Every Season Review Countdown, No. 26: '89-90 Kings Were Depressing On Every Level

Share All sharing options for: Every Season Review Countdown, No. 26: '89-90 Kings Were Depressing On Every Level

We're going to review every season in Sacramento Kings history, starting from the worst and working up to the best. We begin with 1989-90, the worst season EVAR. 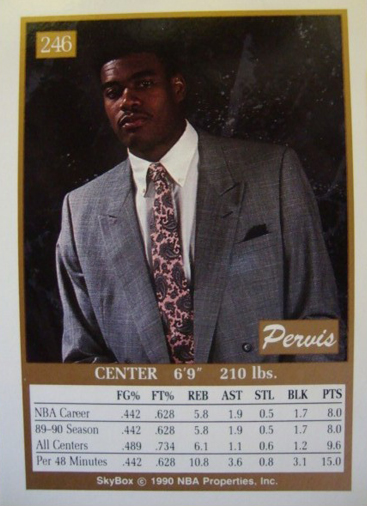 I understand that choosing the 1989-90 season as the Sacramento Kings' worst ever might be controversial, given that every person on this site lived through the 17-win 2008-09 campaign (unless there is a genius 2-year-old who can navigate the web I don't know about oh hey two-year-old Baby Ziller what are you doing with that netbook why are you logged in as cowboyron?!?!). The 2008-09 season is, according to win total, the worst in the 26-year history of the team. But the depths of despair of '89-90 go well beyond results.

(I should also note that I was eight years old during this season, my second on the West Coast. It was a real trial by fire on what it would mean to be a fan of the Kings. It's a wonder I didn't give up basketball entirely after watching this mess.)

The '89-90 Kings went 23-59 on the season, which actually only landed them as the sixth-worst team in the league. Huge bloody asterisk here: four of the five teams below them were expansion teams playing their first season. The Kings only beat the expansion Timberwolves (Tony Campbell, Ty Corbin and Sam Mitchell, what!) by one game. This is how bad the Kings were. (The other team below the Kings? The New Jersey Nets, the worst team in the league, whose top five scorers were Dennis Hopson, Roy Hinson, Chris Morris, Sam Bowie and Purvis Short oh my god that team is so bad geez man.)

The Kings were so bad they only went 7-5 against the expansion teams. Those are like free wins, and the Kings almost went .500 against. Sacramento had four players with a PER above 15 (league average) in '89-90: Antoine Carr (who was acquired in a deadline trade for Kenny Smith), Wayman Tisdale, Rodney McCray and Danny Ainge.

Tisdale was legitimately exciting: 25 years old and four years in, he was a fine power forward who'd start for more than half the league (maybe more). Carr had two seasons with above-average PER: his two seasons with the Kings. Otherwise, he was the definition of journeyman roleplayer. Sacramento was so devoid of talent during Carr's stint he looked like the team's second best player!

Ainge was already 30 years old, and McCray, bless him, wasn't exciting anyone. (Think of him as an early Josh Howard minus the weed habit and size.) The reason we were supposed to be excited about the '89-90 Kings and why we ultimately remember this team as a walking disaster can be summed up in three names: Pervis Ellison, Kenny Smith and Ralph Sampson.

Having been so young in 1989, I can't tell you what the buzz around Sampson (a former No. 1 pick just six years into his pro career, a former 20-10 guy with Houston) was like. The Kings traded Jim Peterson (a decent player) for Sampson, who had fallen off of a cliff because of injuries and was a massive disappointment with the Warriors. (Golden State had dealt two All-Stars in Sleepy Floyd and Joe Barry Carroll for Sampson just a year prior to the Kings' Peterson trade.) Sampson was just two seasons removed from the All-Star team, and three removed from an epic playoff run that took Houston to the NBA Finals.

And he gave the Kings nothing. He hardly played because of those injuries, and wasn't effective when he did make it onto the court.

Kenny Smith wasn't as disappointing, though he was expected to make a leap entering his third season ... but he regressed (his scoring average fell from 17.3 to 15, despite the dearth of creators around him) and he didn't click with Dick Motta. That led to the Antoine Carr trade, which sent one of our good young prospects away for an older journeyman. Awesome.

Ellison was our No. 1 pick in the '89 draft. Again, I was too young to have a read on what other Kings fans outside of my dad and the kids at school thought about Never Nervous, but despite the retrospective view that the '89 draft was a disaster, I think any team is always excited about a No. 1 pick. Unfortunately, whatever positive expectations fans had for Ellison were instantly shattered. Pervis -- the No. 1 overall pick and a four-year starter at Louisville, mind you -- didn't even make the All-Rookie second team. He received zero votes for Rookie of the Year, obviously. (David Robinson, who had been drafted a couple years prior, won in a unanimous decision.) He was a disaster from Day 1: he missed the start of the season due to injury, played all of four games before the All-Star break (averaging 5 points and 5 rebounds in those contests) and finished the season with an 8/6/1.7 line in 34 games.

The Kings cut their losses and traded Pervis for Bobby Hanson (ugh), Eric Leckner (the rare '89-90 rookie worse than Pervis), the '90 No. 23 pick (Anthony Bonner! <vomits>) and three second-round picks. It's hard to overstate how awful this chain of events was: you use the No. 1 pick overall on an injury-prone also-ran, have a terrible season and pawn the No. 1 pick injury-prone also-run off for three bad players and some second-round picks. No wonder the Kings of the early '90s were so atrocious.

(Did I mention Jerry Reynolds, bless him, was replaced as the head coach for the second time during this season? And by Dick Motta!? No justice.)