Share All sharing options for: Jersey Sure, or How I Spent the Lockout of 2011, Episode No. 10 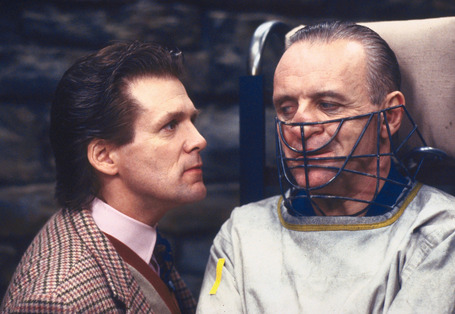 Sacramento Kings head coach Dick Motta (left) informs Eric "Hannibal" Leckner (right) that he has just been traded to the Charlotte Hornets for a pair of future 2nd round picks. Leckner would later celebrate his exodus with some fava beans and a nice Chianti...fff-fff-fff-fff-fff.

Aykis16:  Welcome back to Jersey Sure, now with a higher credit rating than the U.S. Government (Thanks to a strong Zillerbuck). 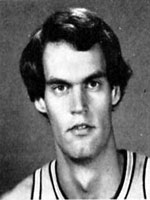 Had Joe Kleine not been drafted by the Kings, Randy Breuer would very likely be section214's avatar.

section214: Legal problems? Call the law firm of Leckner, Breuer, Scheffler & Gray. You want credentials? Get a load of these numbers:

OK, some fun facts here. These guys combined to shoot 34% from the field, 51% from the line, with no 3's to their credit. Steve Scheffler had a per36 of 21.6ppg...with no assists or steals. Devin Gray only played three games for the Kings, but he managed to stretch that into two years, as he played at the end of 1996 through the beginning of 1997. I'll let the poll determine best/worst here.

Aykis:  This might even be worse the 43.  Our choices are Eric Leckner, Steve Scheffler, Randy Breuer and Devin Gray.  Scheffler and Gray only played 3 and 4 games for us respectively, and Breuer and Leckner weren't much better at 26 and 32.  Congratulations Eric Leckner, you're the best player to wear the #45... until almost anyone wears it next.

Due to the statistics amassed by LecknerSchefflerBreuerGray, no players have had any desire to get close to that number. As a result, no one has worn the numbers 46, 47, 48 or 49. 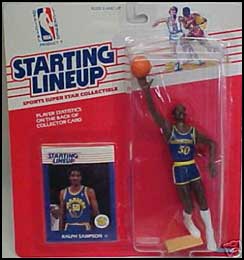 We should have known something was wrong when we traded for Ralph Sampson and he arrived encased in plastic...and with operating instructions.

betweentheeyes: Rich Kelley. The only Kings player I was particularly happy to see at my first game at ARCO 1 as I had seen him ply his skills in New Orleans at the Superdome back when the Jazz played in the Home of Jazz. Could be the poster boy for the post ABA, NBA.

Aykis:  If you traveled back in time to the first season the Kings were in Sacramento and told a fan that Ralph Sampson would be on the team in 4 years, they'd be ecstatic.  Sampson had a superb start to his career, becoming a 20/10 guy with 2 blocks and 3 assists right from the get-go.  But an early knee injury robbed him of his athleticism and ruined a promising career.  By the time he came to Sacramento he was nothing more than a third-string big man.  He only played 51 games for the Kings, and retired his next year after only playing 10 with Washington.

Eddie House was brought in to do one thing, and one thing only: Shoot threes.  He did that admirably, knocking them down at 45% rate.  There was also the Bibby connection, as house is Bibby's brother-in-law.

section: Eddie House would be my fave at 50. He didn't play a ton for the 2004-05 Kings (he also played for Charlotte and Milwaukee that year), but he provided a very nice 3-point touch off the bench. And that's enough to put him ahead of the likes of Ralph Sampson, Ben Gillery, and Rich Kelley.

The Sampson for Jim Petersen trade has been bounced around by some as one of the worst trades in Sacramento history. I have to disagree, inasmuch as it was really a more of a non-deal than a bad deal. Sampson was making less than $1m more than Petersen at the time of the trade, and I think that their contracts had the same run term (though Sampson may have had additional year). The deal probably resonated more because of the timing, as Sampson's acquisition took place during Pervis Ellison's rookie year. Between Ellison and Sampson, every Kings fan was presented with what might have been but will never be, and it wasn't pretty. 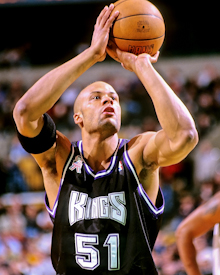 bte: Lawrence Funderburke. Never a Larry, The guy was someone who made the best he could from a body that couldn't.  Funderburke was highly respected in college as someone who should make a great pro - but his injuries turned him into someone who could be very good for spot minutes. I always enjoyed watching him work.

section: Funderburke wore #51 to represent where he was selected in the draft. He was a very good college player but balky knees dropped his value. In fact, the Kings selected him after they chose both Brian Grant and Michael Smith, and Fundy spent his first couple of years playing in Europe (Greece, I think). He wound up playing six seasons with the Kings, and played reasonably well whenever he got the call.

Les Jepsen played 31 games for the Kings in 1991-92 before ultimately returning to his day job at Spacely's Sprockets.

Aykis:  Lawrence Funderburke was everybody's favorite 12th man.  He'd sit on the bench most of the game, but then he'd come in and provide instant energy and hustle.  He was fearless too, coming into the game and being asked to guard Shaq so the other bigs wouldn't get in foul trouble. Every team could use a guy like Fundy-dundy. 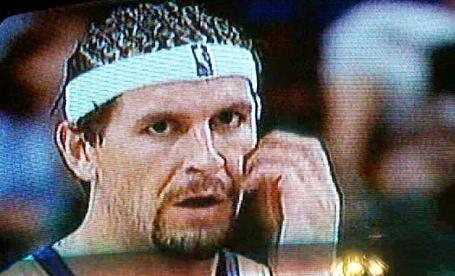 Favorite handles for this look included "The Braid Miller," "The Pur-Don't," "The Day After The Drunken Hunting Trip," "Children Of The Cornrows," "The Can't Defend Duncan, Can't Defend The Hair," and "Goodyear."

Aykis:  No conversation of jersey #52 should be held without discussing Jabari Smith, the loveable bench big guy who would only come in when Coach Adelman needed to keep the other bigs out of foul trouble.  My favorite Jabari memory has to be the time when we were playing the Lakers and thanks to a flagrant foul, suffered an injury (I don't remember to who).  Because the player couldn't shoot the Free Throws, Phil Jackson got to choose who shot, and he picked Jabari.  Jabari sank 'em both.

Brad Miller came to Sacramento being groomed to become Vlade's replacement, and for the year that he, Vlade and C-Webb were together, they were one of the best Frontcourt rotations in the league, despite Webber's flagging health and Vlade's age.  Unfortunately for Brad, he didn't get much run with what he had hoped to be Championship contenders for a while to come; That hope ended in '03 with Webber's knee, although it would take a couple years for us and the front office to realize it.  My memories of Brad get decidedly less fond after the Kings stopped being playoff contenders.  Brad's drive seem to vanish and it really did seem as he was just going through the motions. By the time we traded him, the fans had given up on him, just like he gave up on the team.  Its a shame, because he was one of the better big men to ever play for us, and should've been a bigger part of greater success if things had gone right.

section: I've pointed this out before, but statistically Brad Miller was probably a better center than Vlade Divac. But add the intangibles and it's not even close - Divac is in the rafters and Miller is not really missed. Part of it was timing. Had Webber's knee not given out, Miller would have stepped in for Divac and the Kings would have likely remained a championship contending team for several more years. But Webber got hurt, Miller's role changed, and that was that. A larger part is that Miller did not end well here, and it was reflected in his on court demeanor and play. Miller wasn't the first very good player to have to play on a bad team here (see Ainge, Danny and Richmond, Mitch), but those guys never let their frustration negatively impact their game. Miller, on the other hand, kind of went out like a punk. And that's too bad, because Miller would have been very fondly remembered by the fan base here had he simply finished the way that he started.

Chucky Brown was the 2001-02 version of Ty Corbin or Corliss Williamson - the pro's pro that would ride the pine without complaint, but would give you productive minutes whenever called upon. I liked that team, and Chucky Brown was one of the reasons.

Lockout fun fact: Calvin Booth averaged 3ppg and 3 rpg during his 10 year career. He never averaged more than 7.5ppg or 4.8rpg in any season. Calvin Booth earned $39m during his NBA career.

Aykis:  Only one more batch of jersey numbers left, and we're saving the craziest for last... 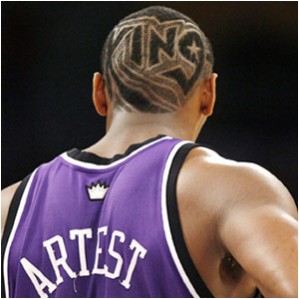