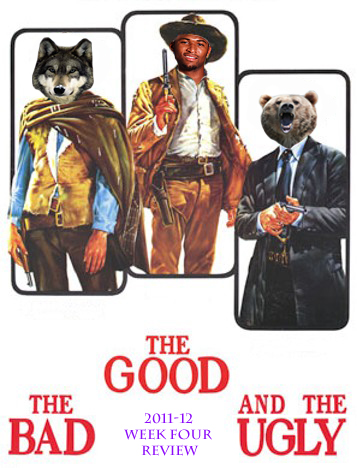 Too bad we can't bring Slamson on the road to deal with the wild animals.

This week featured a disappointing win against another young team, a big comeback at home, a huge upset of a top team on the road, and a huge blowout loss. Kings basketball everyone!

This looked like it was going to be another disappointing loss, against a good Indiana team. The Kings couldn't hit a shot all night, and that didn't change even when the Kings made their comeback in the 4th quarter. It was the defense and energy that won the game, as they held Indiana to just 8 points. Isaiah Thomas and Francisco Garcia came in off the bench and changed the tempo and got to the line. It was a great team win, and they carried that momentum into San Antonio.

The Lakers game to start the season was the most fun victory of the year, but this win against San Antonio was the most impressive. The Kings came out strong, getting out to a 15 point lead early in the first half. San Antonio came back, but thanks to a dominant all-around performance by Tyreke Evans and some big plays from Cousins and Salmons, the Kings won by two, giving San Antonio its first home loss of the year.

4. Ball Movement is Getting Better

Before this week, the Kings' highest assist total for a game was 17, in Houston. This week, they had totals of 16, 17, and two games with 20. The 17 assists in the Indiana game was particularly impressive considering the team only shot 30.1% for the game and had just 28 made field goals. Other than the game against San Antonio, the Kings assisted on more than half their baskets in each game.

There was only one game this week where Tyreke really got his offense going (against San Antonio) but he was still able to make an impact with his defense and his passing. Tyreke is finally growing some sort of mid-range game, and that allows him to do a few things when he drives. He can either pull up for a jumper, continue to attack the basket, or draw attention and pass. He's also become a very solid defensive player. Tyreke's number may be down, but there is no doubt in my mind he's a better player.

6. Donté Greene is Comfortable in his Role

Donté has grown to be a very effective bench contributor despite limited minutes. He's seeming to play more within himself and is making less of the bonehead mistakes or one-on-one "I'm a star" type offense. He's growing to understand that he can be a very effective roleplayer. His 19 points on 11 shots in Memphis were a bright spot in an otherwise dismal performance, and I hope to see him continue to be effective.

Jimmer has been miserable for the most part this season, and this week up until the Memphis game was no different. But against Memphis he came in and played exactly like the guy we wanted to be. He was single-handedly keeping Sacramento in the game in the 2nd quarter with his shooting and passing. He scored 15 points in the half alone, including three straight possessions where he hit a three each time. He was also doing a great job of setting up teammates and had 6 assists as well. He finished with a career high 20 points, and hopefully with his confidence restored.

After the Minnesota game, Coach Smart said he needed to make some changes and he did, replacing J.J. Hickson with Jason Thompson in the starting lineup for the next game. Jason had been playing well and continued to play well in the next two games as a starter. He didn't play well against Memphis, but everyone has bad games now and then.

Sacramento's bench isn't always effective, but they do a good job of providing energy. J.J.'s energy and hustle make more sense off the bench than as a starter, and Isaiah's speed and quickness are perfect for a backup guard.

Minnesota is playing good basketball under Rick Adelman. This was still a game the Kings should have been able to win. Yet Minnesota killed the Kings in the second half as Kevin Love and Luke Ridnour poured it on. The loss left the Kings at just 1-4 on their 5 game trip.

Since coming back from injury, Marcus Thornton has not been playing well. Marcus is a scorer, and when his shots aren't falling, that really hurts the Kings, particularly since Marcus is going to keep shooting regardless of whether he's got it going or not. This was one of the weeks where he was not, as he shot just 17 of 51 (33.3%) in these 4 games. He only played 13 minutes against Memphis, before sitting the rest of the game with a sore thigh, probably an aggravation of his previous injury.

The Kings had seemed to leave their shooting struggles at the line behind until this week. But this week they shot just 68 of 102 (66.7%) and it almost cost them the San Antonio game.

Isaiah does a lot of things well. He's scrappy on D, he distributes well, and he brings a whole bunch of energy. But he is having a really hard time with his shot, particularly this week. He went 2-15 from the field this week, and 0-9 from three. It's too bad, because he does a good job of getting open and spotting up for shots. If those start falling consistently, he'll be a great asset.

6. John Salmons Has Improved But Is Still Struggling

John is still struggling to be the player that the Kings traded for, but I have to give him props for the huge shots he hit in San Antonio. I actually think it's unfortunate that he was sick against Memphis, because it would've been nice to see if his confidence and shot have really returned.

1. Another Blowout Loss in Memphis

The Kings looked tired in this game, but played one of their best offensive games of the year. Unfortunately the defense was atrocious and it coincided with insane shooting by the Grizzlies. It was almost one of those nights where the Grizzlies would have beat anyone they played and there was nothing you could do about it. Props to Memphis, a very good young team. Hopefully Sacramento can get there one day.

As I documented earlier this week, Sacramento is currently on pace to be one of the worst shooting teams ever. This was after the ridiculously bad 30.1% shooting performance against Indiana. They shot better against San Antonio and Memphis, but nothing good enough to write home about. The lockout is a big culprit and the Kings have good shooters, so hopefully they can string a game or two of good shooting together and get their confidence back.

Sandy Sheedy is trying to get key funding for the Arena pushed to a vote on the July ballot. She is doing this not necessarily because she doesn't believe an ESC will benefit Sacramento, but because she wants to align herself against Mayor Johnson. Luckily, it doesn't look like she has the support.

DeMarcus is becoming a double-double threat every night as well as a solid defensive presence. His shooting has been much more efficient, particularly thanks to his silky smooth jumper from outside (10 of 15 from 10-23 feet this week). He's also a dominant force on the offensive glass, which has helped with how poorly the team has been shooting. I remember a few years ago when people asked "Man, how good would Jon Brockman be if he was taller and could shoot?". Right now, DeMarcus is your answer.

The Kings announced today that they have signed Orunj Cohen

The 2 foot, 4 lb. Cohen becomes the second player to be signed out of Israel, the first being Omri Casspi.

"We are thrilled to have Cohen as part of the Kings organization," said Geoff Petrie. "We think that he will be an impact player, just like John Salmons."

Hey Salmons, you're getting closer, only missed it by this much! 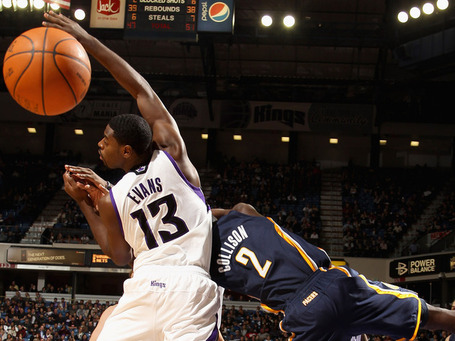 This week's caption contest winner gets to start at Small Forward.

How would you grade the Kings under Keith Smart after the first 10 games? I would give the team a solid B, going 4-6 with noticeable improvement on the court. Sure there have been some big losses, but the team has been on the road for the most part and had little practice time. They've also missed two starters in Chuck Hayes and Marcus Thornton for chunks throughout.

@ Portland 1/23 L (Gerald Wallace may not play, but Portland has all the tools to shut down the Kings best players while still scoring on the other end.)

v. Denver 1/25 L (Denver murdered us last time we played them a few weeks ago, and while I think this game will be more competitive, Denver is still much better than us and is also an excellent road team.)

@ Utah 1/27 W (Utah has been very good for a rebuilding, young team, and especially at home. However, I think we match up well with them and could begin this trip off strong.)

Nostradumbass Record for the Season: 12-5