We're going to put our hearts together and raise some dough for animals that need homes.

In the past, we've raised a lot of money for good causes. We once raised $999 for the Sacramento SPCA through The K-9 Fund Drive. (Woof!) We also raised enough (almost $2,000) to send 80 folks who couldn't afford tickets to Here We Stay Night 1 in February 2011. We're doing it again for what we're calling Royal Jelly 2012. This time, we're hoping to raise $2,800 for the Yolo County SPCA by January 1. (This is the Kings' 28th season in Sacramento.)

It was really awesome raising money for SPCA in Sacramento a few years back. Charities everywhere are hurting as the slow recovery starts to rebuild folks' lives. A major problem for animal welfare charities, though, is that while money has dried up due to the economy, the needs have never been greater. Local governments have cut funding for animal services. What do those reduced funds actually mean? Increased kill rates. Rescued animals require food, care, space. All of that costs. When the SPCAs can't take anymore animals because of short funds, the counties take them long enough to flip quickly or to allow families to find them if they're lost. But that period of salvation is shorter.

It's a particular problem in Yolo County. The Yolo SPCA is foster home based shelter -- there's no "shelter", per se. Foster families care for animals until new families can be found. Obviously, while this is a fantastic, low-capital situation, the number of animals that can be cared for at any given time is limited. That puts a lot of pressure on the county's animal services unit, run through the Sheriff's Department. The employees and volunteers of animal services do great work to save animals, but because it is so overloaded the shelter is forced to kill 55 percent of its cats and 25 percent of its dogs. That's just an astronomical kill rate.

More funds for the SPCA will allow it to more effectively place animals in permanent homes, freeing up foster homes for new rescues. It'll also help supply food and supplies for those current rescues and help subsidize low-income adoptions. Structural fixes are needed in the way Yolo County handles animal services. That's in progress. In the meantime, our donation can help create a bridge for the former and future pets of Yolo County. So let's do this.

If I can't convince you, maybe my Yolo SPCA rescue Stella can. 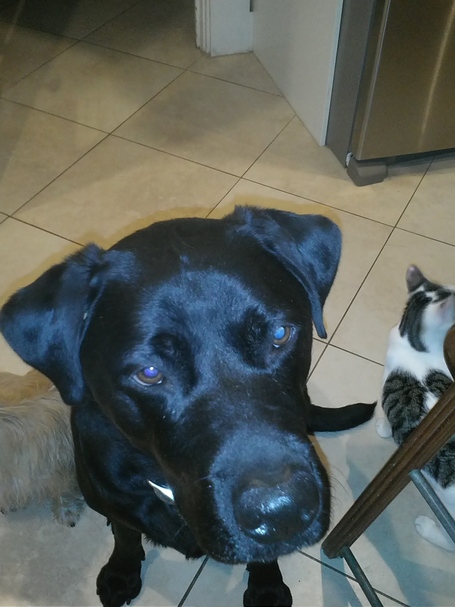 Donate right here through Crowdrise. If you'd like to donate items to a raffle, hit me up at tom AT sactownroyalty DOT com.