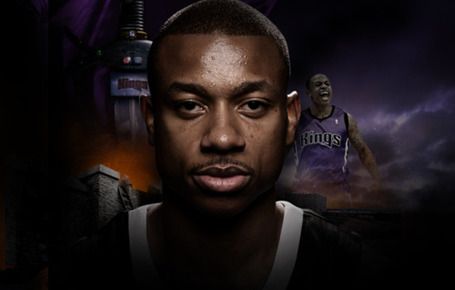 When a rookie enters the NBA, it is typically easy to identify his area for growth. For DeMarcus, it was conditioning and attitude. For Tyreke, it was his jumper and an optimal position. For Jimmer, it is adjusting to the speed of the game and a diminished, playmaking role.

As a Kings fan, this is genuine cause for excitement.

If I were to offer quick summation of Isaiah Thomas' strengths and weaknesses, the admittedly bias tally would look like this:

The positives outweigh the negatives 8 to 1, but it gets even better, long-suffering Kings fans. The sole negative is a strength in disguise.

Being limited in stature, and according to Draft Express, Isaiah measured out at 5’8" and ¾ without shoes, or listed at 5’10" with shoes, which makes him the second shortest player ever drafted into the NBA throughout their measurement history (about 20 years, second only to Nate Robinson who measured one inch shorter), and would seem to be serious impediment to long-term success.

Yet lack of height is a detriment only when it is not compensated through favorably comparable strength, which enables a player to his hold position defensively, beat a player to ideal spot on both ends, play through contact, including the nudges and shoves that throw a lesser player off balance (see Pooh Jeter).

A skilled player that happens to be small, but sturdy in stature has a lower center of gravity, can turn the corner more readily on relatively slow-footed ‘bigs’, split double teams with less space needed, and find passing angles amid outstretched limbs with more regularity.

In short, being short in stature is an invitation to create havoc all over the court, if you can command your space amidst the tallest of timber.

Diminutive in size, yet sizable in impact.

So there you have it. Lack of height is a strength in camouflage. Hence, Isaiah Thomas has no weakness.

New York has Linsanity. Sacramento has….Thomawesomeness?!? (Hey, they can’t all be gems.)

OK, wait, give me a break Blob, quit being an unapologetic homer…Isaiah is shooting 41%, and the team is 1-3 with him as a starter.

Aren’t you going overboard in your unadulterated praise?

Look, a player with special ability jumps off the TV screen. (At least it does mine, revealing of truth and wisdom. I can’t speak for yours, and you know who you are :p)

Isaiah looks ready to make an impact before he checks into the game. The look on his face definitively says "Put me in the game, coach. No, seriously. Put me in. What are you waiting for? Uh, like now, duh.". Isaiah seems perpetually happy. If you were in a place you knew you belonged, knew you could excel, knew you could succeed to considerable effect, you’d be apt to smile too.

Isaiah had the distinct look of a legitimate NBA player since his clutch play as a Washington Husky, during casual pick-up games during the extended lockout, including the Bench Mob Classic. The last four games as a starter are a continuation of the rationally expected.

Ultimately, lack of height is not a deterrent. It is a chip on the shoulder to spur achievement.

The question thus becomes: How good great can Isaiah Thomas be?

Isaiah Thomas reminds me of Denver Nugget Ty Lawson. Bad-ass and ready to bring it. A sense of belonging, a commitment to force tempo, and no hesitancy to take (and make) a big shot. Able to deliver, and leave defenders grasping at air.

Can Isaiah be this good someday? Or better? I think he can.

Again, according to Draft Express, Lawson and Thomas are comparable physically and athletically.

The conclusion is obvious. There is nothing physically or athletically to prevent Isaiah from being a player as accomplished as Ty Lawson.

Next question: How does this happen?

Gaining continued alliance with head coach will pay immeasurable dividends. Heeding words of the man who decides playing time will work to your favor, assuring minutes upon the court to spur growth for balance of the season, whether in victory or defeat. Do best to execute strategy, balancing shot distribution fairly, and playing time will be yours.

Isaiah has the quickness to get himself open for looks. His penetration, crossover and step back are tough to defend against most formidable of opponents. Now, make your shots at slightly higher rate. Isaiah has picture perfect form on his jumper. He has a smooth release, and excellent balance. This bodes well to an elevated shooting percentage near 45% FGs with increased playing time, rookie wall withstanding.

(3) Slow down the best guards in the league.

Isaiah likes to pick up near half-court. He likes to get physical. He likes to fight through picks. Keep doing this. Use your strength, quickness and footwork to harass non-stop.

(4) Involve as many of your teammates as much as possible.

The Kings have a roster of underachievers not named Tyreke, DeMarcus or Marcus. The more that Isaiah can do to generate easy baskets for struggling teammates, the more he can jump start a subset of teammates who need facilitated assistance.

How good great can Isaiah Thomas be?

As good great as a 5' 8" and ¾ player without an identifiable weakness can be. 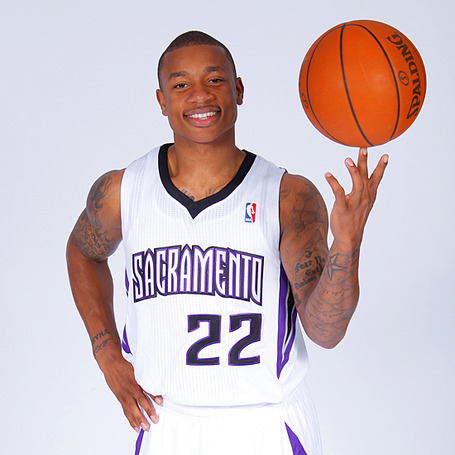