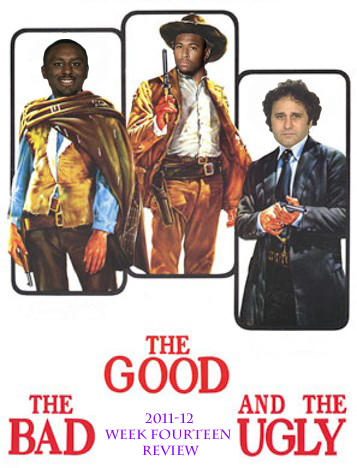 The Kings have lost a lot of ugly games this year, so it was nice to see them tough one out against the Jazz. It was a grueling, physical game and the Kings lost a bunch of statistical categories, particularly at the Free Throw line where the Jazz had over 50 attempts, spotting the Jazz 16 extra points.

The Kings have already beaten the Spurs once this year, and they played them close in their second matchup as well. The veteran team won out with better execution in the end but there were a couple of stellar performances on the Kings part. The biggest was easily Isaiah Thomas, who finished with a career-high 28 to go with 10 assists while helping hold Tony Parker to just 10 points.

4. Terrence Williams Signed On For Rest of the Season

The Kings liked what they saw from Terrence Williams on his 10-day contract so much that they signed him for the rest of the season instead of going for a second 10-day contract. I would say Williams has easily surpassed any of our expectations with his defense and playmaking.

One guy that has made the most of the time he gets on the floor is Donté Greene. He's seen very limited playing time but always seems to do something useful on the court. He's become much better attacking the basket, at rebounding, and on his decision making. I kind of hope he sticks around on this team, but I'm not sure management sees a future for him here.

'Nuff Said. For real though, Marcus is a special scorer, and young himself too. This team has talent.

11 steals in three games this week for Tyreke. That's big for him, because steals lead to fastbreak opportunities and there are very few players in the league that are better than him in transition. It's no surprise to me that his worst game this week, against the Spurs, was also the one where he just had one steal. The Spurs packed the paint on him in the half court and he couldn't do much. But get Tyreke in transition and most of the time you can just put up two points on the board.

1. Throwing Away a Win in Houston

The Kings had a career-night from DeMarcus Cousins in a close game against the Rockets, but the end of the game saw incredibly poor execution as the Rockets came back to win it in overtime. Patrick Patterson killed the Kings in the 4th quarter, hitting the game-tying jumper to send it to OT in the first place. Credit to the Rockets for pulling it out in a game they needed to win to stay in the playoff race.

JT came back from injury and had a decent game against the Spurs, but followed it up with two so-so performances. After the way he had played prior to the injury, I had come to expect more from him. Hopefully it's just a blip on the radar.

Dare I say it, we miss John Salmons, if only for depth. He's our best bench player and provides a steady veteran presence while being able to do multiple things. He's obviously not a long term decision, but his absence has just shown how bad our bench is right now.

Francisco is supposed to be one of the guys who steps up in an injured player like Salmons absence but instead has played very inconsistently. Just 4 points on 10 shots in the whole week for Cisco.

Chuck has not looked good, particularly when he's the lone big man on the floor. He's too short to rebound effectively, he has no reliable offensive game, and when he doesn't have a go-to guy to defend, doesn't have much of a defensive impact. Chuck is a guy I would love if we were a good team, but his use on a bad team as the sole backup big man does not make him look good.

6. The Jimmer Fredette is a Point Guard Mantra

There has been a lot of talk lately on Jimmer's role with the Kings and we've heard repeatedly about how this team considers him a Point Guard. Yet they barely ever play him at the Point, preferring him off the ball, partly because of the fact he's the best spot-up shooter on the team and partly because he has trouble dealing with pressure. But if you're so adamant in making him a point guard, don't you want him to learn from his mistakes? Or if you don't really believe he's a point guard, why don't you just say so?

George Maloof kicked off a shit storm this week as reports came out that the Maloofs were refusing to pay the $3.2 million they were slated to pay in pre-development costs for the new arena. It got to the point that David Stern had to step in and fund the first two weeks of pre-development costs on the behalf of the Kings, and it's also likely he'll step in and pay for the Maloofs part of the pre-development in order to make sure there are no more bumps. Tom broke this down better than I could already this week, so if you missed it, check it out.

2. Getting our Butts Handed to us at Home by the Nets

The Nets are a better team than their record implies, especially with the addition of Gerald Wallace, who has routinely killed the Kings. Deron Williams isn't bad either, but the Nets are hardly an elite team and Sacramento should have been able to handle them at home. The Kings may have been tired from being on the back end of a back-to-back, but that excuse doesn't fly since the Nets were in the same bind. This should have been a win, and instead it was an embarrassing loss.

The last couple of weeks DeMarcus has been on somewhat of an unreal tear. He has just been dominating games. The Houston game in particular was huge, as he just tore apart two very good veteran big man defenders in Samuel Dalembert and Marcus Camby on his way to a career night. It's easy to forget just how young DeMarcus is but he is just 21 years old and only in the 2nd year of his playing career. He's been improving exponentially month after month, even with such a weird season. I can't wait to see him realize his full potential, and hopefully it's in a Kings uniform.

Image / GIF of the Week: (In response to a comment by StR user "SactownRoyalty" These cockwads make it so difficullt to root for this team

Tyreke Wasted at the SF by rise_to_mediocrity - Some good points raised here. Kings have quite a conundrum going forward, particularly if they do acquire a true SF.

"I wonder what Coach meant when he told me that my future was in my own hands?" 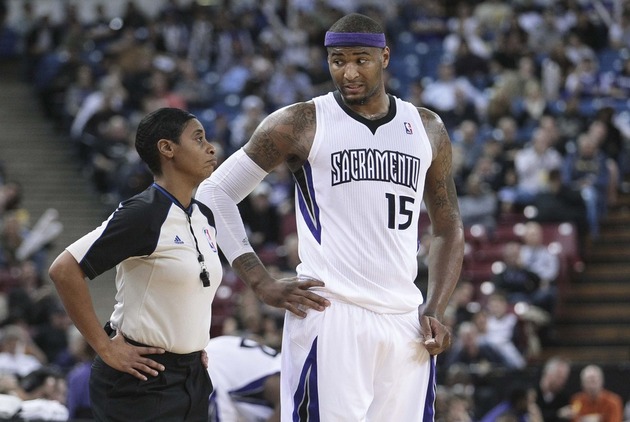 This week's caption contest winner gets a technical foul on DeMarcus Cousins.

I've read some discussion this past week on what the best story of the Kings has been this season and it is largely between DeMarcus Cousins' Emergence and Isaiah Thomas. Which do you think is the best story?

DeMarcus Cousins is the most important story for the future of this franchise, but Isaiah is definitely the best story in my opinion. From the 60th pick, we've gotten perhaps the 2nd best rookie from this draft. Isaiah is getting it done, on and off the court.

v. Minnesota 4/2 W (We handled the Wolves pretty handily last time and they should be without a couple key players again, notably Nikola Pekovic. I think we can handle them again.)

v. Phoenix 4/3 W (Phoenix has done a very good job on us this year, but Grant Hill's season and career may be over thanks to a knee injury. He was the Suns best perimeter defender, particularly on Tyreke.)

v. Los Angeles Clippers 4/5 W (The Clippers are fighting for playoff position and they have a good team but these Kings have had no problem getting pumped up for big games like this

@ Los Angeles Clippers 4/7 L (We aren't going to beat the Clips twice in a row.)