Vegas Summer League is Back!

Share All sharing options for: Vegas Summer League is Back! 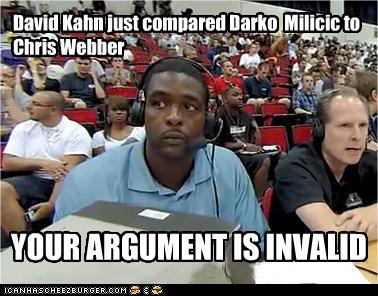 The NBA has announced its dates for Las Vegas Summer League 2012. July 13-22 is the time frame, and tickets go on sale June 1. Some of our StR members have been to VSL in the past, and we invite them to comment in the thread as it pertains to their summer league experience.

It will be interesting to see if Isaiah Thomas plays in VSL after the rookie season that he has turned in (I'm guessing yes - dude's a gym rat). Jimmer Fredette, Tyler Honeycutt, and the Kings draft picks should be automatic. Hassan Whiteside? Probably depends on his ankle injury rehabilitation. Even Travis Outlaw has hinted that he might log a little time in the summer league. I'm (blind arse) guessing that DeMarcus Cousins will make an appearance but will not play.

I plan on going this year (at least for a couple of days), so you can look forward to the "View From the Bottom of section214's Vodka/Cranberry Glass."

Who else is going? Which one of you nuts has got any guts?