Maybe We Should Look at Upgrading the Small Forward Position

Share All sharing options for: Maybe We Should Look at Upgrading the Small Forward Position 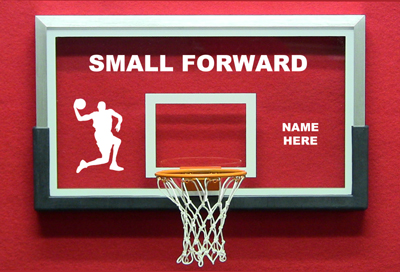 Dove-tailing off of Aykis’ fine but depressing post on the state of our wings, I began to think about ways that we could fix the small forward position. Some of these require panning a little gold in the draft, while others require a little in-house miracle, and others still fall under the "If only…" category.

First off, I see the roster as really only having two small forwards on the current roster in Travis Outlaw and Tyler Honeycutt. Tyreke Evans, John Salmons and Francisco Garcia are really nothing more than 2 guards that move to small forward when the team "goes small." Donté Greene is likely gone, and even if he stays he is not the answer, unless the question is "Who is not a starting NBA-caliber small forward?" Terrence Williams may or may not be here next year, and I see him as no more a small forward than Evans/Salmons/Garcia (OK in small doses, but not the 30 minute a night solution for the small forward position).

I may be underselling Evans at the small forward here, but I just don’t see him as a guy that is going to have any defensive success against guys like Durant, Gay, Batum…even guys like Budinger and Gallinari could give him problems. Further, when you combine him with a backcourt of Thomas and Thornton, I just don’t like the defensive "presence" that we are seeing here. Two of Evans’ greatest attributes (his length and his strength) are virtually nullified when he is moved to the small forward position. In short, the only reason that Evans has spent time at the small forward position is because the roster has been bereft of better options.

So, if Outlaw and Honeycutt are the only real small forwards on next year’s roster, how do we set to improving this position?

DRAFT Let’s look at the draft first, since that seems to be the most viable current option. The Kings currently reside in the 5th hole in the draft, but the odds favor the team ultimately selecting 6th. However, for our purposes, let’s take a look at the top small forwards available, and how their arrival could impact the team.

Michael Kidd-Gilchrist looks to be the best of the bunch here, and he would be at least an even money bet to beat Outlaw or Honeycutt. MKG would be at least the most enthusiastic defender at this position, though there is a steep learning curve when it comes to learning NBA defense, as well as gaining the respect of the referees. However, if MKG is your starting small forward, you almost have to have Thornton in your starting lineup as a perimeter threat. This would mean turning Evans into your super 6th man. His willingness to do this notwithstanding, this could work if the idea was to have MKG play 25-30 minutes a night, with Evans on the floor when the team goes "small," as well as logging time when Thornton is off the floor. That probably doesn’t leave significant minutes for Williams (if re-signed) or Fredette, barring injuries.

Harrison Barnes would be the flip side – a guy that could probably come in and provide perimeter scoring instantly, though he would probably not be much of a near-term improvement on the defensive end. However, by putting him at small forward, you could go with an Evans-Thomas backcourt, which would be a defensive improvement over Thornton-Thomas. Now Thornton becomes your super 6th man, with Evans still moving over to small forward when the team goes "small." In either the MKG or Barnes scenarios, you probably have Evans, Thornton and Thomas on the floor at the end of games when you need offense, and Thomas, Evans and either MKG or your-guess-is-as-good-as-mine when you need defense.

The sleeper here (literally, if you believe some of the reports) is Perry Jones. Most folks project Jones as a power forward, he could surprise in individual workouts and establish himself as a viable small forward. Blind guess here, but I don’t see Jones coming in an instantly being better at any particular thing than the current options. Best case scenario might be that he could log some viable minutes at small forward as a rookie, but you’d still be counting on others to contribute substantial minutes here.

Terrence Jones could be another guy that surprises in the workouts. He’s a guy that seems to do everything, though nothing in his game is particularly outstanding. He’s kind of Marvin Willams-ish in that regard.

I don’t see Moe Harkless as a fit here, but I have honestly not seen more than a handful of his games. He struck me as a worse perimeter shooter than MKG, and his defense does not compensate for that.

IN HOUSE This is the next most likely scenario, so let’s (guh!) look here next.

Full disclosure here: I once thought that Luther Head might be the answer for the Kings backcourt. With that said, I’m not ready to pronounce Travis Outlaw a disaster. Outlaw showed up here very late in the shortened preseason, and he was coming off a wrist injury. It appears that it took him most of the season to get anywhere near back to "form," and he managed to shoot 40% from 3 (10-25 – thanks SSSI!) in the month of April. Could Outlaw return to his Portland form? At $3m a year for the next three seasons, he would be a relative steal if he could. And he seems willing to put in the effort, even hinting at playing in summer league. And he has apparently made an impression on Keith Smart with his work ethic and attitude. I’d hate for the Kings to rely on Outlaw’s re-emergence, but his Portland-era skill set would work nicely with an Evans-Thomas backcourt.

According to the roster information found at Basketball Reference.com and ESPN, Tyler Honeycutt entered the season weighing 188 lbs., or 3 more pounds than Isaiah Thomas, and 7 pounds less than Jimmer Fredette. Outlaw has 22 pounds on him. MKG and Barnes have 30-35 pounds on him. Guys like ‘Melo, Rudy Gay, Paul Pierce, Danny Granger and Marvin Williams go 230-245 pounds. So it seems that for Honeycutt to become relevant to this conversation, he will need to bulk up. And at age 21 there is still time to do that, but one would doubt that he will be ready by the beginning of next season.

ACQUISITION (AKA THE "IF ONLY…") ROUTE This is where we dream of Memphis imploding in the playoffs and determining to offload Rudy Gay and his 3 year, $53.7m contract. Gay solves the issue at the 3, adding a much-needed star with playoff experience. The cost? Who knows? The draft pick, Fredette, Honeycutt and the team amnesties Salmons? Pure, 100%, blind arse conjecture.

Gerald Wallace is opting out, making him a free agent. He turns 30 in July. There is a lot to like about what Wallace might bring to this Kings team, but I’m betting that he’s going to want big money over four years. That’s a heckuva investment considering his mileage.

Is free agent Matt Barnes an improvement over what we currently have? He can defend and stick a 3 (though not to the percentage that he would have you believe – about 33% for his career). He is also 32 years old, so he’s probably a band-aid, at best.

An offer for Landry Fields that the Knicks can’t match? Could the 6-7, 215 lb. Fields transition from shooting guard, or would he wind up being just another ‘tweener?

Make Nic Batum an absolutely obscene offer? I’m guessing that it will take at least that to pry him from Portland.

CJ Miles is another unrestricted free agent, but I see him as another ‘tweener.

I have not listed Irsan Ilyasova here, as I see him as being a power forward (would love to have him, though).

OK, that’s my drivel. Now it’s your turn. How do you fix the small forward position, and how do you handle each of the roster dominos that fall as a result? "If only…" rules apply here, so knock yourself out!