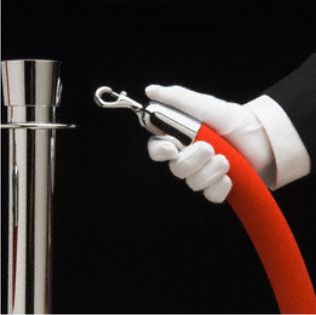 I have a friend (no, really!). We’ve been friends since 1973, back when the NBA’s best included Kareem Abdul-Jabbar and Dave Cowens and Tiny Archibald and Wilt Chamberlain. Neither one of us grew up with much, be we didn’t go without, either. We were bonded by our love for sports, and that bond grew into a friendship that has withstood the test of time and geography.

Success has not changed my friend over the years. Oh sure, he has become one of the greatest parents that I have ever seen (his kids are unbelievably tremendous human beings), his marriage is closing in on 30 years, and he is philanthropic to an amazing extent. His success has enabled him (and me on several occasions) to play some of the finest golf courses in the country, dine at some of the great restaurants, and sit in some of the better seats at big sporting venues and events. But through all of this, he's pretty much the same guy that he was when we first became friends. He never puts on airs, but I think that he enjoys granting me access to the right side of the velvet rope every now and then. And I can't front - I love every second of my time in the upper atmosphere, and I always have to adjust back to reality when I return to my "real life."

All of this kind of came to mind yesterday while I was surfing around on the internets. I was over at Blazer's Edge, where I read Dave's post on the draft process. This is the type of post that is needed when your fan base has seen the playoffs 29 of the past 36 seasons. The Kings have been to the playoffs but 10 of the 27 seasons that they have been in Sacramento. Put another way, the Blazers have participated in the draft lottery five times since the Kings moved to Sacramento. The Kings have been there five times in the past five seasons (six if you include the upcoming draft).

Blazers fans and Spurs fans and Mavericks fans and Celtics fans and Bulls fans and Nuggets fans and Pistons fans and Rockets fans and Pacers fans and L*kers fans and Heat fans and Knicks fans and Thunder fans (and their forefather Sonics fans) and Magic fans and Sixers fans and Suns fans and Jazz fans have all spent more time and energy on the playoffs than the draft lottery during the Sacramento Kings era, while Kings fans have spent 63% of their post seasons preparing for impending lottery and draft. The above listed fans know about meaningful basketball in May and June, while we have adequately beaten BPA vs. need to death (here's betting that most of these fans wouldn't even know what BPA stands for).

Such is life when you live on the wrong side of the velvet rope that separates NBA fans. Go Beavers!

For the first generation of Kings fan, the lottery and draft was a common occurrence. Hell, it seemed like a birthright. The Kings made the playoffs in their maiden year in Sacramento, and then sat out the postseason for the next nine seasons. And while the L*kers and Rockets and Pistons and Bulls and Celtics won championships during this period, the Kings were drafting the likes of Kenny Smith (6), Ricky Berry (18 - I believe that the Kings lottery pick that year went to the Clippers as part of the Derek Smith trade and wound up becoming Hersey Hawkins), and Pervis Ellison (1).

In 1990 the Kings had four selections in the first round, and they spent them on Lionel Simmons (7), Travis Mays (14), Duane Causwell (18) and Anthony Bonner (23). It is telling that my fondest memory from that draft is eating a bucket of KFC extra crispy while sitting on a bed in the Willows Best Western. Recapping, the Kings had the #1 pick in '89, four 1st round picks in 1990, and failed to crack the 30 win mark in either of those seasons or the three following (in all, the Kings strung eight seasons of sub-30 wins during this period).

The following year the Kings drafted Billy Owens (3), who was so adamant about not playing in Sacramento that his rights were traded to Golden State for Mitch Richmond. Walt Williams (7) was next, then Bobby Hurley (7). Brian Grant (8) represented the first of Geoff Petrie's draft picks. Corliss Williamson (13) was drafted the following year, 1995.

The 1995-96 season broke a nine year drought for the Kings, and they made the playoffs for the first time since the 85-86 season. The indelible moment for Kings fans came when the ARCO II was to host its first ever playoff game. The fans in attendance rose to their feet in mad applause when the Kings took the floor for warm-ups...and they continued to remain standing, and they continued to cheer madly. For roughly twenty minutes, the fans yelled and screamed and wailed, all the way through player introductions, well into the actual game. By the time the halfway point of the 3rd quarter arrived, you could look around the arena and see that the fans were becoming physically exhausted. This post season rooting stuff was all so new and foreign to us. Perhaps we didn't know how to handle life on the right side of the velvet rope, but we sure were enjoying it.

The Kings drafted Peja Stojakovic (14) the following year, to the lusty boos of the fans that were attending the draft "party" at ARCO (how could we pass on John Wallace?!?). Peja did not arrive in Sacramento until two years later, and in that time the Kings made two more lottery appearances, Tariq-Abdul Wahad (11) and Jason Williams (7). It appeared that our time on the right side of the velvet rope was to be short lived.

It was during this period that we became much more interested in free agents such as Scot Pollard and Bobby Jackson and Jim Jackson, and trades such as Williams/Bibby and Williamson/Christie and. We became far less interested in the draft, which consisted of Hedo Turkoglu (16), Gerald Wallace (25), and Kevin Martin (26). Who were these guys? Who cared?

Turkoglu and Pollard were subsequently traded for Brad Miller, and Wallace was lost to the expansion draft. These were the dealings of a team living in the here and the now, a team that was championship contender material. And as fans we gave the draft picks about 10% of our time and energy, with the balance focused on a continued standard of excellence that saw eight straight playoff appearances and an overall regular season winning percentage of .633, which would be the equivalent of a 52-30 season.

And Kings fans were spending an awful lot of time on the right side of the velvet rope, and entitlement and expectations grew, and we scoffed at the draft lottery teams that would tank games in an attempt to improve their feeble lot in the grander schemes of the NBA universe. We would travel to the Bay Area en masse and douche up the indoor Oakland Coliseum a couple of nights each year. We would sell our early round playoff tickets to help pay for next year's season tickets. Life was good.

After the crumbling of Chris Webber's knee, the fortunes of the franchise followed. Webber was traded in the 2004-05 season and the Kings made the playoffs that year, losing in the first round. Francisco Garcia (25) was drafted. The Kings dealt Stojakovic for Ron Artest the following year and made their last playoff appearance to date, again losing in the first round. Quincy Douby (19) represented the last non-lottery pick from the golden age of Kings basketball.

And as the past few years have gone by, the third generation of Kings fan has come into the fold. The group that came in at the end of the great run or even after the run was over. A group that arrived in time for Spencer Hawes (10) and Jason Thompson (12) and Tyreke Evans (4) and DeMarcus Cousins (5) and Jimmer Fredette (10). A group that knows little of being on the right side of the velvet rope, but knows way more than it should about the draft lottery, including how many teams can potentially move up or down (3), which spots we can mathematically fall into (1,2,3,5,6,7,8), and which spots we feel that we will fall into (6,7,8).

I always appreciate my time spent on the right side of the velvet rope, even if I know that I will eventually have to go back. My wish for each and every Kings fan is that they are once again ushered over to the right side of the velvet rope. That one day we will know more about DeMarcus Cousins' playoff statistics (as a Sacramento King!) than the collegiate statistics of the next great thing. That we will spend time reviewing the injustice that the coach of the Kings did not get recognized as Coach of the Year, instead of wondering why the current coach still has a job. That a day will come when we welcome tanking teams into our new arena with open arms, laughing mightily at their starters that pale in comparison to our bench.

Here's to a time hopefully not too far away where our playoff game threads overwhelm our draft threads.

Yeah, I'm draft bored, pal. Unhook that freakin' rope and let us through. And while you're at it, get these snails out of here and bring us those cheese sandwich appetizers that you talked us out of.

What do we want? The #1 pick and new owners!