NBA Cult Classics: These Are a Few of My Favorite Hipster Kings

Share All sharing options for: NBA Cult Classics: These Are a Few of My Favorite Hipster Kings 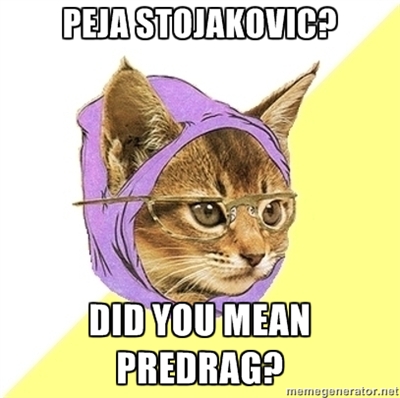 Tony Delk was the Beta version of Bobby Jackson. A super athletic backup scoring guard, Delk would come into games and inject a lot of energy and excitement. He wasn't a great shooter, but he was excellent attacking the basket, and he could throw it down for a little guy too, which was a bit rarer a decade ago. I remember being a bit miffed when the Kings opted not to re-sign him in favor of Bobby Jackson, but boy did I get over that quickly. Still, I'll always remember the next year when Delk, now a member of the Phoenix Suns, came into ARCO and lit the Kings up for 53 points, singlehandedly keeping Phoenix in the game. The Kings still won, but it was close and took an extra period. Amazingly, none of those 53 points came from beyond the arc. Before that, the last time a guard scored 50 points without hitting a three was in 1994 when Jim Jackson did it.

Fundy-dundy was the ultimate teammate and professional during his time in Sacramento. For 6 seasons, he played the role of 4th or 5th big off the bench, going weeks without playing at all, but always being ready when called upon. Often, Funderburke would simply come in to sop up fouls, in particular against the Lakers and Shaquille O'Neal. Here was a 6'9 forward who maybe weighed 230 lbs on a good day, going toe-to-toe with Shaquille O'Neal in his prime and he didn't complain a bit. He just went out there, and did his job, and I'll always appreciate that.

While the 2001-02 Kings team won the most regular season games and came the closest to a championship, I've often stated that I believe the 2002-03 Kings team was even better (and probably would have won a title if not for the injury to Chris Webber). Following that heartbreaking series loss to the Lakers, the Kings upgraded even further by adding Jim Jackson and Keon Clark. Clark brought something to the table that they hadn't had for a long time: shot blocking. Despite being a twig of a man, Clark's length, explosiveness, and great timing made him a phenomenal shot blocker. He led the Kings in blocks that season while only playing 22 minutes a game. Clark also had two game winning shots that season, both while visiting the Dallas Mavericks and just weeks apart from each other.

I didn't understand at the time why the Kings traded him for basically nothing after the season, but I've since learned that Clark had a lot of inner demons that he was battling, and still is today. Clark had an issue with both drugs and alcohol, and is currently serving time in prison. I hope he's able to overcome these problems and have a fulfilling life.

When the Kings traded down in the second round of the 2008 draft, I was very happy that they were getting Sergio Rodriguez from Portland. Rodriguez had played a couple years in Portland but had never seemed to get a great chance to shine, and with the Kings coming off a year in which Beno Udrih really struggled, Point Guard was of a big concern. Rodriguez also helped satisfy a bit of my Rubio-obsession that summer, when the Kings opted to pick Tyreke Evans over him. Alas, Rodriguez never really got his chance to shine in Sacramento either, as Evans went on to have an amazing Rookie of the Year campaign at Point Guard, and Beno Udrih redeemed himself as Evans' partner in the backcourt. The few times Rodriguez did get a chance to play, he made the most of it, assisting at a very high rate, and hitting his shots at a good clip, something that was supposedly a weakness for him. Rodriguez was shipped out to New York later that year in the Kevin Martin trade, and has since left the NBA to play for Real Madrid in Spain. I still think Rodriguez has NBA starting PG talent, and if the right opportunity presents itself, I do hope to see him in the NBA once again.

To longtime StR readers, it's going to be no surprise that Brockman is on my list. Jon Brockman is a special favorite of mine, because it was here on StR that I came up with the nickname "The Brock Ness Monster" for him. Then Jerry Reynolds got a hold of it and popularized the name on air, which was awesome. I even got to talk to Jerry about it and share a laugh, still one of my favorite Kings-related memories.

But more than nicknames (Mancakes was another StR favorite), Brockman won his way into all of our hearts through his tenacity and all-around hustle. There was nothing he wouldn't try to do. He sacrificed his body diving for loose balls, took a bunch of charges, set good screens, and fought for every rebound. He was also perhaps the biggest hero in the epic 35 point comeback in Chicago, as he completely changed the momentum of that game.

Even in leaving Sacramento via trade, Brockman helped the team, as the Kings were able to get the 2nd round pick that became Isaiah Thomas. Right now, Brockman is a member of the Houston Rockets, and with 21 players on their roster and a lot of Forwards, he could be waived and enter the market. If that happens, I hope Jon finds a good situation where he can do what he does best for a lot of years. Every team could use a guy who works and plays as hard as Jon Brockman.