Share All sharing options for: Kings give community assist with charity programs

As the 2013-14 season begins, the Kings are ramping up their charitable activities.

According to a Kings representative, the team has raised more than $100,000 for ten local charities through season ticket sales as part of the "SacramenTENs Assist" campaign.

The campaign is part of the Sacramento Kings Foundation's efforts to raise revenue and awareness for community nonprofit institutions.

"The Kings organization cares deeply about this community, and we are thrilled to celebrate the extraordinary charitable work that takes place in Sacramento on a daily basis," said Kings President Chris Granger in a team statement.

In addition to the "SacramenTENS Assist" campaign, the Kings and its Foundation will host the Rhythm 'N Rims charity event on Sunday to benefit local nonprofits. At the free event, which will be held at the State Capitol and Capitol Mall in downtown Sacramento, the Kings will hold a full-team exhibition game at noon in a temporary arena built specifically for Rhythm 'N Rims.

Here are some shots of the court being set up. As you can see, it is going to make for quite the view and probably a nice little sample of what having a downtown arena may feel like. 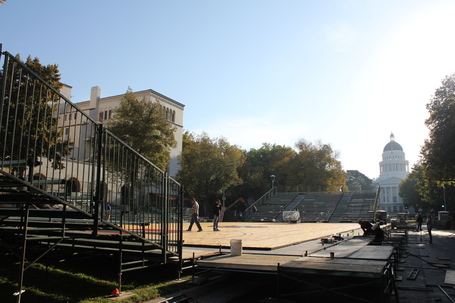 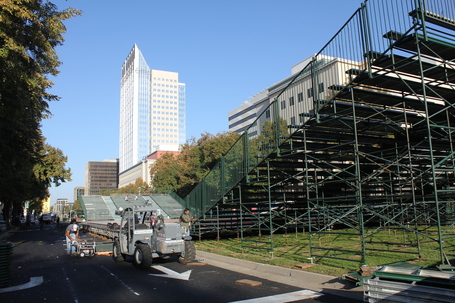 You aren't going to want to miss this! If you're going, let us know in the comments and post some photos on our Facebook page.

For more details, check out rhythmnrims.org.