Five players will help to dictate the fortunes of the 2013-14 Kings. Here’s the skinny on the scintillating quintette.

Growth is palpable. Though an exaggeration to say he's a new player, a night and day difference, or other hyperbole floated amongst the natives, conditions have been set for a 20/10 season...and much more. Cousins is in superb shape. From slightly pudgy to undeniably lean. From easily winded to full court sprints with ease.

Not only is he moving better, he is moving with more strategic intent. Flashing to the lane to catch, go and finish, defenders will be overwhelmed by size, skill and footwork. Play sets designed to make full of use of Cousins' skills include receiving pass on the move, at advantageous angle and with laser accuracy from the Venezuelan sensation.

Tyreke passed the ball to Cousins only as a reluctant afterthought. With Vasquez, it will be a foremost priority, not for hot potato sharing sake, but to deliver with timely purpose to best exploit the most talented player on the floor.

The main obstacle to stardom in three seasons has been conditioning, not attitude. This obstacle is no more. The remaining challenge for Cousins is foul woes, being physical without excess, offering resistance without recklessness. He needs to change his rep with refs from lazy to alert, from temperamental to tempered, with swipes and reaches exchanged for positioning and vertical contests at the rim and on the perimeter.

Based on preseason, the metamorphosis is underway.

One of the better plays versus the Clips was a strong show to force a miss from 20 feet. Vasquez slid to grab the board. Cousins, after contesting the jumper from the opposing guard, sprinted hard down the left wing to fill the lane. Vasquez looked him off and found Patterson down the middle of the floor for an easy finish.

Cousins’ effort did not show up in the box score. But the hustle helped to force the miss, to attract the transition defenders, and to allow easy opportunity for teammate. This play can be microcosm of a breakout season. This type of skill, work ethic and attention to detail will equate to leadership by example, dominance and justification of a mega pay day.

Last year’s James Johnson is this years Patrick Paterson. Opportunity has presented itself to seize the starting forward position and reshape his NBA career arc. JJ failed woefully when center stage was granted. Patterson hopes for better, with a superior shot and basketball IQ to boost his odds.

This much we know: Patterson will move his feet on the pick and roll. He will show hard to deny penetration and cut off passing angles. He can chase down long rebounds. With a dedicated physique, he can battle to deny post position to the Aldridge’s and Nowitski’s.

Unfortunately, this is where his defensive contributions end. He is not going to secure traffic rebounds, provide weak side defense, or block shots. Expect P-Pat to struggle with length while posing problems to those unwilling to vacate the paint.

Master P’s prospects as a long term starter may hinge on the respective weight of one strength relative to one weakness, namely, his emerging prowess as three point bomber vs. his inability to clean the glass. Six rebounds per game in 30 minutes becomes acceptable if he is nailing 40% of his threes.

Realistic targets include 6 rebounds per game in 30 minutes, and 1.0 three pointer per game at 40% rate. If these benchmarks are hit, while bringing expected intensity and intelligence, Patterson can entrench himself as the new PF starter until and beyond the return of Carl Landry.

The fastest player on the team is about to slow down. Well...a little. The natural evolution of a burgeoning star with a red-hot gear is to learn when to cool his jets, to let plays unfold, to recognize when a million miles per hour is a bit too fast.

The selective use of speed means that when Isaiah does put the pedal to the metal, the contrast is that much more impactful, and dust is that much more eaten. The ability to shift gears from modest to medium to turbo keeps the defenders guessing, and teammates unattended.

A PG seeks to get his team into breaks and sets without delay. He then allows the play to develop with intuition and patience. The best guards are never in a rush to dominate, and speak in one way or another that when they are at their best, the games seems to slow down. This mental calm is reflected in a physical calm, and a willingness to make a play only when its there.

Entering his third season, this is the next phase of Isaiah’s game. He knows he can turn a corner, split a trap and lead a break at will. He will now choose his spots with utmost care, unwilling to surrender possession through rushed negligence.

Isaiah has possessed all the tools since entering the league, including strength, speed, shooting, defending, leadership and passing. Refined and sharp, these tools will be complemented by another tool of equal importance: knowing when to ease up on the gas.

Marcus is a straight line player. He is the Jennifer Aniston of hair-dos. He is the nerd of classmates. He is the linguine of pastas. He is the square of geometric shapes.

He is also really good.

No one is going to confuse Marcus with Tony Allen. And no right-minded Kings fan is going complain when he drains another distance jumper with under two minutes left in the 4th quarter and game on the line.

His defense sucks. Often. His shot selection sucks. Sometimes. But what we need to know about Marcus is this:

He is fearless. He is above average efficiency for his career. He is entering his prime. He can make shots from deep and close. He desperately needs a pure PG to maximize his potential, to create shots and to set him up at rim or unguarded on the perimeter.

He also has a young whipper snapper nipping at his heels to motivate performance to new heights. The time for Marcus to play his best basketball is now. Bet against him and the bitter beer face may transferred from his face to yours.

Marcus Thornton has something to prove, and critics to silence. Put up or shut up. Step up or concede to the rookie. Good times. Compelling times. Game on.

The advantage of being 6’6’ PG is that an opposing defender can defend you perfectly with footwork and positioning, and you still get the ball to whom you want when you want.

With relatively unobstructed sight lines (over the top of the head of a 6’1 defender) and passing lanes (also over the top of said midget), immediate progress to the hoop can be consistently achieved within 24 seconds or much less.

The entry pass is a lost art. Vasquez is an artist. The skip pass is not sexy. Vasquez will bring sexy back. With two pure SGs at his disposal, Vasquez will seek to deliver within the constraints of their respective skill sets. Neither Thornton or McLemore are prolific shot creators, never and yet, and trouble is provoked when said players are asked to do their own thing.

9 assists per game over 77 games is not an accident. There is no rigging the system when it comes to achieving a Top 3 finish in any prominent NBA statistical category. He achieved indisputable passing prowess with Eric Gordon for only one half of season (15.7 PER), a small forward who sort of sucked (Al-Farouq Aminu, 13.7 PER) and a respectable front line (Ryan Anderson, Anthony Davis for 60 games, and Robin "Meh" Lopez.)

He has more weapons at his disposal now. The scintillating quintette, including Cousins, Patterson, Thornton and Thomas (when Malone chooses to run two PGs simultaneously), are coming to an arena and remote control near you. 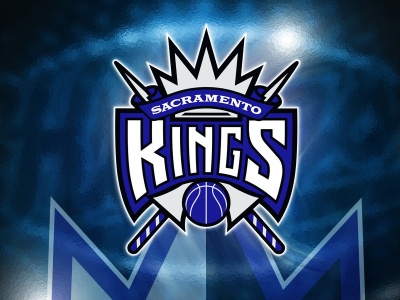