During a candid interview with StR, Kings guard Jimmer Fredette has revealed that he feels he has entered new coach Mike Malone's dreaded friend zone, a zone he knows all to well after two years under Keith Smart. 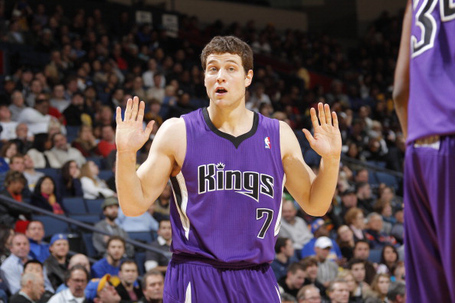 "I guess it's what I get for being a nice guy." Jimmer said with a forced smile across his face. "Maybe that's my problem, coaches just don't like nice guys. Look at Tim Tebow! Nicest guy I ever met, and he can't even find a job. Coaches just tend to like the jerks. Maybe I need a mean streak."

When asked to elaborate, Jimmer looked around to make sure no one was listening.

"Just today during a quick brunch at Starbucks, Coach broke down and spilled his guts to me, again!" the former BYU star stated, "Coach just lost it and said, 'What is Marcus's problem? He just just won't stop shooting. I know he was good a couple nights ago, but I just don't get it. I give him all the opportunities in the world, and he just does not seem to care. I'm tired of his lackluster play and poor attitude. If only more shooters were like you.'" 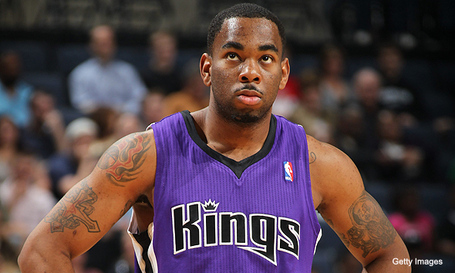 "It's just tough being stuck in the friend zone. I thought I escaped that with the last coach," said Fredette, followed by a long sigh. "I remember one time last year when I was helping Coach Smart pick out a suit, and he got a phone call from an angry Aaron Brooks about his playing time. He was so upset, he ran out of the Men's Wearhouse with tears running down his face, still wearing one of their suits." 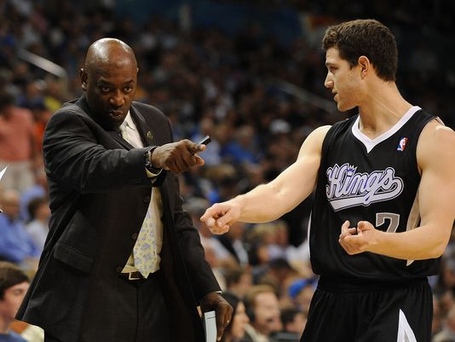 After talking to the store manager, Fredette agreed to pick up the bill.

"Coach felt so bad," Jimmer explained, "He told me he was going to make it up to me."

Fredette did not enter a game for two weeks after that, with Aaron Brooks getting more minutes.

"I just want the coaches to notice me," Jimmer said. Just then his phone rang.

"Speaking of the devil, that was coach. He wants me to pick his dog up from the groomer." 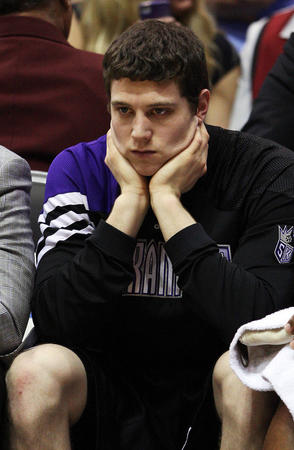 It's a sad case, but hopefully one day Jimmer will find a meaningful relationship with one of his coaches.