Isn't this the most beautiful group of Kings fans you ever did see?

The Kings graciously allowed our massive group the opportunity to take a post-game group photo on the court.  We were joined by Shareef Abdur-Rahim, Pete D'Alessandro, Chris Granger, Chris Mullin, Slamson, and the Sacramento Kings Dance team.  Who knew StR was so photogenic?!

It was an epic night.  It was great meeting so many of you.  Special shout-out to everyone who wished me a happy birthday (and sang?!), that was awesome guys.  Point yourself out in the comments so we can put faces to names! 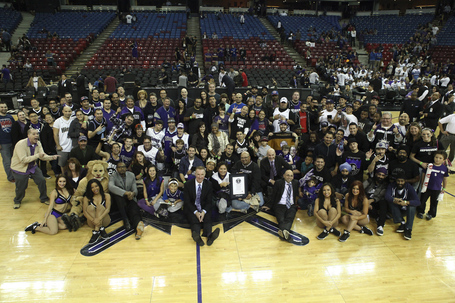 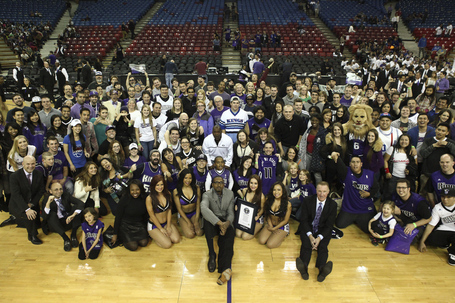 Apologies to anyone who might have been cut out of the photo.  Our group was so massive they had to break us up into two groups and I'm not sure there was a way to get the photographer far enough away to fit everyone in.  We're working on setting up another fan experience on a non game day so be on the lookout for that.