Share All sharing options for: DeMarcus Cousins' shot selection is improved (so far)

One of the problems with DeMarcus Cousins in recent years has been shot selection. He's not a great mid-range shooter, but he has taken a lot of shots out there. He is a massive, agile, smart player in the post, though; even shot away from the basket is one not taken near the rim.

The 'constellation' of his shots has changed early this year, and for the better. 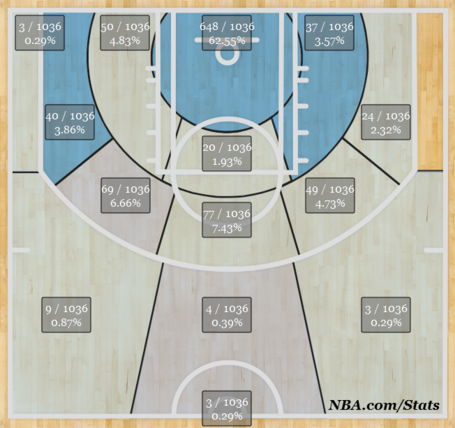 Some 27 percent of Boogie's shots were mid-range jumpers or three-pointers last season. Here's this season: 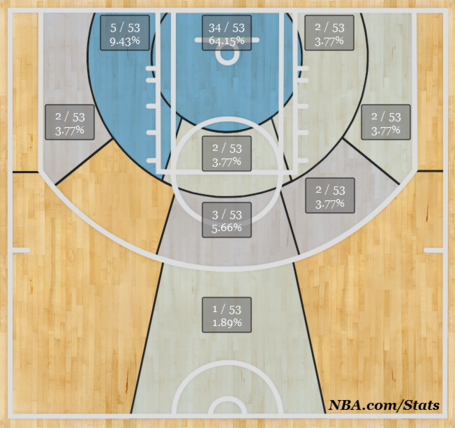 Only 18 percent of his shots this season are from the mid-range or further out.

It's not perfect. The percentage of shots inside the restricted area hasn't increased: the extra non-jumpers are in that weird 5-10 foot range that a lot of post plays result in. Those are not typically high-percentage shots. And sure enough, Boogie is 2-9 from that range this season, and 4-9 from the mid-range. But those short-range shots show an intent to work at the rim. You can't always get a layup or dunk when you set up on the block, and sometimes the only shot you can take is a turnaround. It's a bad shot, but the intent -- get into the post and work -- is good. I can live with that.

Cousins, for the record, is shooting 47 percent from the floor through three games. The closer to 50 percent the better.