DeMarcus Cousins wants a max contract extension, but is he worth it?

Jason Jones reports that DeMarcus Cousins and his agent want to get a max contract extension done this summer or there might be a trade demand.

Share All sharing options for: DeMarcus Cousins wants a max contract extension, but is he worth it?

Perhaps the biggest on-court storyline over the past year or so has been the future of DeMarcus Cousins. Cousins is Sacramento's best player and also it's most controversial. In his three years in Sacramento he has shown flashes of brilliance along with bouts of anger. Fans are left to wonder every night which DeMarcus Cousins they are going to get; Consistency has been a problem throughout his short career.

Now with new management and a new coach (his third in three years after clashing with the first two) Cousins has a chance to redeem himself and take a leap into stardom. Vivek Ranadivé, Mike Malone and Pete D'Alessandro have all heaped praise on Cousins in the last month and seemed to be invested in him as the future of the team going forward. 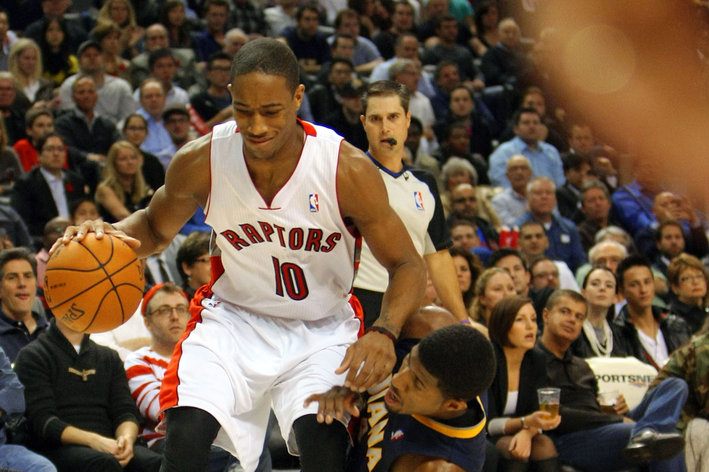 However, things could come to a head relatively quickly. This summer, Cousins is eligible for an extension and Jason Jones reports that Cousins' agent, Dan Fegan, is looking for a max extension.

His agent, Dan Fegan, has instructed Cousins not to speak on anything relating to the Kings team, management or ownership.

Cousins is eligible for a contract extension this summer, and Fegan wants a maximum deal for his client with the threat of a trade demand looming if a deal isn't reached.

A max extension for Cousins would kick in starting in the 2014-15 season and would likely be similar to the one Blake Griffin (5 years, $78.6 million) or Kevin Love (4 year, $60.8 million) signed last summer.

Is Cousins worth a max extension though?

First, let's take a look at some of the contracts signed by other big men in the last few years. Big men are typically paid much more than guards and wings.

There are a mix of good (Al Horford, David West), bad (David Lee, Kris Humphries) and ugly (Tyrus Thomas) contracts in there. Dan Fegan actually negotiated a couple of those (Amare and Nene) and will have two more big potential contracts ready this summer in Dwight and DeMarcus.

DeMarcus Cousins is younger than every single player on that list. He also averages more points, rebounds and assists than most despite playing only around 30 minutes a game. However there's also the fact that he has led the league in fouls 2 of his first 3 years in the NBA, turns the ball over more than he assists, barely plays defense, scores more inefficiently than most big men and has missed more games due to suspension than injury.

A max extension would be a big show of faith from the franchise in Cousins, but it's also a big risk. Should Cousins continue to have issues with his temper and getting along with his teammates, his trade value will be much less than it is now if he is saddled with a multi-year max contract. However, trading him because you don't want to give him a max contract also carries its own risk, especially if he transforms into the franchise level big man many believe he can be if he gets his act together.

There is no easy decision here regarding DeMarcus Cousins. The most worrying complication is Dan Fegan's involvement. Fegan tends to get his clients the money they want, no matter where. The Kings have some leverage in DeMarcus Cousins Restricted Free Agent status next summer, meaning they could match any offer he gets, but one possible option that Cousins and his agent could take is to simply take the Qualifying Offer for a year and become an Unrestricted Free Agent the next, an unappealing scenario.

Another complicating factor is that with new management and a new coach, these guys are not as intimately familiar with Cousins as the last regime, meaning they have to make a decision on whether to go forward with an extension with much less background information.

The deadline for getting a contract extension for Cousins is Oct. 31st. I think we'll have some resolution on this front by then.