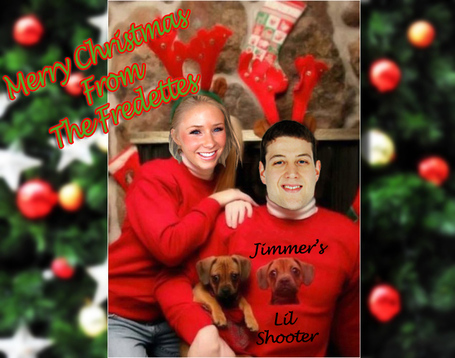 The Kings and the Jazz play tonight at Salt Lake City. I have a paper due tonight at midnight. What better else to do than to write a Fanpost I've been so eager to write for a very loooooong time.

"Study the past if you would define the future."

The Utah Jazz starting lineup consists of two washed up veterans, a rookie, and two wannabe stars as in they wish they wannabe my lover, you gotta get with my friends like Cousins/Isaiah/Gay tandem. Friendship lasts forever folks.

This is pretty straightforward. Obviously, our (C) position wins this battle, and it's not even close. Aaron Gray has 6 years of experience. Derrick Favors has 3 years. Gray has 246 games on Favors. If I'd play that many games, I am pretty sure I'd be the better player. Experience trumps youth. To back my theory, have you seen Greg Monroe owning Tim Duncan? I don't think so.

Not to mention, Gray has a better name. 50 shades of favors does not work.

Derrick Williams has been a very nice addition to the bench. Now that Gay is out, Coach Malone has given Derrick the time to shine. He will, without a doubt, vanquish this other Williams impostor. Williams has realized that Marvin is washed up and will have to use his young legs to go at him and attack the rim. Look for a big game from D-Thrill. Young legs > Old legs.

Here's another case of out of place washed up veterans trying to go against JT. JT will out hustle everyone who plays against him. He gets so much love in this site that a hipster Kings fan named Bench_Blob hates him - only slightly because deep down he loves some JT - solely for the purpose of not being mainstream. JT this year is averaging 7.7 ppg and 6.4 rpg, shooting .514% from the field in only 25 mpg. EFFICIENCY, everyone.

Richard Jefferson? 10.1 ppg and 2.9 rpg while shooting .436% on the field. EWW. That is not efficient at all. He is averaging 27 mpg, more than half(!) of 48 minutes that could be allotted to Enes Kanter. You have to consider that Richard Jefferson is denying developmental minutes for their future players. This is not good for Utah.

Tyreke tore it up against the Jazz. This game, he is going against Gordon Hayward, a wannabe star basketball player.

Marcus Thornton is a very good scorer. The Jazz are a very mediocre defensive team. Hayward is a defensive sieve. 'Nuff said.

The thing that separates Lil' Buckets from Hayward is consistency. He is well aware that the Kings have no chance in the playoffs so he tanked every game until we lost Gay and Cousins to injuries. A savvy veteran move if you ask me. He is clearly thinking of the Kings future and knows that this is a deep draft. His consistency is outstanding. He is averaging 8.6 points this season because Petey D an Coach Malone asked him to. When they asked him to show up against good teams like Denver and Indy, he showed up. In the last 2 games, he has averaged 30.5 ppg while shooting .604% from the field. That, my friends, is CONSISTENCY. Hayward better watch out. There is a chance Marcus can go off for 63 points in 3 quarters after seeing Carmelo's record against the Bobcats.

For Hayward, he is very incosistent. Sometimes he scores 17, other times he scores 25. Wheres the consistency? In the last two games, he has been averaging a paltry 21.5 ppg and shooting .472% on the field. Disgusting. Compare that to MT and you would notice how superior MT is over Hayward.

Trey Burke's numbers aren't as impressive as Isaiah's. 15 ppg on .388% FG? Horrible. I am very happy that we did not pick him in the draft. Ben Mc has been the better player obviously. Ben Mclemore hasn't been injured yet and Trey Burke already has. I'd take Ben's fingers over Burke's anyday.

Now what are we discussing? Oh yes, IT vs TB (The acronyms doesn't even sound right). Trey sucks and Isaiah is all-world right now. Look out for an IT and Gray pick n' roll reminiscent of Stockton to Malone.

Both don the suit at an awesome level but Coach Malone rocks the buzzed cut better. 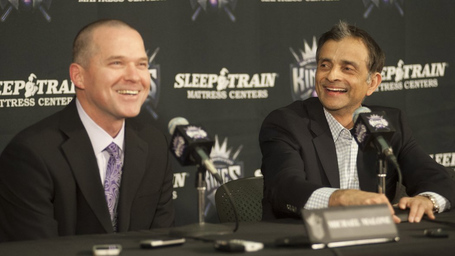 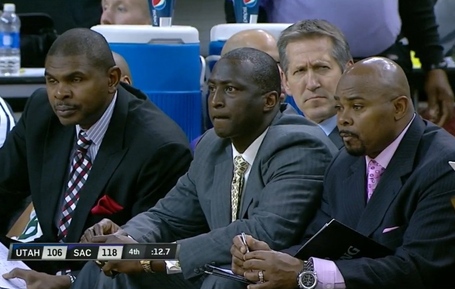 We have Travis Outlaw, they don't.

PREDICTION: Kings will shoot 75% from the field and score 150 points. Jimmer will go off for 63 points in three quarters, breaking a Guinness World Record of first NBA SG in the same team to score 63 points against an opponent in three quarters. David Stern proceeds to award the Kings the Jazz 2014 First Round Draft Pick.

Jazz suxx and will only score 65 points because they are inferior.

WHAT DO YOU THINK?

Will the Kings score 150 points and win this game?