A week that started out so promising turned bad quick.

One of the biggest question marks regarding Rudy Gay when the Kings acquired him was whether or not he could bounce back from his shooting woes in Toronto where he had been shooting 38%. So far he's been phenomenal in terms of efficiency, hitting 49.7% of his shots, which would be a career-high if he kept it up. Playing off of DeMarcus and Isaiah seems to help him in that regard. Not everything is rosy with Rudy however. His decision making at times is questionable (for every assist he seems to have a soul-crushing turnover) and his defense is porous (but hey, which Kings isn't?).

Isaiah is getting more and more comfortable running the offense, and his assist rate as a starter has gone up to its current 34.3%. That's good for 11th in the league (just ahead of Kyrie Irving and below Kyle Lowry). The good thing is that it can still get better because there are times when Isaiah tries to do too much. His decision making against the Bobcats in particular was bad. The 2-on-1 fast break with Jason Thompson trailing was egregious, as Isaiah opted for a tough layup with Chris Douglas-Roberts all over him, rather than dumping it off to Jason Thompson for the easy dunk. Still, Isaiah's young, and for him to be as good as he is now, that's nice. I can definitely see why the Kings would want to acquire a guy like Andre Miller. Isaiah (and McCallum) could really use a vet mentor like that who has been through it all.

JT seems to have found his role in this offense, which is to get open by the hoop or to score in the low post. This week he was incredibly efficient at that, making 11 of his 14 shots.

5. Jimmer looking to gun it

What we saw from Jimmer in the fourth quarter against the Sixers is exactly what we need from Jimmer. He's a great shooter and when he actively looks for his shot, that's where he's best. He tried to do the same against the Bobcats and while he was getting open looks, they weren't dropping in. I still want him taking those shots though, because most of the time they'll go in.

6. "Swinging for the Fences"

I really like hearing that the Kings are trying to swing for the fences. That sure has been Pete's M.O. so far, and that's what this team and fanbase needs after years and years of standing pat and not making the big move.

1. Inconsistency from the Shooting Guard

Right now the Shooting Guard is Sacramento's weakest position. Ben McLemore is an inconsistent rookie and Marcus Thornton is an inconsistent veteran. Both have had good games this season, but the bad has outweighed the good in both cases. I am still in favor of continuing to play McLemore plenty of minutes however as we continue to develop him. Thornton, I expect, will be gone by February.

2. A reminder that Acy is young too

I know a lot of us like Acy but just because he's got a longer beard than the Egyptian Pharaohs doesn't mean he's a veteran who can step in immediately. This is just his second year in the league, and he only played 29 games last season. Still, I like his long term prospects as a roleplayer in this league.

3. Lack of shots for Derrick Williams

I'd like to see Derrick get more shots as part of the second unit. He's shown already he can be a good scorer, and I'd rather he be getting a lot of looks than Marcus Thornton. It's more important if he's to be part of our future as well.

4. The officials this week

Is it just me or did the NBA send their refs in need of training to Sacramento for this homestand? I'm not going to blame the officials for any of the losses (our defense was even worse than they were) but man there were some bad calls (on both sides really) in both the Philadelphia and Charlotte games. There was even a point in the Charlotte game where the players were telling the refs where to inbound the ball, but two of the refs moved them to the other side of the court until the third ref told them to go back. 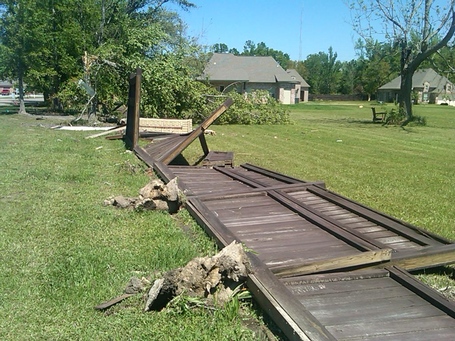 For those who are unaware:

So a few things: This Kings team chemistry is teetering badly. Factions are being formed in the locker room. Not a great situation.

I believe over the next few days/weeks, these infights will come out. Guys are frustrated with each other and it is spilling onto the floor.

Coach Malone is being tested pretty hard right now. He's holding these guys together with string and bubble gum. Things are bubbling up.

I firmly believe that this, along with obvious reasons, will lead to more moves by the front office. This roster has more changes coming.

There is one common denominator to most of the player on player confrontations. I'll leave it to you to guess who.

Guys, the one guy who won't be traded, the ONLY untouchable on this team, is Cousins.

My opinion? This is a young Kings team, and losing sucks. Over the past few months the Kings have slowly but surely gotten rid of almost all their experienced veterans (Mbah a Moute, Hayes, Salmons). Right now, Rudy Gay and Carl Landry are the most experienced Kings. There will be more changes coming. This year will probably continue to be tough from a wins & losses standpoint, but that was never a goal for this year. I'm just hoping we don't see an all out war between players while we go through this rough patch.

Cousins continues to play at a very high level, and his final two minute stint against the Rockets was probably the best two way stretch of his career. He single-handedly won that game for Sacramento with both his defense and offense, and absolutely dominated Dwight Howard. Against the Sixers, he was the only King who could do much, although he was only able to play 28 minutes thanks to foul trouble (a few of those fouls were very questionable). Cousins is having his best year to date, but there's still a long way to go for both him and the team.

We're the most consistent team in the world:

Last Week's Winner: rcubed37 (with the clutch caption from me initially forgetting to add a picture)

Here we see the wild Acy mating ritual in the wild. Observe the full and prominent beard as the Acy gives the mating call. The female Acy... in heat, note the smaller beard and stature, appears to notice, but sadly is not interested in mating with this particular male. 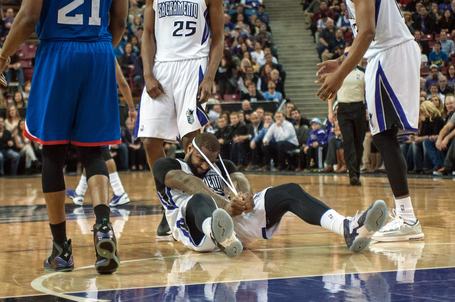 1/7 vs. Portland L (My brain says we should lose. Which probably means we'll win, but screw it)

1/10 vs. Orlando W (Maybe they'll actually figure something out by next Friday on how to beat mediocre and bad teams?)

Nostradumbass Record for the Year: 12-20 (I'm almost as bad as predicting this team as they are at defense. Almost)