This is the official Sactown Royalty preview of the 2014-15 Sacramento Kings season, part of the SB Nation NBA preview series.  We take a look at what the Kings did this summer, and what we hope we can look forward to as the season goes on.

1. What Significant Moves were made during the off-season?

Will Nik Stauskas be an impact rookie? 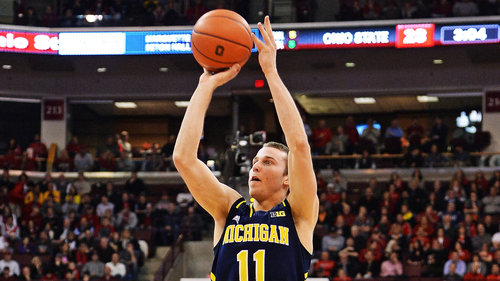 The Kings drafted a player who is more ready to play in the NBA than most rookies, but will he have a meaningful impact for the Kings in his first season?

The Kings headed into the offseason with big dreams and high hopes.  Rumors abounded that the Kings were going to try to make another splash by draft day using the #8 pick, and that the odds of them actually using the #8 pick were pretty slim.  Of course, no such trade materialized and the Kings ended up taking Michigan Shooting Guard Nik Stauskas to the surprise of most Kings fans, especially with guys like Noah Vonleh and Elfrid Payton still on the board.  The Kings had also spent their 2013 lottery pick on a shooting guard in Ben McLemore so what was the deal?  After the shock subsided, the pick made a lot more sense.  Stauskas was a player who could contribute now, and his deadly shooting was a big need for the Kings, one of the worst outside shooting teams last season.  There's also the fact that Ben McLemore didn't have a particularly good rookie season and that he was the only true shooting guard on the roster.

After the draft the Kings made a big decision in deciding to not bring back starting Point Guard Isaiah Thomas, opting to instead sign the cheaper Darren Collison.  Thomas was a fan favorite in Sacramento and coming off a year where he averaged 20.3 points, 6.3 assists and 1.3 steals a game.  The decision was not a popular one, especially given that Thomas' contract in Phoenix was not particularly expensive and that the Kings did not receive much of value for him in the Sign and Trade that sent him there.

Sacramento then went ahead and focused on adding bench depth to the roster, signing summer league standout Eric Moreland and journeyman Ryan Hollins for some rim protection, bringing back former King Omri Casspi as a versatile backup forward, and adding more depth to the backcourt with Ramon Sessions.

The Kings also made some smaller cap moves, sending Jason Terry to Houston for what essentially became a $5.8 million trade exception, and moving Travis Outlaw and Quincy Acy to New York for cap relief.  Before these trades the Kings were dangerously near the luxury tax line.

In terms of non-player personnel moves, the Kings added analytics guru Dean Oliver to their front office, yet another sign that this team is trying to be as cutting edge as possible.

2. What are the team's biggest strengths?

Do the Kings actually have a deep bench now? 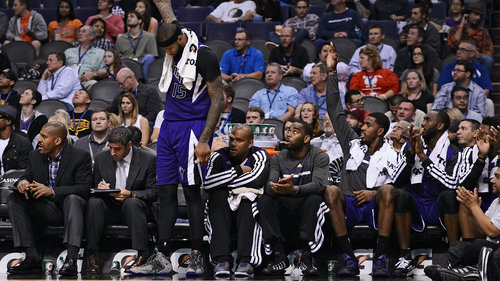 The Kings haven't made any huge moves this offseason but they have added quite a few complementary pieces.

Sacramento's biggest strength comes down to one player: DeMarcus Cousins.  Stars matter in the NBA more than most other sports, and in Cousins, the Kings have a bonafide star who can take over games.  Last year was a breakout year of sorts for Cousins, who averaged 22.7 points, 11.7 rebounds, 2.9 assists, 1.5 steals and 1.3 blocks in just 32.4 minutes a game while shooting a career-high 49.6% from the field.  His Player Efficiency Rating (PER) of 26.1 was 5th in the entire league and the highest ever for a healthy player that was not named to an All-Star team.  Cousins spent time this summer winning a gold medal with Team USA in Spain, and the Kings are hoping last year was just a stepping stone to greater peaks.

Another strength is Sacramento's rebounding.  Last year the Kings were 4th in the league in offensive rebounding percentage and 3rd in defensive rebounding percentage.  In Cousins and Reggie Evans, the Kings have two of the premier rebounding big men in the entire league.  The Kings were also very good at getting to the line, drawing the fourth most attempts in the league.  While Cousins and Rudy Gay were a big part of that, Isaiah Thomas was second on the team in attempts per game.  Fortunately, both of Sacramento's two new Point Guards (particularly Sessions) are very adept at getting to the line as well.

It could also be argued that Sacramento's relative depth is a strength.  That was something they did not have last year but with the additions of guys like Stauskas, Sessions, Casspi, and Hollins along with the return of a healthy Carl Landry (who played just 18 games last year due to various injuries), the Kings actually have something that resembles a quality NBA bench.

More: All of SB Nation's NBA previews to date

3. What are the team's biggest weaknesses?

The Kings have a lot of offensive talent but they've yet to improve their defensive chops much.  Last year was one of the best defensive years for the Kings since Ron Artest left, and still they finished just 24th in the league in terms of Defensive Rating.  The Kings just don't have many plus defenders on their roster and that didn't change over this summer.  The best hope the Kings have at becoming a good (or even average) defensive team, is if several players buy into the team defense concept and step their games up.  DeMarcus Cousins in particular will need to be a leader on this end of the court, and there were promising signs this summer with Team USA that he could be a stout defender (although it should be noted that Team USA faced inferior competition).

Shooting was also a problem for the Kings last year, as they ranked just 27th in the league in 3P%.  The additions of Stauskas, Collison and Casspi as well as improvement from youngsters like Ben McLemore and Ray McCallum should help this out a bit but the Kings still don't have an abundance of great shooters.

4. What are the goals for this team?

There are several goals for this Kings team as they try to improve enough to end what is likely to be a 9 year playoff drought after this season.  Sacramento has won just 28 games in each of the least two seasons and haven't won 30 games since 2007-08.  Even with two stars in DeMarcus Cousins and Rudy Gay, this team probably doesn't have what it takes to make the 20 or so game jump that is necessary to make the playoffs in the West.  Still, that doesn't mean the team can't make steps toward improving.

One of the stated goals by the Kings front office this offseason has been to push the pace and increase the ball movement this year.  Last year the Kings were about average in terms of pace but were dead last in assists.  The Kings were a rare team with three 20+ point scorers on the same team in Cousins, Gay and Thomas, but aside from those three, the offense was lacking.  The Kings want a more balanced approach this year.

Michael Malone will also want to see this team take another step forward defensively, although he still doesn't have many players he can rely on for this end of the court.

5. Are the Kings going to make another splash?

Last year Pete D'Alessandro and the Kings shocked the rest of the NBA when they traded for Rudy Gay in the midst of the worst season of his career.  The trade ended up being a win-win for both the Kings and the Raptors, as Toronto flourished with a new bench and more room for guys like Lowry and DeRozan, and Gay played some of his best basketball in Sacramento.

Since then, the Kings have been mentioned in just about every trade rumor imaginable, but two names keep coming up with consistency: Josh Smith and Rajon Rondo.  As the Kings are not a premier free agent destination, trades are usually the only way to get talents like those.  Regardless of whether or not the Kings go after those two, expect Pete D'Alessandro and company to be aggressive.  So strap on your seatbelt Kings fans, because I'm expecting more twists and turns before we get to the end of this rebuilding tunnel.