Up Close With The Sacramento Kings New Court

We got a chance to check out the Kings new court design and it's awesome!

Share All sharing options for: Up Close With The Sacramento Kings New Court

About a month ago, the Kings announced they would be unveiling a brand new court design for the 2014-2015 season. A few short days later, Grantland released their NBA court design power rankings, containing a leaked rendering of the court that gave us our first real idea of what to expect. 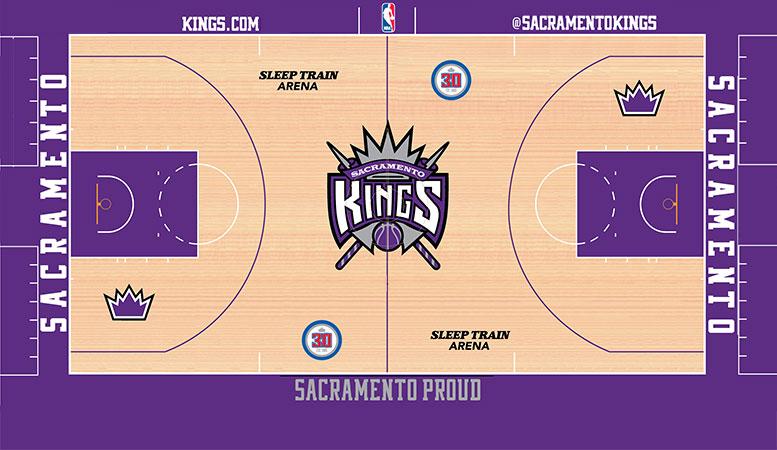 Well the real deal was finally unveiled today, and Sactown Royalty was invited to be amongst the first media outlets to check out the new hardwood in person. I brought along a camera crew to chronicle my adventure and give you all an up close look at the court, while we asked Chief Marketing Officer, Ben Gumpert, some questions about the design/construction process. We also got him to reveal a few secrets about the kinds of surprises Kings fans can expect this season.

Huge thanks to the Kings for granting us this kind of access, and thanks to Ben Gumpert for having some fun with us today. And a special shoutout to a couple of ridiculously talented filmmakers, Curtis Corona and Ryan Gali, for helping us put this together as well. Hopefully we can do a lot more features like this in the future. If you'd like to see more of this kind of thing on the site... let us know.