So this is a thing that happened last night on the internet. I love this team.

Fans breathed an enormous sigh of relief back in mid September, when Pizza Guys announced that the departure of Isaiah Thomas wouldn't be the end of the "Pizza Guy."

As we all know, great responsibility accompanies the Pizza Guy monicker.  Ben McLemore is a fine young man who's handled the rigors of his still young NBA career with class and poise.  Yet the question remained: Would Ben be able to handle this responsibility or would he be derelict in his Pizza Guy duties?

Enter Pete D'Alessandro: Extremely handsome general manager of the Sacramento Kings... and just a regular dude with a case of the munchies.  He needed answers.  He needed a hero.  He needed... a Pizza Guy. 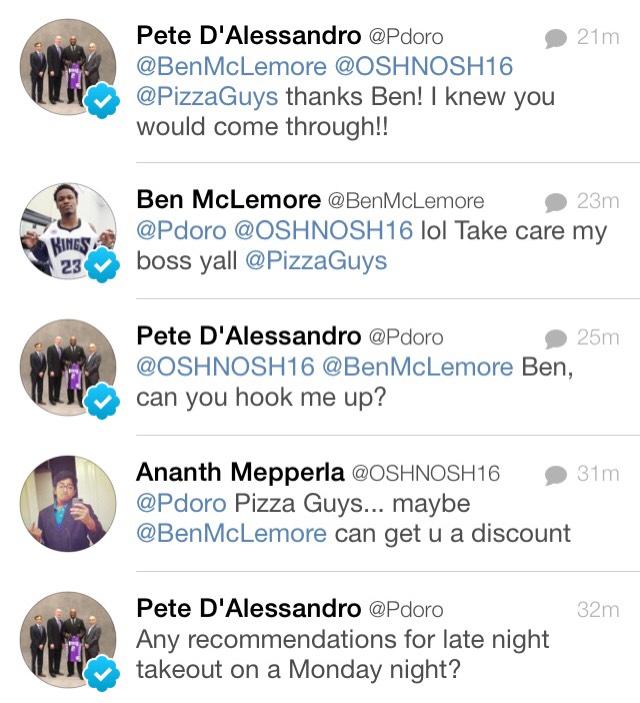