What a rollercoaster of a week.  The Kings started out with a couple of humiliating collapses, but then finished out of by taking care of business against the defending champs and inking Rudy Gay to a good deal.  The Kings are now home for most of this week before heading back on to the road, but first let's take a look at the week that was.

2. Kings bounce back with win over the Champs

It'd be easy for the Kings to get depressed and morose after two tough losses on the road.  The San Antonio Spurs are not pushovers, and they gave the Kings a tough game on Saturday but Sacramento was able to grit out a win that went down to the wire.  They did so despite not hitting a single three pointer and shooting just 43% from the field.  DeMarcus Cousins was huge down the stretch and the whole team played good defense against the Spurs big guns.  The Kings have been taking care of business at home, and now have a chance to get some momentum before having to head back.  This win was a good start.

3. Rudy Gay is here to stay

Coming into this season, I was pretty worried about what would happen if the Kings had another bad year with Rudy not being locked up.  Fortunately the Kings are a lot better than I (and many others) thought they were and that played a big part in Rudy Gay's decision to sign an early extension.  The deal, 3 years and $40 million, makes Rudy the second highest paid player on the team starting next year and gives the Kings both security and flexibility going forward.  Sacramento now has two stars locked up for the foreseeable future, a real core to build around.  The future is bright.

Omri has been so much fun this year.  As both DeMarcus Cousins and Rudy Gay remarked after the win against the Spurs, Omri is everywhere.  He's hitting the boards (8.0 rebounds per 36 minutes), scoring efficiently (52.6% from the field), getting to the line (6.2 times per 36 minutes), passing (career-high 3.2 assists per 36 minutes) and defending.  He's been a big boost off our otherwise weak bench, and he did well playing Power Forward down the stretch against the Spurs with the rest of the starters.  I wouldn't be surprised to see more of that lineup, especially as it allowed Jason Thompson to play backup Center over Reggie Evans.

5. Ben McLemore continues to stay on the right track

The best thing to come out of Sacramento's road trip was the continued growth of Ben McLemore.  Ben's finally hitting his shots and contributing on the defensive end of the floor.  Ben still has room for even more growth, but he's becoming a contributor which is a good first step.

After ten games, DeMarcus Cousins is fouling at his highest rate ever.  He has just two games all year where he hasn't reached five fouls, and that's a big problem, because the Kings are sooo much worse with Cousins off the floor.  Part of me believes the reason for Cousins' high foul rate this year has been the fact that he's trying harder and more consistently to play defense throughout the game, but he also still picks up some silly reach fouls at times as well and those are the ones that have to stop.  DeMarcus is a per-minute monster, but unfortunately his minutes aren't very high yet because of all the fouls.

Ramon Sessions and Nik Stauskas were supposed to be a good scoring punch off the bench but so far they've been bad on both ends of the floor.  Stauskas is a rookie so it's to be expected that he'll struggle as he tries to find his place in the league but Sessions has been in a career-low slump.  He's shooting just 31.8% from the field, averaging just 1.6 assists to 1.3 turnovers, and getting routinely beat by opposing guards.  As the season continues, we're going to need a lot more production from both of these guys.

1. Collapses in Dallas and Memphis

The Kings should be 8-2 right now but the Kings aren't yet at the point where they can put teams away yet.  They dealt a helluva sucker punch to both the Mavericks and Grizzlies, jumping out to early 24 and 26 point leads respectively in those games.  Dallas erased that lead in very little time and ended up controlling most of the second half of the game.  The Grizzlies came back from 17 down with 7 minutes left to win on a controversial last millisecond bucket by Courtney Lee to complete their greatest comeback in franchise history.  These were just excruciating losses, but hopefully they served a purpose as a teaching moment for this young team.

The Memphis collapse was even worse than the one in Dallas, because it came down to the wire.  First, Ben McLemore, an 81% free throw shooter, missed two free throws in a row and the Kings didn't manage to get a hand on the ball, allowing Zach Randolph to call a timeout.  Then Jason Thompson got horribly lost on a switch and Vince Carter was able to find a wide open Courtney Lee at the basket for an alley-oop reverse layup.  That's ignoring the fact that Ryan Hollins may have tipped the ball, or that the clock didn't start on time and Lee possibly didn't get it off in actual 0.3 seconds.  Regardless, this was an ugly, ugly sequence, and a situation that the Kings shouldn't have even allowed to happen.

Aside from all the fouls, as mentioned above, Boogie's having a phenomenal year.  He's engaged on both ends of the court and for all the talk in past years about how he wants to be a leader, this is the first year where he's saying AND doing the right things.  I especially loved his comments after the Memphis loss where he refused to blame the final sequence and instead put the focus on the lack of defensive effort in the final three quarters.  This is the DeMarcus Cousins that can lead us places. 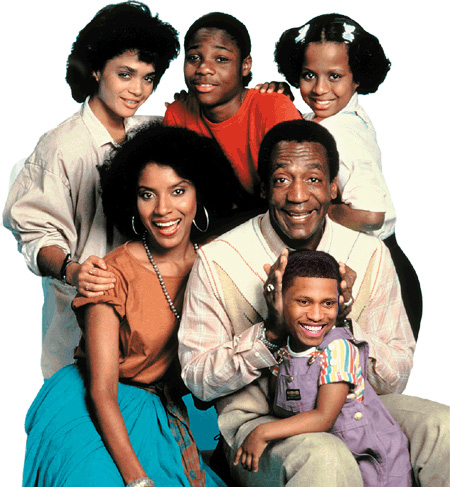 Congrats on a great win, Kings fans. This is my gift to you: Malone just discovers Travis Outlaw is no longer on the team.

11/18 vs. New Orleans L (The Pelicans are going to give us a lot more trouble than you might think.  Omer Asik is a big strong center with very good defensive chops, Anthony Davis is a budding superstar, and the Pelicans also have a healthy roster for a change with Jrue Holiday, Tyreke Evans, Eric Gordon and Ryan Anderson all available.  This is one of the best offenses in the league right now, and while I think the Kings will be considered favorites at home, I think we end up losing a close one.)

11/20 vs. Chicago W (For some reason the Kings have played the Bulls very well the last few years despite the Bulls being an all-around much better team.  Derrick Rose could be the difference here, depending on if he plays or not.  Pau Gasol is also a much better player for Chicago than Carlos Boozer was, and he actually brings something on the defensive end of the court.  Still, this is Sacramento's first nationally televised game and I expect a big effort from the guys and an energetic arena leading to a big Kings win.)

11/22 at Minnesota W (This is Sacramento's first game against a team that you can legitimately call bad, although in retrospect the Nuggets might fit in that category as well.  The Timberwolves are loaded with young talent, but without Love, they don't have many real offensive threats, and now Ricky Rubio is gone for the foreseeable future as well.  Minnesota's defense is one of the worst in the league, and this is a game that Sacramento needs to win.)

Nostradumbass Record for the Year: 4-6