The trade deadline came and went, and the Kings managed to play some pretty good basketball to boot.

2. Kings in China next season

According to a report from Nets Daily, the Kings are due for some international exposure next year as they'll take on the Nets in China next preseason. While this has yet to be officially announced, Kings season ticket holders were only charged for 43 games rather than 44.

Ben seems to be making a point of attacking the basket more often, and I really like seeing that even when he gets clobbered and no whistle is blown like yesterday against the Nuggets. Learning to attack the basket successfully will only help Ben by either getting him to the line or getting shots around the rim. That can never be a bad thing, and it should open up the rest of his game as well.

4. STOP appears to be stopped

STOP and the city went to court this week to debate the legitimacy of the petitions to put the arena subsidy to a vote. As we all know, the city clerk tossed out the petitions due to numerous flaws, thus bringing a lawsuit in response from STOP. However, the judge doesn't seem especially sympathetic to their cause, pointing out that while not one flaw by itself could be considered fatal, all of them added together can be. The judge held back on giving a final ruling, but will likely do so this week, perhaps as soon as Tuesday. An appeal would likely not occur in time to get the vote on the June ballot, since it would need to be completed by March 3rd.

This week was probably Carl's best run in this stint as a King. He looked more fluid and confident, essentially more like his old self. That's the Carl the Kings signed to a long term deal this summer, and it will be good for him to get these games under his belt in order to be ready for next season.

The Kings are now playing the famous riff from "The Good, the Bad and the Ugly" whenever Travis Outlaw makes a shot. I love it.

Admittedly, Rudy had a rough game against the Warriors, but Andre Iguodala is a menace on the defensive end so I can't blame him too much. He did much better against the Celtics and Nuggets, and I think there's a big difference in how he plays with Cousins on or off the floor since Cousins draws so much of the defense's attention. Rudy's been great for this team, and the Kings are now 13-14 in the games where Cousins/Thomas/Rudy have all been healthy.

Cuz missed one game due to injury this week, and in the two games he did play, he displayed an enormously negative attitude. Against Boston, he was continuously frustrated by Kris Humphries' physical play and it resulted in Humphries simply outplaying Cousins (something that should never, ever, ever happen). Cousins also had a bit of an attitude in the Nuggets game, chirping at the officials and then at the end with victory assured, seemingly complaining when Derrick Williams took a rebound away that would have given him a double-double. That's not something I want to see as a fan.

2. Ray McCallum is not ready

I know that the rest of this season is about getting more minutes for the young guys but man is it tough to watch the team when Ray McCallum is running the offense. He's just not ready to be a lead guard at this level. Against the Celtics, McCallum played 11 minutes and somehow managed to have an Offensive Rating of 0. He's got good potential on the defensive end, but that doesn't mean a thing if the team can't score anything on offense.

There are few shots I like less than when Derrick Williams has the ball in the post and then turns around to shoot the fadeaway jumper. He's very good at attacking the basket, and should be doing it every chance he gets.

I kinda feel bad for Jason that the Kings weren't able to trade him. I don't think he very much likes it here at the moment. I don't mind having Jason on the team, I think he's a good player and a good big man, but the Kings would like some future cap flexibility with a potential luxury tax bill coming next season. Jason might not be long for Sacramento after this season, and I'm not sure he'll mind if he does get traded.

How the mighty have fallen. Once upon a time, we had hoped Marcus Thornton could be our Kevin Martin of the future, a guy who could explode for 30 points on any given night. When we first traded Carl Landry for him, he became a quick fan favorite, and helped fuel a fun stretch of basketball down the stretch, leading the team in scoring along the way. Unfortunately, the Kings decided to offer him a large extension without letting the market dictate his value (he was a restricted Free Agent). Since then, Thornton's production dropped to the point where the Kings basically traded him simply to trade him. The Kings didn't even save all that much money on this deal, but it was still a necessary trade to break up Thornton's contract (and open the possibility of buying out Terry and saving more money). It's a sad fall from grace for a player that was once many of our favorites. He joined this team during a rough time in its history, and brought a little bit of joy to us during that time. This alley-oop to Casspi at the first Here We Stay night will always be one of my favorite in-game memories.

The Kings were turnover machines this week, with 59 of them over three games. That's an obscene rate, and one that cannot continue if the Kings hope to win more games. Too often the Kings try to make a tough pass rather than the easy one, especially on fast breaks where we've seen so many ruined by overthrown balls or bad decisions. The Kings also seem tentative with their passing rather than decisive. There are many times where the Kings are trying to make a pass and everyone is standing still watching rather than trying to get open.

3. Jimmer Fredette's future as a King

I have a feeling we're going to be seeing a lot more DNP-CDs in Jimmer's foreseeable future. The Kings tried to trade him, even for a 2nd round pick, and there were no takers. He's going to be gone at the end of the season. The Kings would rather give his minutes to McCallum so they can develop him. It's a sad state of affairs for Jimmer, who does deserve better than this, but it is what it is. It's unfortunate for both parties that a trade wasn't able to be worked out last week.

After a month or so of struggling to shoot the ball, Isaiah seems to be rounding back into his more efficient self, with this week being an extreme example. Scoring 26.7 points alone is impressive, but to do so while shooting 60% overall, and 50% from three is incredible. He also was doing a good job of dishing out the ball to the tune of 8.3 assists. He did however average 5.7 turnovers this week too, in a somewhat troubling trend. As explained above, the Kings have seen their turnover rate climb sharply in the past few weeks, and that needs to be curtailed. As Point Guard, Isaiah Thomas has the primary responsibility for the offense and it would be nice to see him try to make a concerted effort to keep turnovers down the rest of the way.

In reference to Sacramento's Mt. Rushmore: 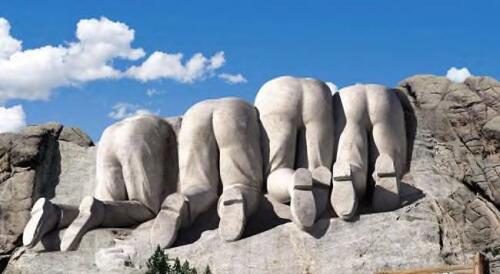 The other side of the mountain. Or we could just try to convince Jimmer to grow an epic beard. 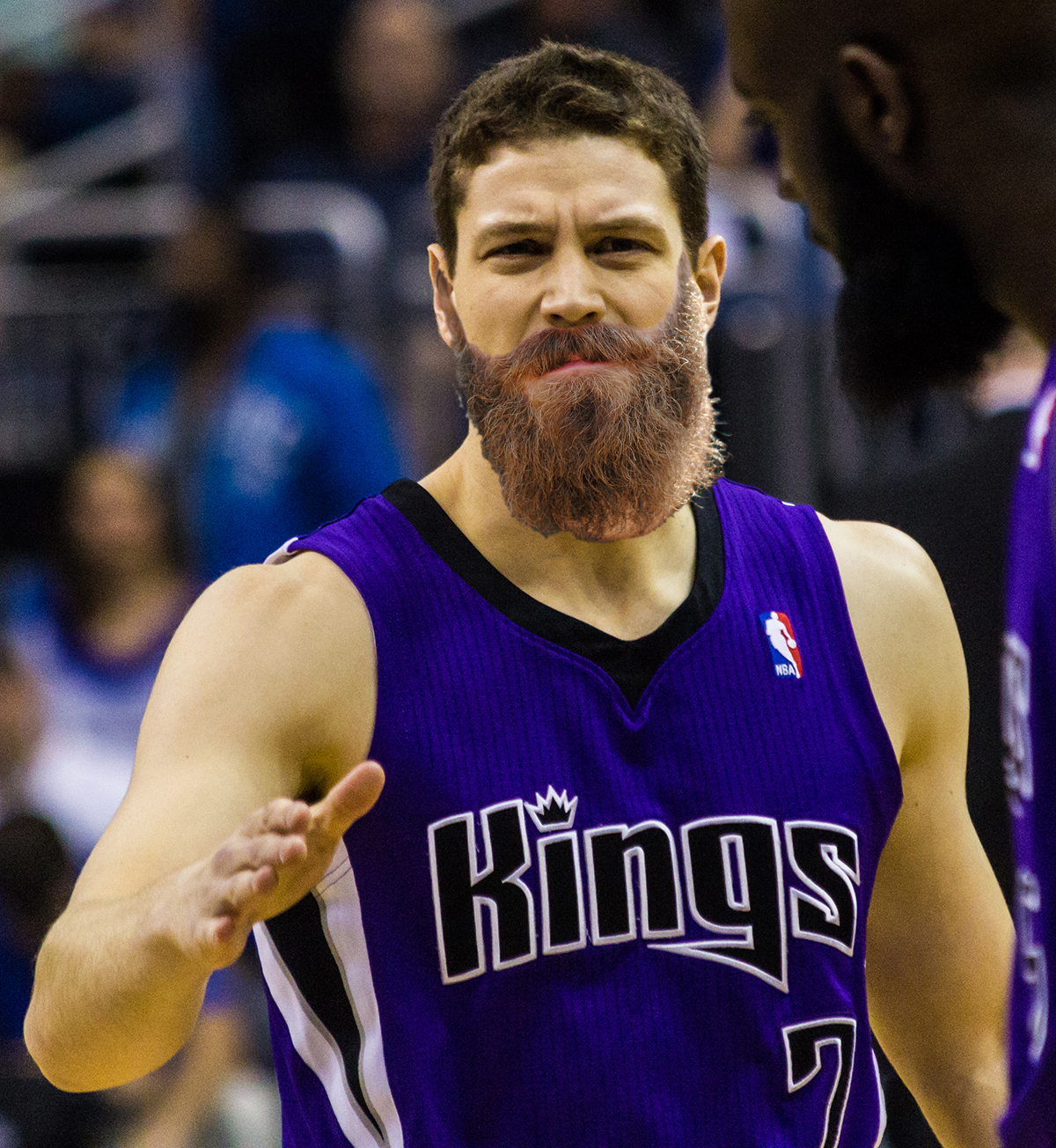 In reference to Greg's Cisco Rushmore photoshop pictured above:

Saying so long to Marcus Thornton:

Let's take a look-see at his schedule

Regarding Isaiah tweeting about his Bella Bru breakfast:

I think IT just traded a tweet for cash considerations

Thank You, Marcus Thornton by Thornton for 3

Well that makes up for the failed breakaway last week Derrick, well done.

Rudy will melt your brain! 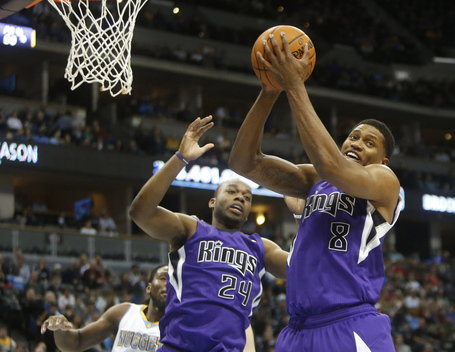 v. Houston 2/25 L (We're 2-1 against the Rockets this year, and that's two more wins than I would have expected. I'll settle for the season tie)

@ L.A. Lakers 2/28 W (We have suffered two rather embarrassing losses to the Lakers already this season, let's not make a habit of it.)

v. Minnesota 3/1 W (The Wolves are hurt, with Kevin Martin out for a while and Nikola Pekovic missing games with ankle bursitis. The Kings already beat the Wolves on their home court when they were at full strength, surely we can do so on our home court?)

Nostradumbass Record for the Year: 25-30