Demarcus Cousins has a lot in common with many of the NBA's all-time elite players, including some things you might not like. 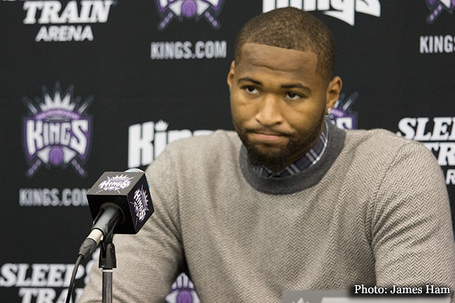 "Let me start by saying I am sorry for my actions..."

Very early in his career DeMarcus Cousins had several so called red flags that if left unaddressed were seen as impediments to his development. There was the weight issue, you know the one that prompted Ailene Voison to ask him to pull his shirt up so that she could see his belly. The weight issues prompted questions about his work ethic. There was questionable shot selection that lead to a field goal percentage of 45%. There was his inconsistent effort on the floor, particularly on the defensive end. Let's not forget he came into the league with a reputation of being a hot head which could lead to physical altercations and technical fouls, both of which followed him into the NBA...Whatup Donte!

Well, DeMarcus has trimmed down thanks to a lot of off-season work and discipline in the kitchen. Coach Malone has helped him convince him to take the wealth of his shots down low resulting in a career high 48% from the field. He has also become one of the team's best defenders.* But let's take a moment to consider what he hasn't addressed much to this point . He still leads the league in technical fouls and with the season 70% complete, is on the cusp of earning his first suspension for earning his 16th. He also just sat out a game against the Lakers for punching Patrick Beverley in the stomach. It seems that he hasn't changed much. Some would say he hasn't matured much.

I for one say good, Stay mean and grumpy DeMarcus. It's part of what makes you good and in time it will make you great. It's one of many things you have in common with The Greats.

During the 2010 draft process JohnThompson, the former Georgetown Coach and mentor a great big men said of Cousins, "I'd rather calm a fool than wake a corpse." John Thompson knows more about NBA bigs than you and me and he like his bigs mean and grumpy. While it is particularly useful to have the biggest man you put on the floor have a bad attitude, time has shown us that all those who take the floor with a chip on their shoulder, those who take the court to win games rather than make friends or endorsement opportunities, those who are willing to trip you or just plain beat your ass...these guys excel. These guys, like Cousins, are your favorite players.

Let's examine, shall we?

Michael Jordan beat Steve Kerr's ass, and he will beat yours too.

It was MJ's first full season back from his baseball experiment. Steve Kerr was assigned to defend Jordan in practice one day, then Michael Jordan beat him up. For those readers who are too young to really remember who Steve Kerr was as a player, he was Jimmer Fredette** before there was a Jimmer and without the annoying fan following. Micheal Jordan beat up the equivalent to Jimmer. The world forgave him. 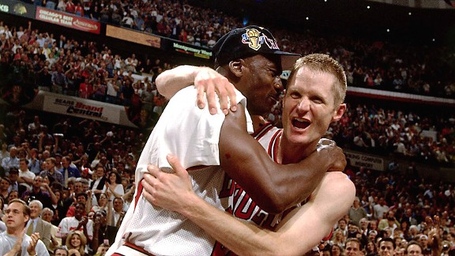 Steve Kerr shown while getting his ass beat.

Vlade Divac could earn a technical with the best of them.

DeMarcus catches a lot of flack for the number of times he get "Teed Up". Our favorite Center, and the motor behind our team in its best years was guilty of the same. He was known for not showing up to camp in shape and smelled like cigarettes and booze. Because he won, we forgave him. 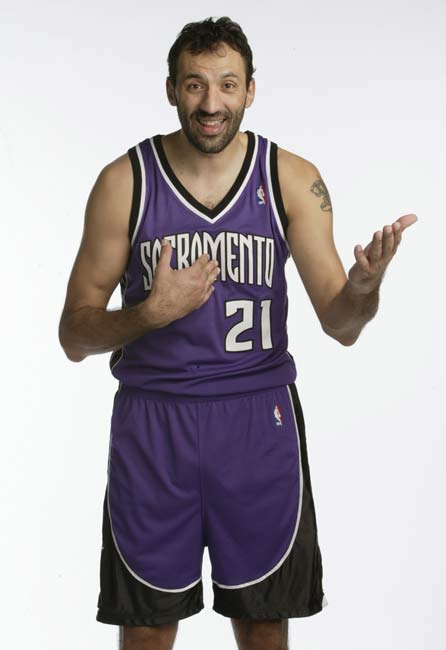 Karl Malone was one nasty SOB.

You want to do a cool google experiment? In the search pane type "karl malone elbow" and watch how many names generate automatically. The one you should really be aware of though is this one to Isiah Thomas that resulted in 40 stitches. Malone also managed to earn himself 21 Techs in 01-02. Malone: basketball hero. 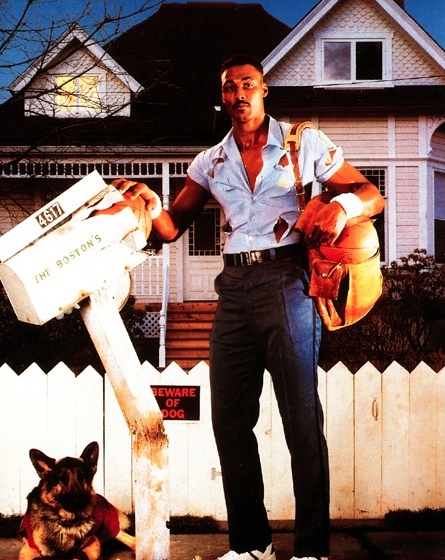 This dog was never seen again.

John Stockton is not your friend.

Oh, you thought was was all entry passes and short shorts? He is on everyone's dirtiest player in history list. 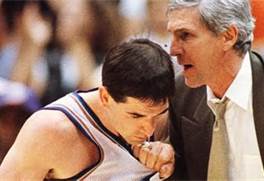 Larry Bird and Dr. J once fought to the death.

I should warn you that this video contains violence. The kind of violence that used to happen when men in the NBA actually punched eachother. Somebody cover Blake Griffin's eyes during the scary parts.

It should also be noted that Bird, early in his career, was not friendly with the media and hated old people.***

I am not saying that being disagreeable pricks is what made these guys good, but I would argue that they were all willing to be disagreeable and/or punch, kick, elbow and swear at others to get a win. In today's NBA where competitors come to eachother's birthday parties, snap a selfie together and post it to Facebook, I appreciate a guy on our team who is not in the game to make friends or be friendly. We view him under a microscope because we care about this team and the rest of the league gives him more scrutiny because of his reputation.

Every year including this one, there are stories of guns, drugs and criminal activity that many NBA names are associated with. DeMarcus has yet to be in any of those conversations. His indiscretions are on the court and a result of passion and immaturity. I think it's important to remember that many of the actions that we condemn DeMarcus for, we have accepted, ignored or even praised others for in recent NBA history. 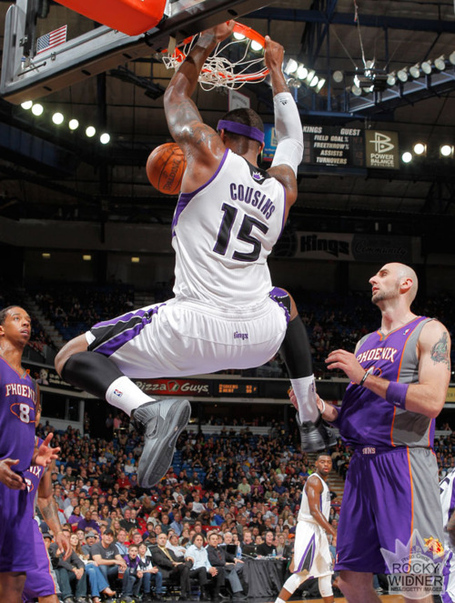 *Interesting fact: Isaiah Thomas is also the tallest person in his family

**There, I wrote his name...do I get readers and recs now?