The Kings may have lost all three games on the court this week, but their victory off the court was more important than any of that.

More than any other victory on the court, this one off of it is probably the most important development this season. The STOP petitions were the last major hurdle to a new downtown arena, and with those thrown out so thoroughly by a judge that STOP didn't even bother to appeal, there's no real road block left. By the time next season rolls around, we could already be seeing the framework of the new arena being built live and in person.

Isaiah has always been a good scorer, but recently it seems he's also been doing a better job of focusing on getting the ball to his teammates, and as such his assist numbers have gone up as well. If the Kings don't re-sign him this summer, then they'll need to get a seriously good replacement, and I'm not sure how many of those guys are available.

Last week we discussed how sad it was that the Kings and Jimmer weren't able to find a trade that would allow Jimmer to ply his trade elsewhere and allow the Kings to get an asset in return. But this week the Kings bought him out, an option I frankly hadn't considered but that makes perfect sense. This allows Jimmer to go to a team of his choosing (which ended up being the Bulls) and it allows this new Kings front office to get a reputation as a team that does right by its players. The fact that Jimmer and Rudy share an agent helps things as well. The buyout also lets the Kings use 10-day contracts to test out players like Orlando Johnson and Royce White among other to see if any of them stick. By the way, I highly recommend reading James Ham's exit interview with Jimmer Fredette.

5. Derrick Williams as a starter

Derrick has proven this year that he's actually pretty good given solid minutes, which usually only come as a starter, It also helps that he's playing with a higher quality of teammate during those minutes. As a starter, he's averaging almost double the points, more than double the rebounds and assists. I wish he could play with the same confidence and efficiency off the bench though, and defensively he still has a lot of work to do.

I've liked what Reggie Evans has brought to this team in his short time here. He's rebounding like crazy, setting great screens, hustling on D and providing some vet leadership for our other bigs. That's all we can ask for from him.

The Kings have been playing Ben McLemore and Ray McCallum a lot lately and while there have been some flashes of brilliance, it's been mostly outweighed by tough to watch basketball. McLemore especially looks lost on the court, not very confident in his shot and absolutely awful on defense. McCallum has been the better rookie as of late, but that's not saying all that much. Both these guys still have a lot of work to do before they become valuable NBA contributors.

Turnovers continue to be a big problem for the Kings, especially on the fastbreak. I don't know how many times I've seen this year that the Kings have ruined a fastbreak due to an overthrown or bad pass. Those are easy points that the Kings are giving up. Another issue is the lack of off-ball movement from guys. You watch a team like the Timberwolves and they're constantly moving and trying to find the open man. The Kings instead do a lot of standing around and dribbling. When they do pass, the pass is rarely easy. There was an instance in the Minnesota game where Rudy had the ball on the wing, got doubled and tried to throw the ball to Ben McLemore all the way on the opposite sideline, but the pass instead ended up in the first few rows of fans. Keep it simple with the passes guys and move to get open.

1. Boogie explodes, in a bad way

When the NBA announced DeMarcus' one-game suspension, it seemed almost like a culmination of Boogie's regression of the past month. After coming back from his ankle injury, he hasn't been the same dominant player on the court and his attitude has grown worse. Punching Beverly was idiotic, even more so than his ejection (which puts him one technical away from another suspension). But even more worrying in my mind was his explanation to the media in practice the next day about what he can do differently and instead of taking responsibility for his actions, he shunted that on the referees, saying that the techs he get aren't really techs and maybe he should "just not show up to games". Sorry but that's bullshit. If he truly wants to be a leader, he needs to do so by first taking responsibility for his own actions and correcting those.

2. Three ugly losses, each in their own way

The Kings started off the week with a huge blowout loss to the Rockets, a game that was over after the first quarter. The next two games weren't nearly as out of reach, with Sacramento definitely having a chance to win in both, but didn't due to critical mistakes and defensive errors. The Kings allowed the Lakers to make 19 of 27 threes (70+%!), including 8-10 for Jordan Farmar. Against the Wolves, they slowed down for just one quarter, but that was enough.

The Kings may have lost all three games this week, but it certainly wasn't because of anything Rudy Gay did. For everything that's happened this year on the court, the most important development has been the acquisition of Gay; After years of needing a Small Forward, the Kings now have an exceptional one. Disregarding salary, how many SFs would you rather have than Gay, assuming he continues to play like he has been? My list is LeBron, Durant, Melo, George, and maybe Iguodala. I'll be very interested to see what happens this summer with regards to Gay, because I think with a full training camp, continued development of our other players, and a high draft pick this could be a very good team. We're now 14-15 with Thomas/Gay/Cousins and that's considering our poor depth, bad defense and little production from the shooting guard position.

The visual of all of JT's teammates:

I hope i didnt miss anyone...this took my work hours to make lol

This pretty much sums up the season for me 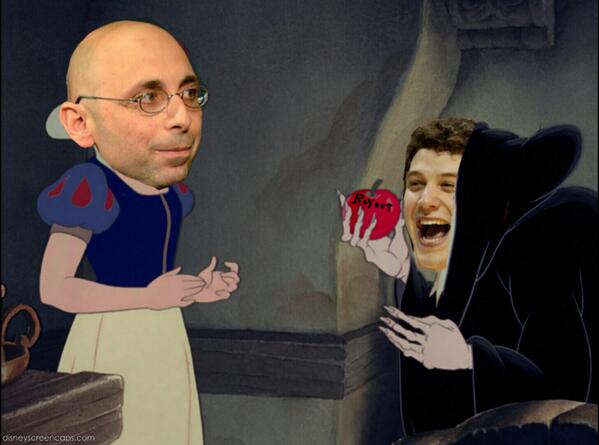 In response to Greg's post on Jason Thompson's teammates:

Yes, but can he play Cash Considerations?

This gets me to thinking (and that's never good) about the psychology of fans as it relates to the jerseys they wear (yeah, this is really not good)

Cousins: You are the anti-hero, always hoping to stick it to the man. You also like going on the kiddie rides at the fair, and you get along a lot better with kids than adults.

Isaiah Thomas: You’re short in the torso and inseam, and this is your way of getting even for all of those rides that you were prohibited from going on when you were a kid.

Rudy Gay: You are very comfortable in your own skin and above cheap humor.

Jason Thompson: Your two favorite colors are black and white, your favorite ice cream is vanilla (as long as it’s not too cold), and you own five pairs of the same khaki pants. You’re basically Jim Harbaugh without the money.

Ben McLemore: You like the jersey, because you always mis-align the buttons on your dress shirts. You are a bit of a romantic, and klutzy in a way that others find strangely attractive…for awhile.

Travis Outlaw: You have never received as much as a parking ticket in your life.

Ray McCallum – You are his mom or his dad.

Derrick Williams – You no longer wear it, as you inadvertently sewed the head/neck hole shut.

Quincy Acy – You want to be Reggie Evans when you grow up.

Reggie Evans – You constantly bump into people, and always excuse yourself by saying "no offense."

Aaron Gray – You listened to your grandpa spin yarns about Henry Finkel and Chuck Nevitt when you were a lad.

Carl Landry – You own a matching hat.

Consistency among Kings Part 1 by MikeGfromSD Rudy: "This is my ball. There are many others like it, but this one is mine." 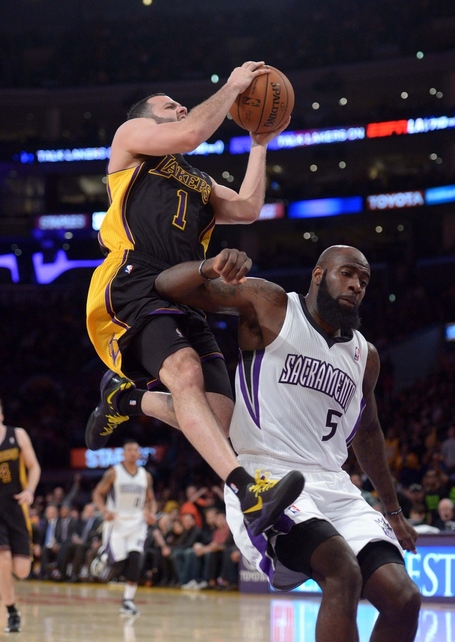 3/3 v. New Orleans W (The Kings won't be at home again for a while, so they'll need to take advantage of the opportunity they do get, especially against a depleted Pelicans squad)

3/5 @ Milwaukee W (The Bucks are the worst team in basketball right now and by far the best chance for the Kings to get a win on the big road trip.)

3/7 @ Toronto L (The Raptors are a good team, and Rudy is going to be in Canada again, and something in the air there makes him play bad)

3/9 @ Brooklyn L (The Kings obliterated the Nets early on in the season in one of Marcus Thornton's best games of the year. Now though, the Nets have turned their season around and Marcus Thornton is one of them. Sacramento has a size advantage, but the Nets have plenty of depth and experience.)

Nostradumbass Record for the Year: 27-32