The Bucks have been sold to owners willing to keep the team in Milwaukee, but without a new arena the team's fate shall remain uncertain.

Joyous news for fans of the Milwaukee Bucks broke on Wednesday, as it was announced that majority owner Herb Kohl had agreed to a deal to sell the Bucks to a group led by hedge fund billionaires Marc Lasry and Wes Edens for $550 million. Along with the sale announcement came two really big wins for Bucks fans hoping that the team will stay in Milwaukee long term:

1) The deal was brokered with a stipulation that Lasry and Edens keep the team in Milwaukee. 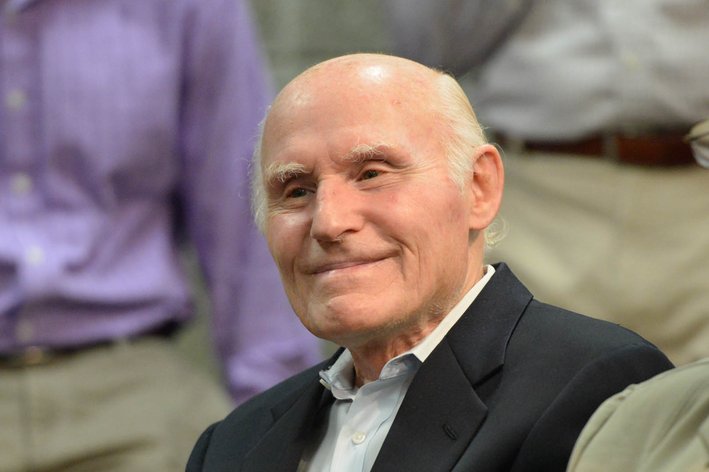 Herb Kohl's almost 30-year tenure as owner of the Bucks is set to end.

First off, I want to personally laud Herb Kohl for the way he handled this situation. As a Kings fan, this is exactly what I would have wanted from the Maloofs. No drama, no relocation threats, and a commitment to doing right by the city. Bill Simmons recently reported that Kohl refused to sell the team to Hansen and Ballmer despite the fact that they were willing to pay more than anybody because he was steadfast in his desire to sell only to a group that would keep the team in Milwaukee. Even then, he went above and beyond by offering a huge amount of money towards a new arena for a team that he won't even be the majority owner for.

So yes, this was a huge day for Milwaukee. However, the future of the team isn't safe just yet because now the hard work begins: getting a new arena built.

Here We Stay was founded on the back of another failed arena attempt back in 2010. We knew that without a new arena, this team would be gone and we wanted to help drum up some community support. Fortunately we had a city council and a mayor who were more than receptive.

That fact became even more abundantly clear during the two relocation attempts by the Maloofs. By the time the team had finally been sold, it came with the stipulation by the NBA that a new arena had to be built or the league could take over the team and move it where they wished.

The city of Milwaukee has yet to get an arena deal in place, and despite the very generous pledges by Kohl and the new owners, it will be without merit if an arena doesn't get done. This is where the fans and the community of Milwaukee come in. The one downside to how clean this drama was is there's a little bit less of a panic and pressure to get something done, and yet there should be, because if the city's not prepared when the time comes, the Bucks will move. It's not fair, but it's the reality of today's NBA. It'll be up to the community and city government to come together and find a way to get a new building built.

So congratulations Milwaukee, and yes, you should celebrate. But save some energy for the real fight, because it's yet to come.