The season is over, and you know what that means! No, not Playoffs. This is something better. This is the Jesty Awards. These awards aren't about worthless things like stats and victories. These awards go much deeper. These are the Jesties.

Share All sharing options for: The 1st Annual Jesty Awards

Hello all, it's me, your host, Bradley Geiser. It has been a wonderful year for the people of Sacramento. The team is staying, we have a new arena coming, a great new ownership group! (

There were 28 moments filled with sheer excitement, and 58 other moments where it was hard to swallow, and I was just left feeling sick inside, wanting to throw up. But enough about my first experience with Zing Vodka. (Audience Laughter)

None of this year would be possible without our awesome new ownership group, so please give a big around of applause to the ringleader of that group, the wickedly talented. Vivel Naseem. (More hysterical laughter)

The year wasn't without it's surprises, either. None bigger than Shaquille O'Neal... (crickets)

So without further to do, ladies and gentlemen, I bring to you, this years winner in the 1st Annual Jesty Awards.

Best Performance by an Unknown Player

Best Representation of a Pizza Guy

Honorable Mention: Travis Outlaw, Like a Pizza Guy, he always delivers in 30 minutes or less.

The Mike Bibby Award For Defensive Excellence on a Single Play

Best Use of a Prop in a Dunk

Ben McLemore, (Shaq, a royal cryer, a throne, a crown, and a jersey.)

Ray McCallum, for his fearlessness in going from the doghouse to consistent minutes.

Honorable Mention: Travis Outlaw, for the name on the back of his jersey.

S.T.O.P., for their valiant attempts at stopping Sacramento from progressing as a city.

Honorable Mention: Other Defenders, for their valiant attempts at stopping Travis Outlaw from progressing as a player

Kevin Fippin, for his astounding work as our Social Media Director, as well as his prowess as starting center of the Washington Wizards.

Honorable Mention: Travis Outlaw, for his legendary performances on and off the court.

Most Likely to Release a Platinum Album

Honorable Mention: Travis Outlaw, (because he has that smooth voice that has to transfer to a great singing voice)

Greatest Performance by a Dinosaur

Honorable Mentions: Jermaine O'Neal, Vince Carter, Derek Fisher, Travis Outlaw (Because of how old this running joke is getting)

Honorable Mentions: Derrick Williams, the self Alley Oop, Travis Outlaw (I don't remember any specific ones, but I think he probably had some, and they were probably awesome)

Honorable Mentions: John Salmons, his entire tenure here. Travis Outlaw (Because he technically is a former player, a present player, and a future player)

Never Hungover, their latest innovation in making the world a better place

Most Likely To Complain About These Awards 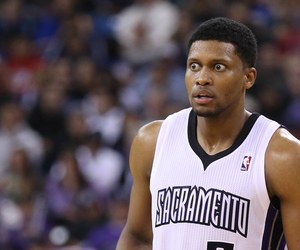 Honorable Mention:This portrait I spent 6 weeks on of Travis Outlaw 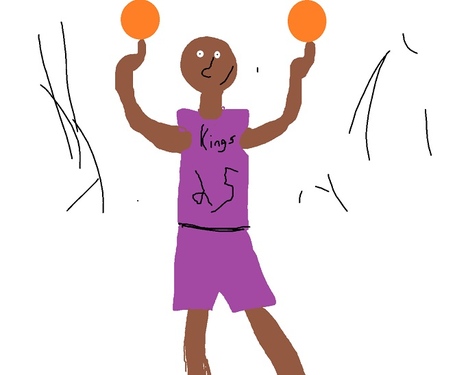