The Kings are getting a bunch of new looks this season.

A couple weeks ago we got a look at some mockups of what appeared to be new jerseys for the Sacramento Kings this season.  Now we can see what at least the road jerseys look in real life, as they were on display at the NBA meetings in Las Vegas.

Here's a view of the front: 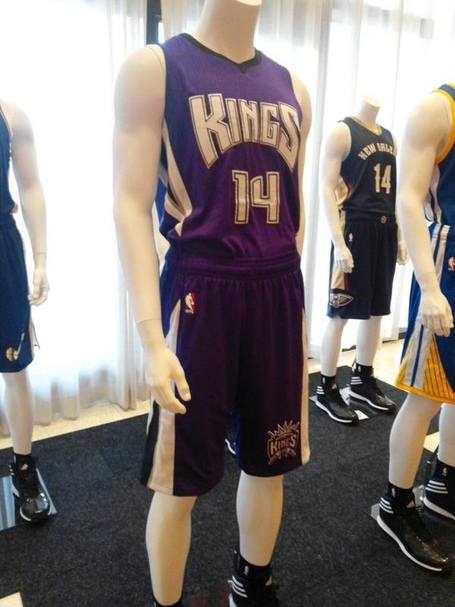 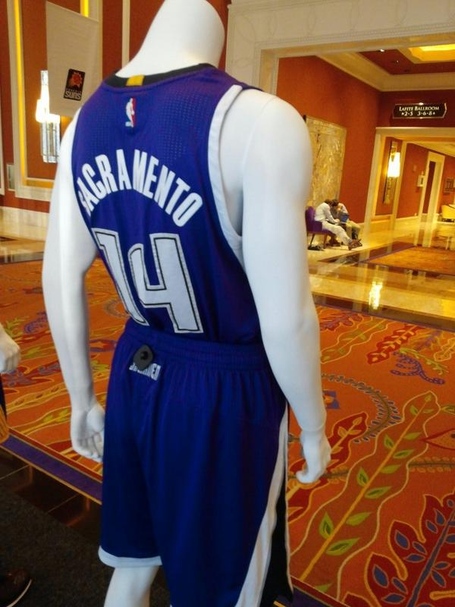 The jerseys appear to be more purple than the old jerseys and more like the purple used by the glory-era Kings, as shown in this side-by-side comparisons:

The gold tab in the back is something that every team that has won championships is getting.  If you're confused by this, the Kings as a franchise technically have won the title, back in 1951 when they were the Rochester Royals.

Speaking of the Rochester Royals, it also appears that the Kings will be wearing Rochester throwbacks this season, per the same catalog that showed off the new jersey mockups. UniWatch got their hands on the whole catalog and here's what the throwbacks will look like:

A little simple but they're clean.  They're basically the road version of the "Royals" throwbacks the Kings wore a few years ago.

UniWatch also showed off this years Holiday/Christmas uniforms which feature each team's secondary logo and display the player's first name on the back rather than the last.  This is still a better gimmick than the monochrome and sleeved jerseys of the past few years. 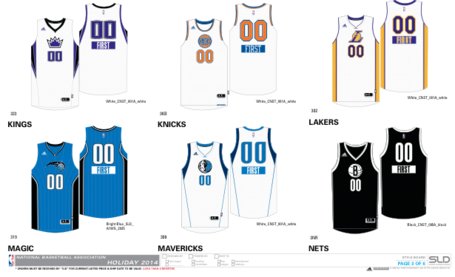 Note that every team has one of these jerseys and not just some teams like previous years.  That doesn't mean the Kings will play on Christmas day but maybe they'll wear these for one or two games around the Holidays.