Bring on the purple.

Share All sharing options for: Sacramento Kings to debut new court for 2014-15 season

The Kings today announced that along with the new uniforms, the Sleep Train Arena Court would also be updated.

Some of the features of the new court include purple sidelines, an updated center court team logo and a Sleep Train Arena and Crown Logo.

While the court has yet to be completed, the Kings did share some pictures and video of the work in progress: 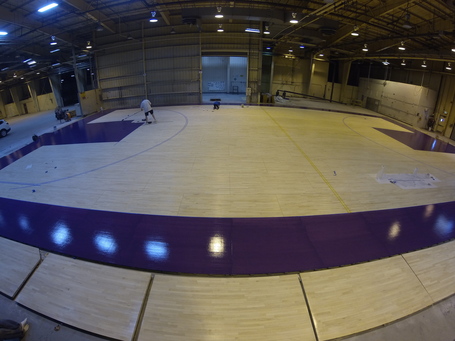 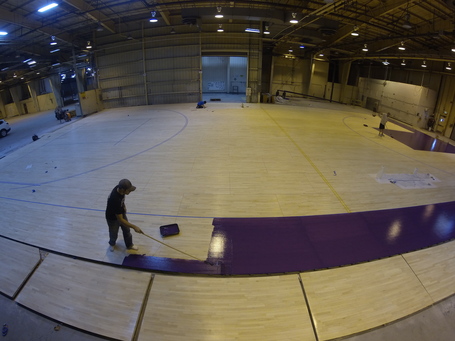 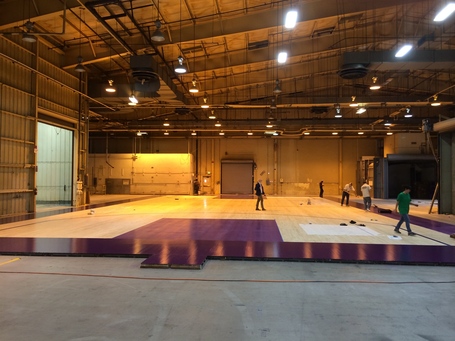 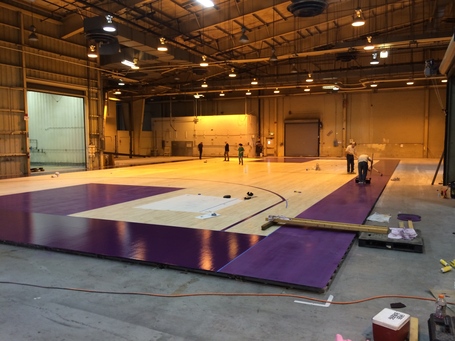 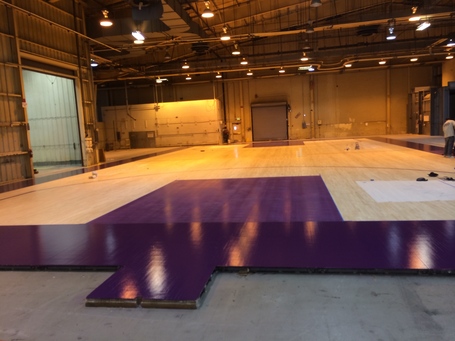 You can also check out some video of the new court, including the new crown logo, by downloading it here.

Here's a video of the Kings painting the court itself:

Like the updated uniforms, the court seems to be using a brighter shade of purple than in years past, as the Kings' primary color has been more bluish-purple.  This of course is a throwback to the purple used by the Kings from about 1995 to 2003.

It's currently unknown what the center court logo will be, but I think it's a good bet that it will involve the stylized "KINGS" found on the new jerseys and currently being used as the primary logo on Kings.com.