15 games in, what do we think of George Karl?

Share All sharing options for: 15 games in, what do we think of George Karl?

When the Kings finally hired George Karl during the All-Star break, the feeling that most Kings fans seemed to have was relief.  Here was an established coach who could guide this team back on the right track and perhaps add some excitement to the final stretch of the season.

Karl's addition has by no means been a cure-all.  The team has gone just 4-11 under his tutelage, and lost at least four games that they probably should have won (Orlando, Miami, Washington, Philadelphia).  Karl also hasn't had the benefit of utilizing starting PG Darren Collison, who sustained a hip injury before Karl was hired and will likely miss the rest of the season.  DeMarcus Cousins and Rudy Gay have also both missed a few games here and there due to various ailments during Karl's 15 games, leaving him with an even emptier toolbox than usual.

Before we venture into some analysis, let's take a look at what the numbers tell us of Karl's short time as head coach in comparison to Mike Malone and Tyrone Corbin.

Egads.  While Sacramento's offense has recovered to be almost as effective as it was under Michael Malone, Sacramento's defense has fallen precipitously (and it was already bad).  By comparison, the 29th worst defensive team of the past month, the Minnesota Timberwolves, are almost 3 points per 100 possessions better than the Kings.

Before we pin all the blame on Coach Karl for the team's defensive woes, it should be noted that Darren Collison's absence plays a big factor.  According to NBA Stats, while Collison wasn't a huge individual difference maker (opponents only shot -.1% worse when defended by him overall), his replacement, Ray McCallum, has allowed opponents to shoot a whopping 6.7% better against him including a ridiculous +23.2% from less than 6 ft and +14.7% from less than 10 ft.  McCallum gives a lot of effort and energy, and as such has been called a tenacious defender by his coaches, but he's still very inexperienced on that end of the floor and in the team concept, resulting in more opportunities for the opposing offense than Collison.

Malone was able to keep the Kings moderately competitive on the defensive end thanks to keeping possessions low and focusing on halfcourt sets, whereas both Corbin and Karl have been directed to make the team run a smoother and much faster brand of basketball.  That allows for more opportunities for mistakes, as well as an increased amount of fatigue.  Given that Sacramento already has few plus defenders as is, it's unsurprising to see the team struggling so much on that end.  It's as much a problem of personnel as it is anything else. 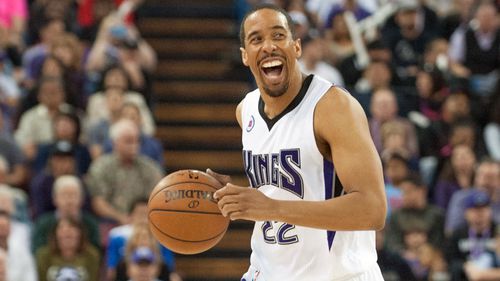 Offensively, Karl is doing some things I really like, even despite Collison's absence (I'm certain Sacramento's offensive rating would be significantly better than the Malone total if he was available).  The Kings are passing much better, upping their assist percentage to 58.1% while maintaining the same turnover ratio (still bad but it didn't get worse even with more passing).  While the numbers don't show this, there's also a lot less standing around and isolation plays.  When players get the ball, they're looking to do something with it.

Karl's also gotten Sacramento's bench to be productive, although as I've said before, Andre Miller's ability to run the team has helped a lot in that regard.  Rookie Nik Stauskas is also seemingly starting to find his rhythm under George Karl; While his playing time has been inconsistent, in 9 games his shooting numbers have gone up to 46.9% overall and 42.1% from three, and he's also getting to the line a couple times a game.  Those are good signs going forward.

There are some things that Karl can't change however.  Offensively, the Kings still don't have enough shooters to turn the team around on that end.  While guys like Derrick Williams and Omri Casspi have taken those roles, they aren't reliable enough to stretch the floor for the offense.

When judging Karl's tenure so far, it's important to remember that he's still experimenting and learning himself.  These aren't typical regular season games.  This team is now playing for next season, auditioning for roles on what will (hopefully) be a much better team with a shot to play games that actually matter.  I trust Karl to do the best with what he has.  He has the track record to back it up.  Now it's up to the front office to give him the right tools so that we're not saying the same thing next March.