Hi there, we are so excited to have you join us here at the Dunder Mifflin Sacramento Branch. I know first days can be awkward, so I would like to take you around to meet everyone. We have a great team and I really think we're going to be the number one paper company in the United States next year. We've had a rough past decade and I haven't done much to improve the talent, but I can feel it. This is going to be the year!

I know we met in the interview, but in case you forgot, I’ll be your tour guide, Michael Scott.

I run this operation and I think I do a great job. I'm constantly trying to come up with new, weird ideas - even though most of the don't work out. I take myself extremely seriously even though I'm a bit of a laughingstock in my business community. Although plans tend to blow up in my face, there is always an underling to take the blame. I get really impatient when things don't work out immediately and I've been know to change directions suddenly and frequently. I probably pay for most of my friendships with celebrities and my office would run a whole lot more effectively if I would just let people do their jobs and stopped interrupting with my input. I was successful in another industry, but that doesn't necessarily mean I know how to guide a group of people to success.

I would like to introduce you to Dwight Schrute.

He's our top salesman and has been for the past several years. He is unshakable in his belief of beets, bears, and Battlestar Galactica. Dwight thinks most of the people around him are idiots and frequently plots against others in the office. In fact, he's tried to get several superiors like myself and Jim fired in the past. Although Mr. Schrute is our most tatlented salesperson, his personality quirks and archaic sense of loyalty in business strip him of the ability to become a superstar in the paper industry. Our numbers would definitely suffer in the short term if we lost Dwight, but weren't not entirely certain he's the future of this company or that he can help lead us to a profitable future. Outside of the office, Dwight seems like a nice guy who struggles to get along with others. I could see him thriving in an environment with real management in place around him as well as strong coworkers. Right now, Dwight does as he pleases as I can't afford to lose him.

Todd Packer is our traveling salesman.

Hes been in the industry a long, long time. Although he's got a ton of talent within the paper industry, I don't know if he belongs in the modern office environment. A lot of his ideas and beliefs are old-school and I have no idea how he'll ever connect with a millennial. He's tough on new guys and doesn't understand what's appropriate and what's inappropriate. I hired him through a friend of mine but I don't think he'll end up being a permanent fixture at Dunder Mifflin. Also, Packer and Dwight don't get along at all and I wouldn't be shocked if there was a physical altercation one day.

Next up is Stanley Hudson.

He's a part of our main sales team and is a solid talent. We haven't seen Stanley particularly improve or decline throughout his career. He just simply wants to come into work, get his paycheck, deal with his clients, and leave. I don't really know if he gets along with his coworkers, but he's definitely not the headache like some other people in this office. If Stanley is the most talented or second most talented salesperson in your office then you are in trouble, but he's a good performer overall. He's certainly replaceable, but he's also got some unique talent and performs well for what we pay him. He does his own thing a lot of the time and enjoys working in isolation, even when a team effort is needed. When he's engaged, he can be truly special, but we don't get to see that part of him very often.

Oscar Martinez is our numbers guy.

He's extremely intelligent, he knows he's intelligent, and he'll let you know that he knows that he's intelligent. Oscar will let you know when you are wrong about the smallest fact and he always wants to win the argument. He's always helping others in the office with their numbers, but there is definitely an ulterior motive at times. Oscar can be really harsh with his coworkers and is a bit of a diva. He's all about the numbers and loves to look at spreadsheets and statistics. Sometimes, he can be really lazy when it doesn't benefit him personally to work hard.

Pam is our all-around talent. 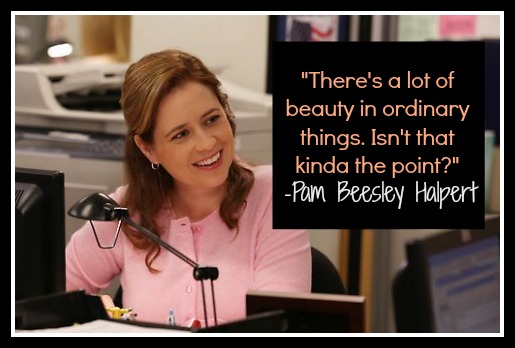 Pam is our all-around talent. She started out as a receptionist, then moved to sales, and is now the office manager. I don't know if she's the most talented person in the office, but she works her butt off and is still growing. Pam is always willing to do the dirty work and oddly gets along with Dwight. I think their contrasting personalities somehow make things work and a lot of the time she covers for him when he makes a mistake. She's also the artistic one in the office and could be really special one day. No one dislikes her and everyone hopes she stays with us for a very long time.

Darryl was bouncing around from job to job until he ended up in our warehouse.

Over time, he's proven that he belongs in the office. He does a good job running the warehouse, but an upgrade may be necessary. I wouldn't mind him in an assistant manager job to help with the day to day operations. If the manager calls out he can fill in, but I don't think he's got enough in him to run things successfully.

This is Pam's husband, Jim. Everyone loves Jim.

No one want to see Jim go to another company. He's got a knack for keeping things light and always seems to know when the camera is turned his way. Jim isn't our most talented salesperson, but he can land some big accounts with his charm and he can be trusted to come in and do his job. He's a glue guy in the office and I don't think the production would be the same if he left.

Also with our sales team is Andy 'the Nard dog' Bernard.

I'm not sure why Andy still has a job. He works hard and generally has a good attitude, but his sales numbers aren't stellar and don't seem to be improving. He always seems to be running around to generate leads, but when he gets the call he doesn't close. Andy is hyper and doesn't react well under pressure. Everyone likes him, but he needs to step it up or he won't be in the office much longer.

We also have Phyliss. She's married to Bob Vance of Vance Refrigeration. 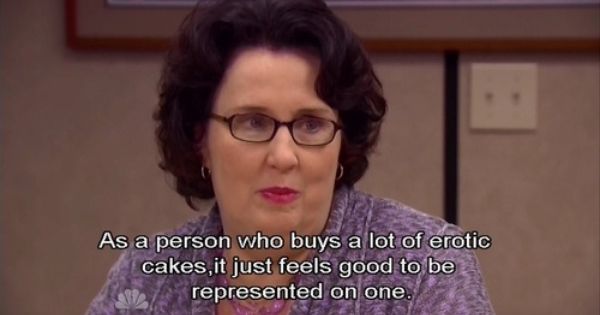 She's a veteran in the business and is going to give you solid numbers on a day to day basis. There's no drama associated with Phyliss and you won't really hear from her unless you ask her a question. Clients are happy with her production, but don't ever expect her to do any more than she's doing right now. She'll never be top sales person, but she'll never get fired either. She's worth the money and her return on investment is very good.

I have no idea why she gets so much screen time. She's supposed to bring humor and a different perspective, but I simply don't enjoy her role. When she does get on camera she hogs the time and doesn't help her officemates. She's unreliable and hasn't helped the morale of this group in the least. There are more talented people out there that should be getting her pay and her camera time. When we hired her away from another company, she was supposed to be an expert customer service person, but she's been a huge disappointment.

Erin Hannon is our current receptionist. 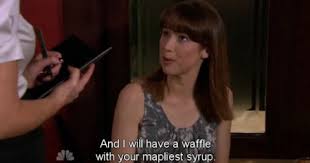 She brings energy and effort, but her talent level isn't the highest. We kind of know who she is as a coworker and I wouldn't mind keeping her on staff as long as she comes cheaply. She's always smiling and seems to genuinely enjoy her coworkers. She's a positive influence on everyone in the office as she's always giving maximum effort.

I don't know why we hired Meredith.

I don't know why Meredith is even in the United States. We found her through a friend of a friend and for some reason hired her. I've never seen her actually do anything good and she honestly doesn't belong in the office. Her behavior makes me uncomfortable and is funny in a sad kind of way. She doesn't seem to have a whole lot of talent or really contribute in any significant way.

Ryan is the temp and I think he'll be around for a few years.

He seems to have some talent and we got lucky the temp agency sent him our way. I could see Ryan really thriving and making something of himself, but I also have some concerns about hype over talent. Ryan’s dad and brother were super successful in the paper industry, so I’m hoping he’s got some of that in his genes as well.

Finally, we have Creed 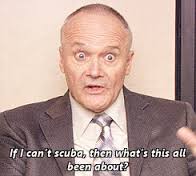 Creed is the senior citizen in the office. He was a former top salesman, but I don't really know what he brings anymore. He has a lot of good stories, but he seems fairly washed up. At this point, he's more of a stable option than a contributing talent.

Let me know who is who in the comments!