A few months ago Sactown Royalty decided to elicit questions and suggestions through a mailbag article. Many suggestions were made, but one in particular piqued my interest. Camera Marty suggested creating profiles on members of Sactown Royalty so we could all get to know each other better (I'm not certain this is a good thing.) I took that suggestion and ran with it. Over the next few months I'll be working with different members of the site and finding out more about their fandom, their basketball history, and their personal lives. Some profiles may be very similarly done while others will be extremely unique. This is still very much a work in progress, so if you think of questions you would like to ask staff members or suggestions for the profiles - pipe up in the comments!

Who is this guy anyway?

Why are you a Kings fan?

I keep asking myself the same question. I've been a Kings fan all my life. My dad took me to my first game when I was about 6 years old but I didn't really become a fanatic until 1998 when the Kings became good. Does that make me a bandwagon fan? I feel like I've made up for it with my continued fandom over the last decade. It was more than the Kings becoming good that got me hooked though; That team was fun. I would make sure to watch every game on TV or listen to them on the radio. I was that kid at school who could tell you everything about the previous night's game. I got addicted. Robert Horry hitting that shot is a bottom-5 moment in my life (which all things considered means I've been pretty lucky).

Who is your favorite (non-Kings) NBA player of all time?

I'm assuming this question means someone who has never played for the Kings so I can't say Isaiah Thomas. This isn't something I've thought about too much, but the first players that popped up into my head are Dirk Nowitzki and Steve Nash. Peja's my favorite King of all time, so you know I love shooting. I also really enjoyed those Kings-Mavericks rivalry games back in the early 2000s, and Nash continued to be a joy to watch in Phoenix. I was really happy to see Dirk and the Mavericks (and Peja) overcome the odds in 2011 to win the title.

Who do you think will be in the Kings starting lineup to open the new arena?

What should the Kings do if Darren is going to miss 20+ games to start the season?

Personally I doubt that Collison will get a 20+ game suspension, but I do think he will get 5 or 10 games if he is convicted. I'd respect the Kings if they straight up cut Collison if the charges prove accurate, but this is the NBA, and that kind of thing doesn't happen. I believe the Kings will find a suitable backup PG stopgap in a trade at some point this offseason and that player will fill in while Collison is gone. I don't think the Kings will find a long-term PG by trade this year as I think they're going to look to make a splash next summer (or possibly at the deadline in a trade of DeMarcus Cousins. Am I the only one who notes that the Kings draft makes a lot more sense if they're preparing for a possible world in the near, but not immediate future, without Cousins?)

But really, who is this guy anyway?

Tell us about your journey from fan, to commenter, to contributor, to the editor of Sactown Royalty. How did that play out?

I first discovered the site after Yahoo's Ball Don't Lie posted a link to Sactown Royalty's draft reaction thread of the Jason Thompson draft pick. I ended up bookmarking the site and following Ziller's coverage. I lurked for a few months before signing up. I thought the FanPost system was really cool in that it gave commenters a way to share their own opinions to a wide audience. Eventually I started doing a week in review series called "The Good, the Bad and the Ugly" that proved to be a hit and Tom eventually asked me if I wanted to join the staff and put them straight to the front page.

From there I just kept on writing, and it was so rewarding seeing all the comments and discussion that would come from something that I wrote. I'd always loved writing, but it's so much more fun when you can share it with people and generate a discussion, plus it was easy to write about something I was passionate about. Being a contributor also gave me opportunities to do things that I never would have been able to otherwise and for that I'm thankful. I'm especially proud of what we were able to do as a community during the relocation fight.

To be honest I don't think I ever once thought that I might one day be the editor of the site as a whole. Tom Ziller and Sactown Royalty were so synonymous that to this day Tom still gets e-mails addressing him as the editor of the site. So when Tom let me know that he'd be leaving the site and that he wanted me to run it in his place, I was both saddened and honored that he chose me. Even a few years later, I still feel like I have big shoes to fill.

Who would be your first selection to join your dodge ball rec league team if you could choose any member of Sactown Royalty? Why?

Probably Jlv2012 because he'd be inspiring with his positivity and the other team wouldn't want to hit him anyway. 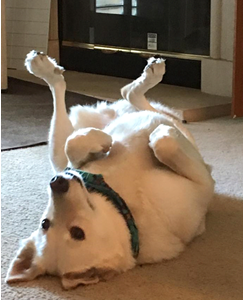 Hobbies: StR is my hobby 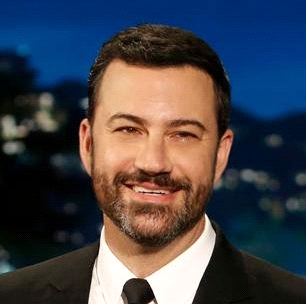