Kings fans, I understand that not everyone who reads this blog had the privilege (and I do mean privilege) of getting to see the Kings play at Arco Arena/Power Balance Pavilion/Sleep Train Arena. Let's face it, the place was a dump: there were as many tarps as jerseys in the rafters, the wood floorboards in certain sections creaked worryingly when too many people were moving, and there was always a lingering sense in the back of your mind that you were a goner if there was ever an earthquake.

But you know what? It was our dump. The most fitting experience I can think of as a Kings fan is the nights where the team was wildly overperforming against a good team, the crowd into it, and they blew it in the last four minutes, leaving some 17,000 people to shuffle out the tight concourses to walk a mile and a half back to their cars in a poorly lit sea of parking in the cold rain. That is quintessential Kings to me; it made the masochistic schadenfreude of supporting this team after 2006 complete.

So today, I am here to share with you my story of my last visit to that glorious pinkish/beige box out there off I-5. You see, last month, the Kings sent an email out to season ticket holders that they were opening the arena up for dedicated fans to come grab pairs of seats from the old barn. Naturally, this was an opportunity I could not pass up since I have so many memories of never being able to get comfortable in those hard, flimsy plastic seats. I think I even got a splinter once from one of the wooden armrests, but I digress. Out to Natomas my dad and I went to collect our two pairs of seats.

I can't tell you why, but for some reason, in our minds we figured that we'd get there and there would just be this giant mound of seats out in the parking lot for people to climb onto and grab what they wanted. In retrospect, that's completely stupid, but it made sense at the time. No, the truth was actually weirder than either of us could have imagined. 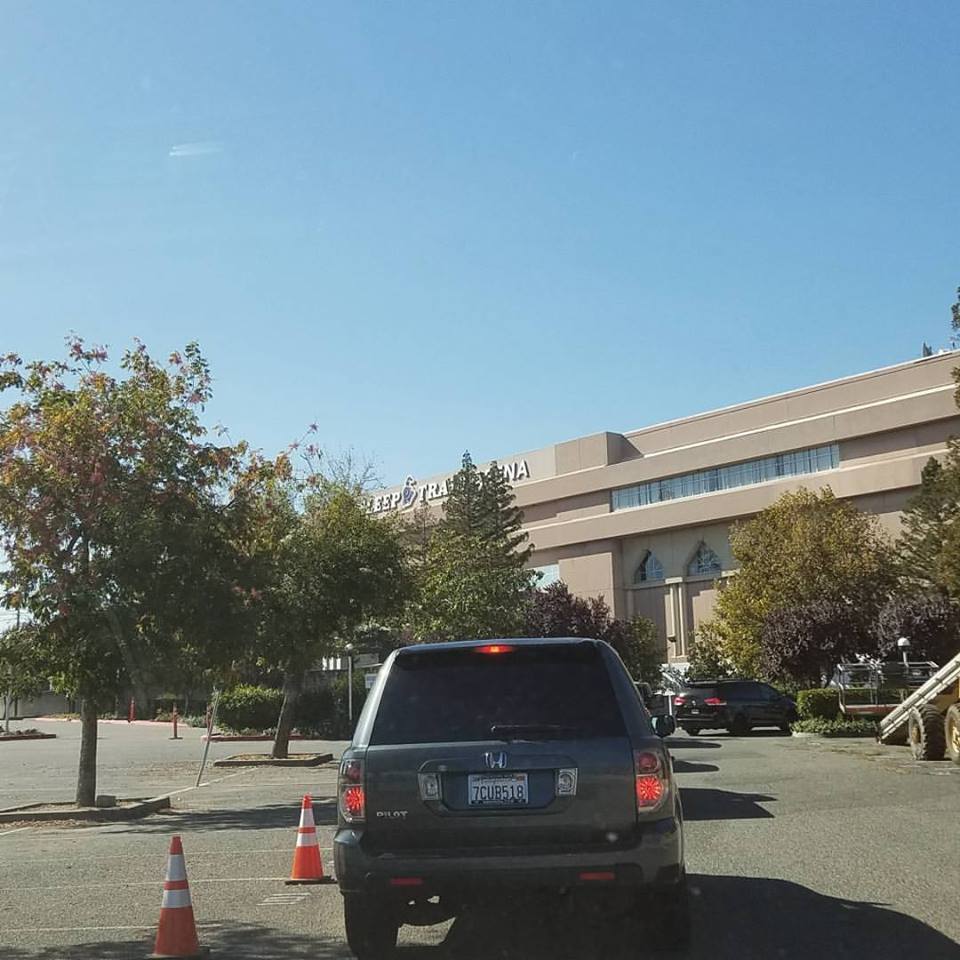 They were lining all of the cars up to go around the building? But where were the seats, we thought? We couldn't see any outside, and we didn't see any cars parked; all we knew was that there was this one, long line of cars appearing to stretch around the back. What's going on here? 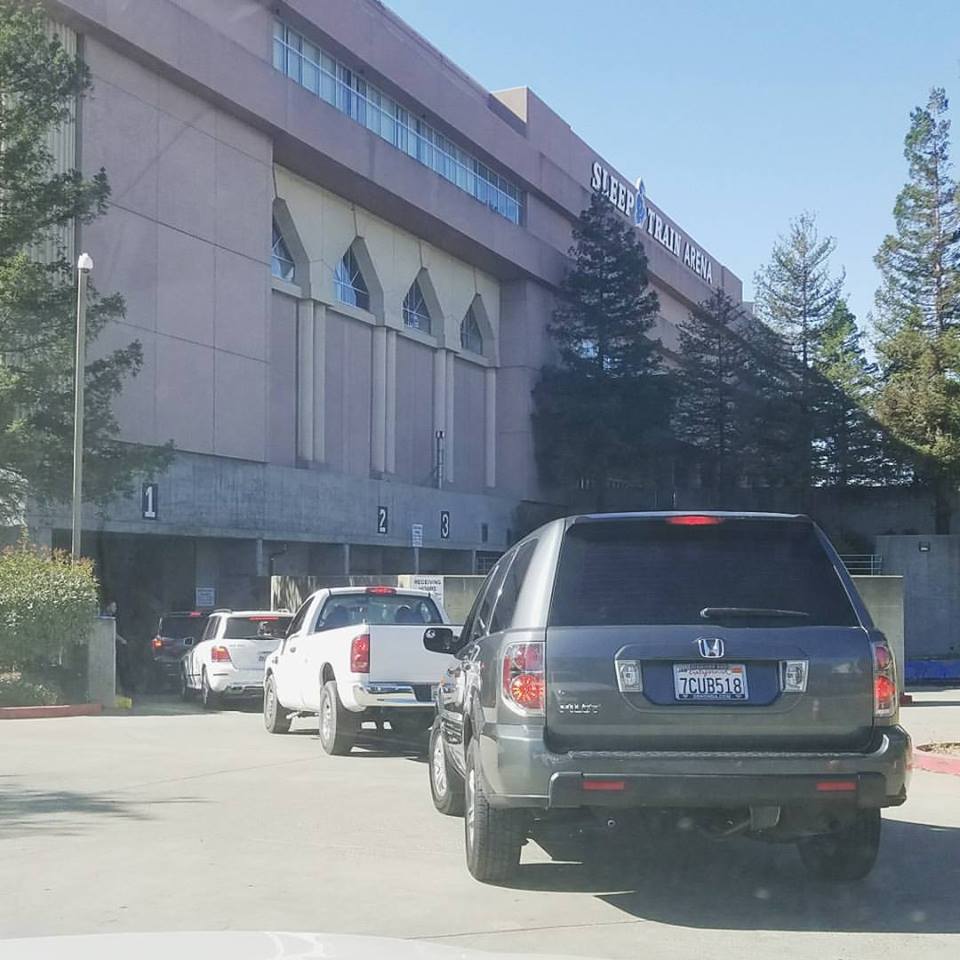 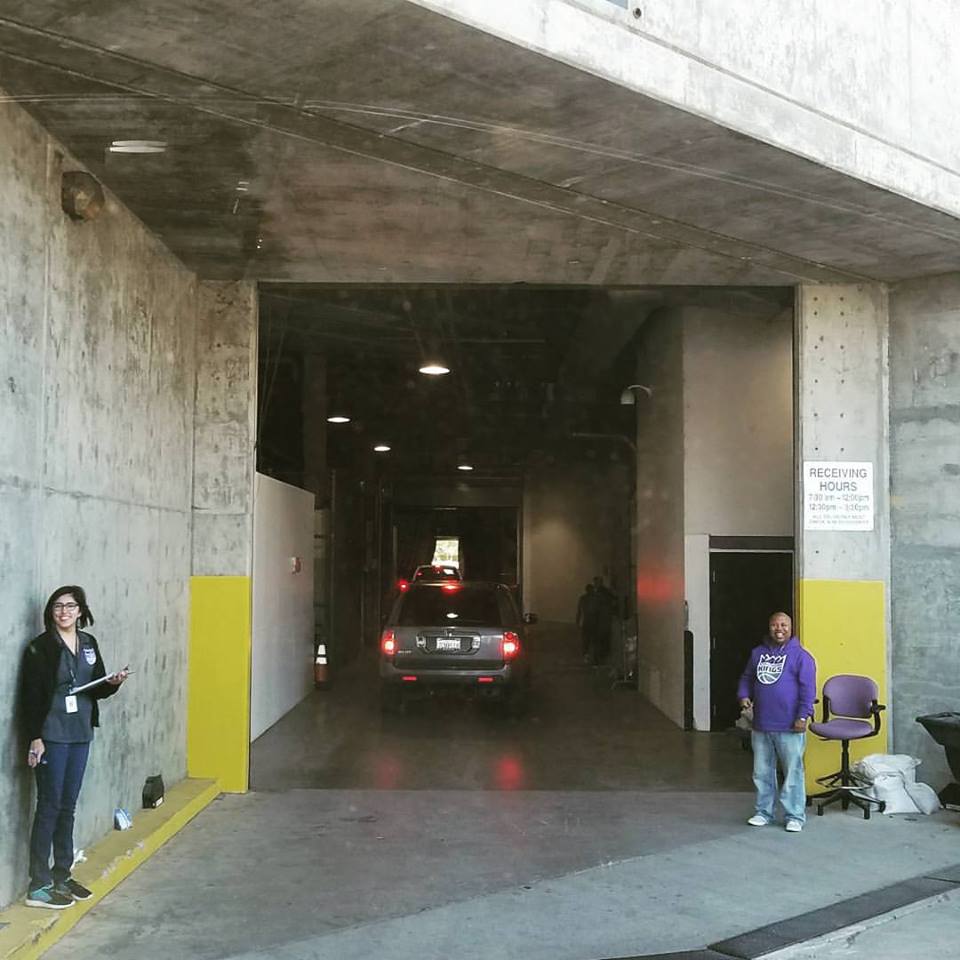 Oh. Okay then. Guess we're just going to casually drive our car into the middle of the arena. 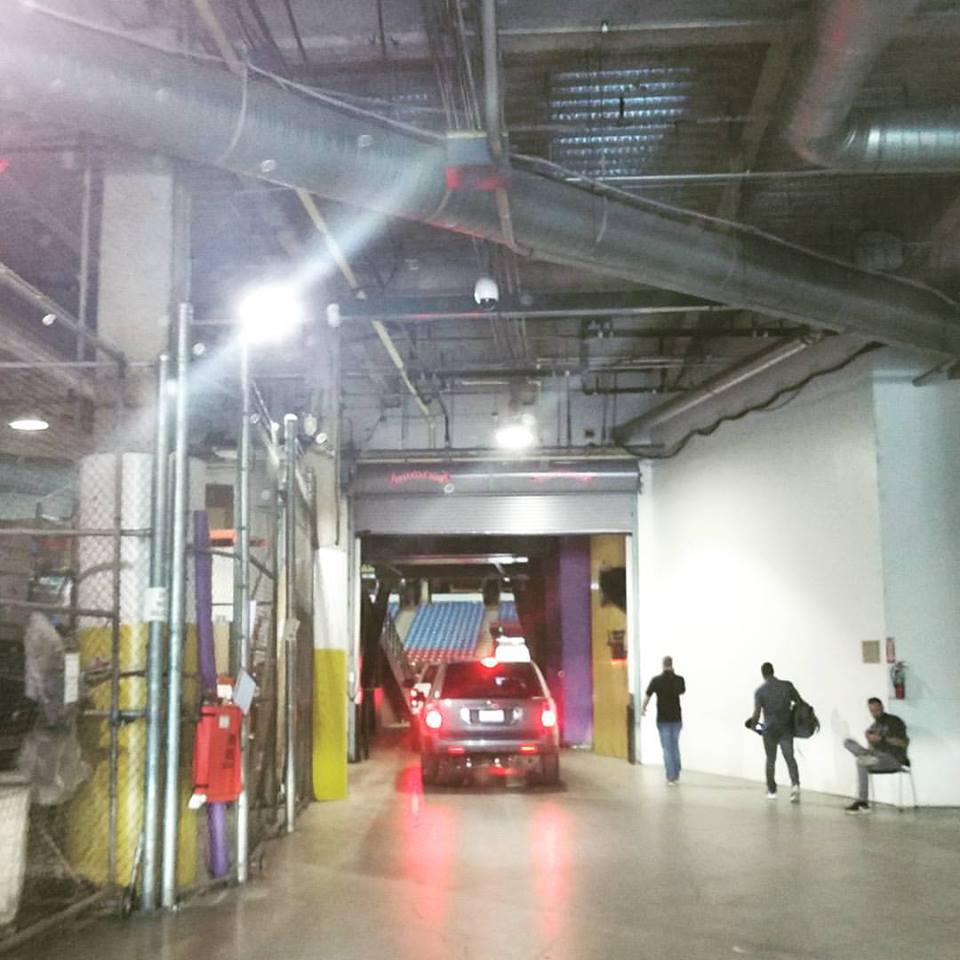 "We're not in the Golden 1 Center anymore, Toto." 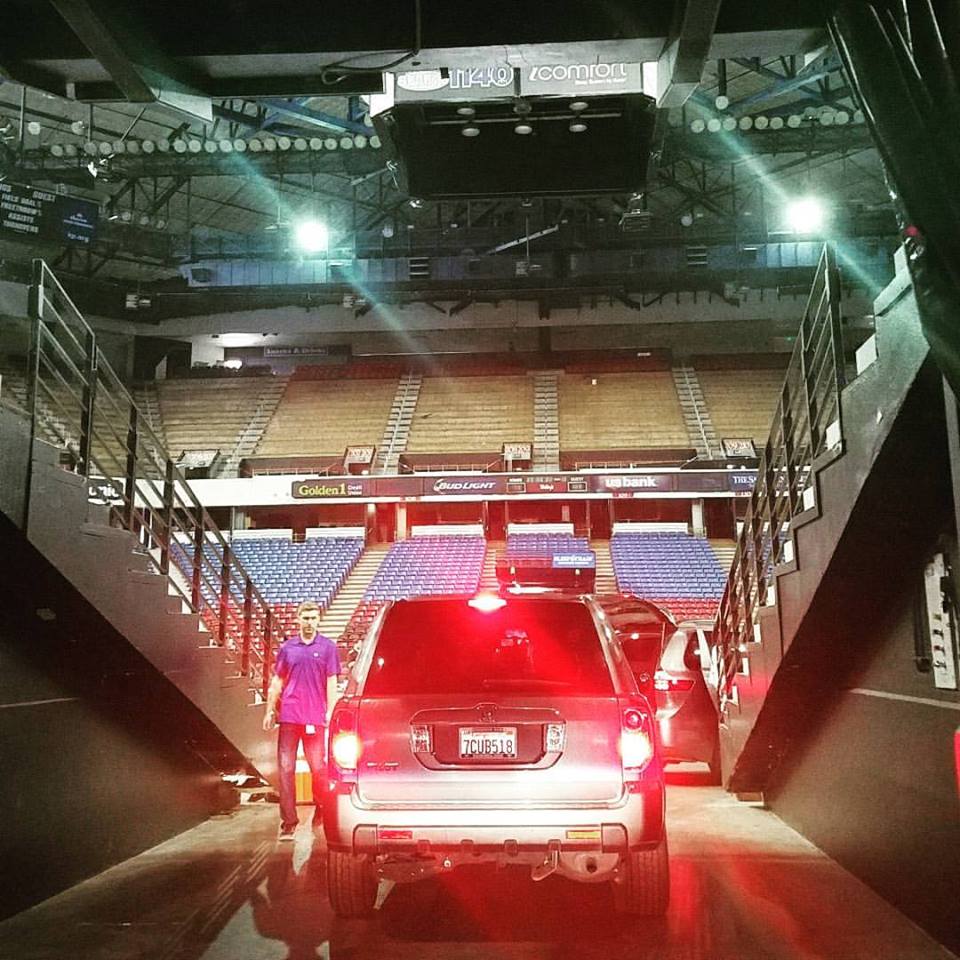 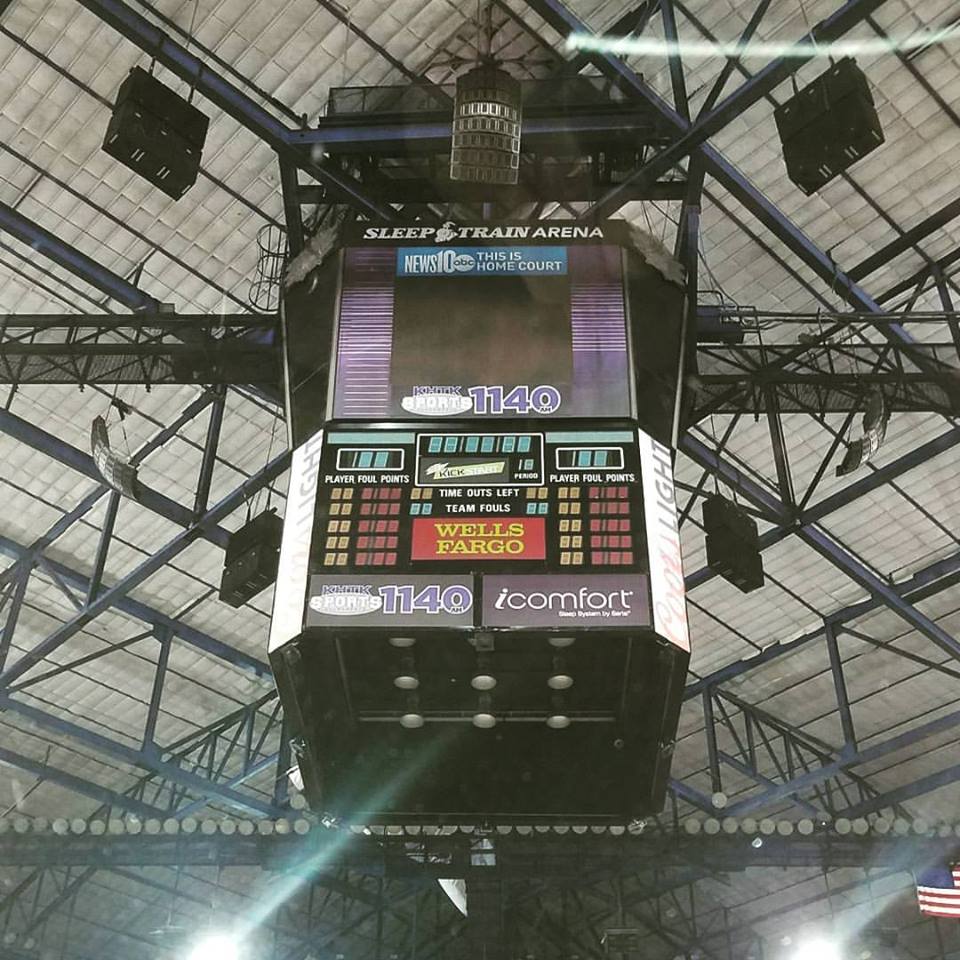 So yeah, my dad and I were completely amazed. We both agreed that out of all the time we've spent supporting this team, this was easily the strangest and coolest Kings thing either of us had ever done. We were parked on what used to be the court! On either side was row after row of dismantled seats. We could grab whichever ones we wanted as long as we didn't take more than we were allotted. Clearly our plans to try and track down our original seats wasn't going to work since that very clearly was not how this thing was gonna work. We found two pairs that we wanted, loaded them into the back of the car, and drove out from the depths of Arco one last time into the sunshine of a perfect fall day in the valley. 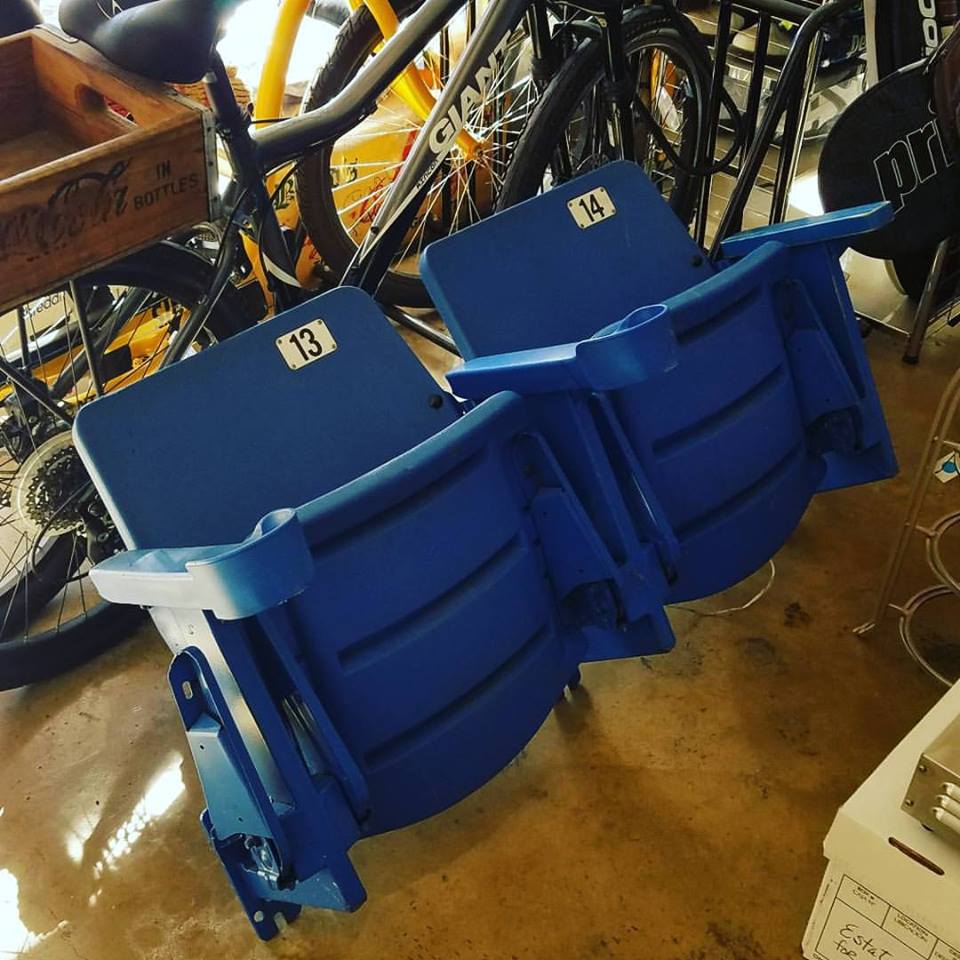 I plan on getting these seats up to my good buddy in Oregon so we can make the ultimate Kings man cave benches out of them. I have yet to decide whether to remove the wads of gum still petrified into the plastic of the cupholders; I think it adds a certain je ne sais quoi of Kings-ness to leave it where it is.

I want to thank and applaud the Kings organization for finding a creative way to recycle materials from the old barn before its inevitable demolition. This was a great way to cut down on waste going to landfills and for dedicated fans to keep Sacramento history alive.

I raise my glass to the old barn; for as fantastic as the Golden 1 Center is, it was always Arco that best seemed to embody the Kings and its fans, good, bad, and ugly.