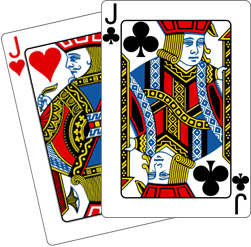 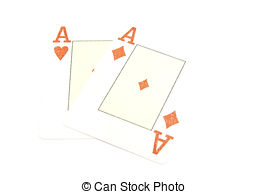 What is it that many of us Kings fans want this "season of re" (build/start/gress)? For me, I want to see guys come out and play hard first and play well second. Effort, energy and enthusiasm go a long way towards placating us fans.

As I, and many here, wear our hope on our sleeves that The Chosen 10 - yes ten - (Fox, JJackson, Giles, Mason, Bogs, PapaG, Malachi, Skal, Buddy and WCS) develop and mature into a consistently decent(vague definition) band of brothers, do we expect that to happen in a vacuum? Do we expect that ALL ten will be important cogs on a winning machine to the exclusion of all and any?

Yes - next season will add, I dream, a top 3 pick but what do you all expect 2 seasons from now? 3 seasons? 5 seasons? We look at the Men of Mentor: Z-Bo, Vince (Half Retired/Half Amazing) and George (oooey phooey) Hill will no longer be signed by then. What about the filler? The fillers are those mentors, veterans, G-Leaguers, warm bodies that are not those chosen ten (plus whatever is added 2018). Who should they be? Do they compete for playing time or not?

One example to this question that comes quickly to mind (to me) is Robert Covington. The 6'9" 225 lbs SF was, like Jack Cooley, undrafted in 2013 (Jakarr Sampson was undrafted in 2014). He joined the Rockets and played that same year for them and their Rio Grande Valley Vipers, in 2013-14. He was then signed by Philly, who were in the second year of "The Process". His first year with Phila. had them start 0-16 on the way to 18 wins for the season and the next year, 2015-16 saw The Sicksers lose at a record rate (28 consecutive dating to the previous year) and a dreadful 10-72 record. Covington has seen, breathed and bathed in Phailure. During that time rather than flounder, he made himself into the guy we see today: one heckuva player who just signed $62M/4 years at age 26. He is an inspiration - his hard work and perserverence has paid off.

Am I saying that Jakarr Sampson is the next Robert Covington? Heck no. But I am not saying he isn't either. I just ask that this franchise listen to their coaches and development team and not tell how to think and whom to play (Looking at you, Vivek), and that we fans keep our minds open to building a team that directs resources judiciously. Maybe that means Jakarr (or whomever) gets to piece together more PT in the Major Leagues or maybe not. Maybe he takes away minutes from JJack or Bogs or Harry (The Mirage) Giles. Maybe not.

I think that these Kings are at least two seasons away from "significance" (another vague alert). That's a lot of games to go before October 2020. That is a ton of waiting. An ocean of time that will pass slowly. Is the investment all in on draftees only? I don't think this franchise can afford to put the future of the farm into one basket of eggs. Develop The Chosen Ten but not to the exclusion of all prospects. You never know what you'll find if you keep your eyes and mind open.