I have witnessed the impossible: a Kings victory over one of the greatest offensive threats of all time, the Golden Horde of DubNation. Not only did our men defeat the interlopers, we true Purple People of #SacramentoProud drowned out the torment of a castle so besieged with DubNationals it might as well have been their own territory. Our men would not let them forget whose house it truly was. 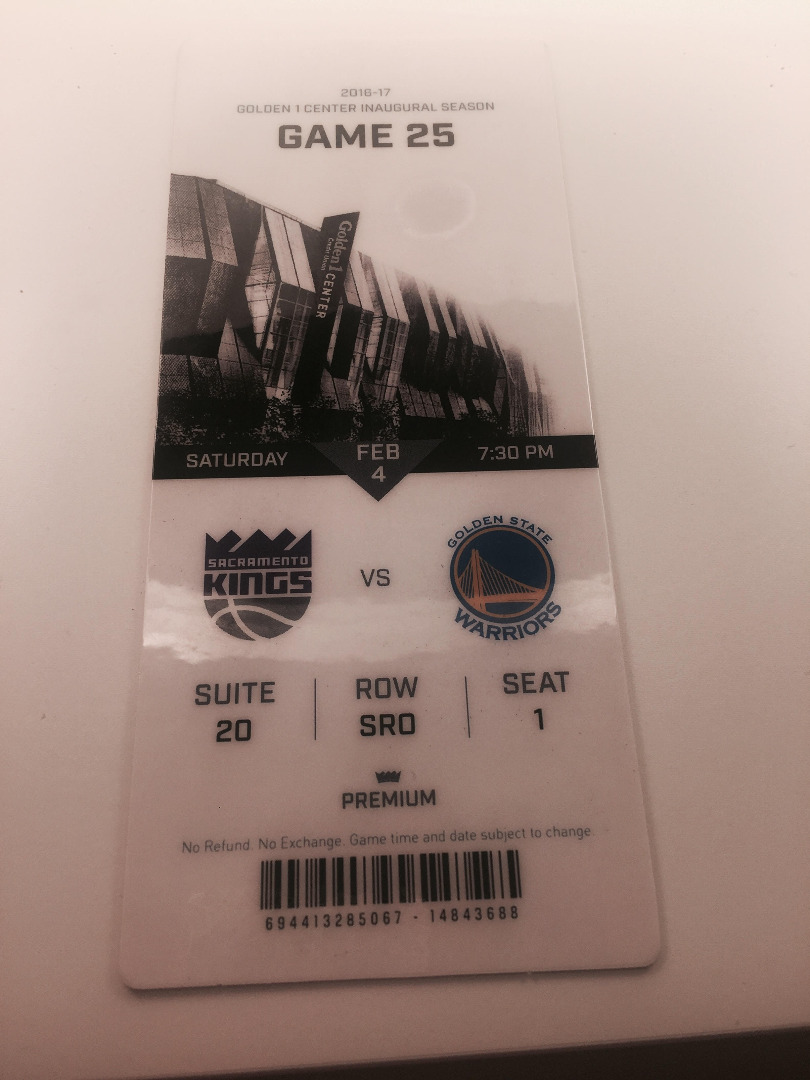 I have promised ye a fanpost, but so overwhelming was this game that it deserved more than mere words. I thought of all the fans who were not there to witness this monumental victory due to other commitments, life, time, money, or sheer apathy... and I thought especially of the loyal Kingsmen in other parts of the world, some of whom have never even been to Sacramento and certainly none of whom have had a chance to visit the new arena yet.

Indeed, some of you live in parts of the world with real castles, but the Golden 1 Center is the only castle I need. A beautiful design that my father described as "the exact opposite of everything" he always "hated about arenas". It is open and has fantastic sightlines. The building has LEED certification, the highest environmental rating available, and hanging plants along the outside walls like some Garden of Babylon.

I had to prioritize what video to capture, and I think I got a good mix of important moments. I didn't get Kerr's ejection or pretty much anything from halftime till the very end of the fourth quarter and overtime, but my phone's battery was dying AND—more significantly—I was running out of space. I am also attending the Pelicans game Sunday 2/12 so I will remember the lessons I've learned (although the Pelicans game might not even have enough great moments to be worthy of all this hard work to edit and post video, but let's hope it is worth it!)

The view from the suite: 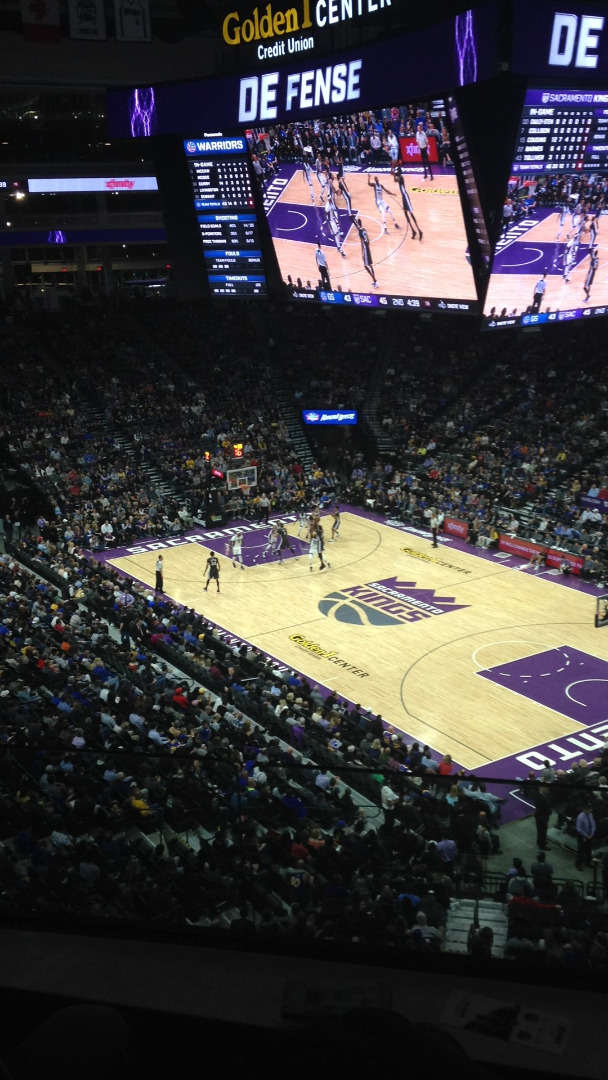 This was my second game at the new arena (my first was #KANGZgiving, the win over Westbrook and my first game in ten years) and my father's first. He earned free suite tickets—standing room only—through the company that services his copier. Before the season began, he requested two tickets to a Warriors game, and thank GOODNESS they gave him the tickets to this game instead of the other one! I told him we were about to witness a 33-point blowout against a Hall of Fame team. Instead, we WON in overtime and it was difficult to notice Kevin Durant was even playing (he did have five blocks, but provided almost nothing else). What a glorious day. Plus, we were able to sit even though the tickets were standing room only because the people in seats were late, and when they arrived, they insisted we could stay in our seats—I guess they didn't mind standing or just knew that we would appreciate the game more since we were on time.

"Funny, I don't hear the Warriors fans anymore..." I said as we walked down the stairs. "You weren't supposed to win," a Warriors fan grumbled, but in a lighthearted way. Everyone could appreciate the FANTASTIC game we had witnessed.

Then DMC got himself suspended during the ugly following game. Then the Kings BEAUTIFULLY beat the Celtics without DMC. Then we pulled off a miraculous win against the Hawks in which DMC's turnovers had us in a big hole, then the bench brigade made it close, and DMC was able to help get the ultimate win. What an up-and-down team! I'm good luck so far, so let's hope the Kings can indeed beat the Pelicans when I'm there on Sunday. And be sure to REC!