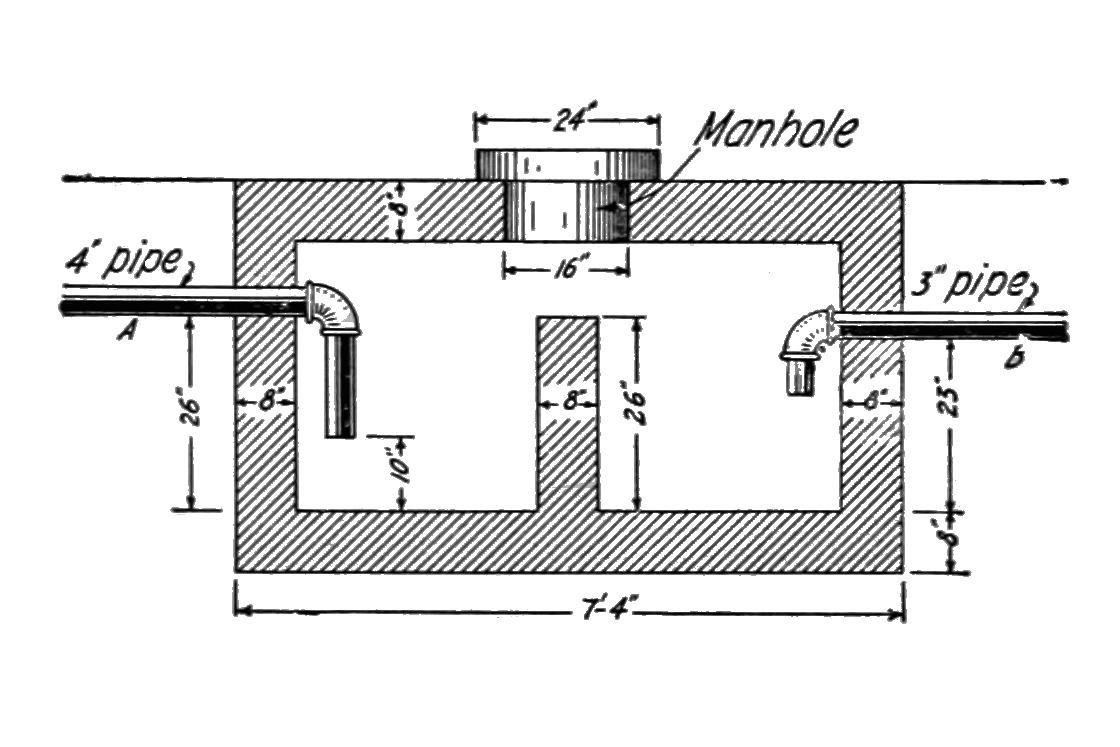 To limit tanking in the NBA let everyone make the playoffs.

No, seriously. Hear me out.

Tanking has become rotting blight in the NBA. More and more teams, earlier and earlier, have began "resting" players and "developing youth" in order to lose games and get a draft prize. And as horrid as it is for fans to watch, it makes sense for the teams. After a team is mathematically eliminated from the playoff picture there is no short term incentive to win more games that season. And a huge incentive to be a rotten team that gets a high draft pick of a potential star player at a small (relatively) contract price.

Since being out of the playoff hunt is the greatest detriment to competitiveness, we need to change that.

And this is how we do it.

EDIT 2: I originally (foolishly) believed this to be a new idea. Subsequently it was pointed out that similar ideas have been suggested by Bill Simmons and, oddly, Vivek himself. This will teach me to research more before writing. Anyway, this is what I came up with. EDIT 1: This isn't a finished proposal and I expect there are plenty of ways to tweak it and make it better. Also things I didn't consider. Please chime in below.

What I mean is, when the regular season ends, the bottom 8 teams in each division play in a new, exciting, SUDDEN DEATH (emphasis intended) "Wildcard Week" that culminates in one team from each division getting that 8th seed in their normal Divisional playoffs that we are familiar with now.

So the brackets would look like this, with the games played at the better seeds' homes: 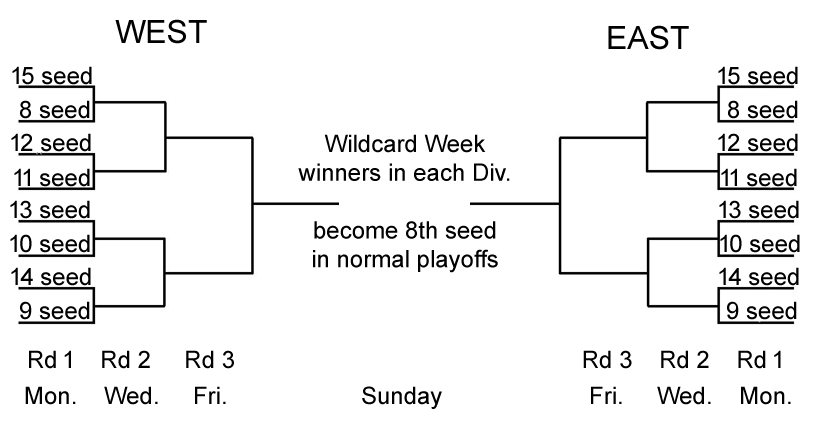 "What are the benefits of this, and why would this help?" - you ask.

Makes even the final games of the season mean something seeding wise.

Creates incentive for even the lower tier teams to remain competitive to obtain the possibility of a home Wildcard post season game.

Creates a real chance for even the lowest seeds to win a post season game against a mid tier team (instead of having to play top teams immediately.)

Good mid tier teams no longer "just miss" the playoffs and still have chance to advance.

Creates an incentive for a week of rest to teams with the best records to get healthy for playoffs.

Wildcard team winners will not get a week of rest, but will get to enter the normal playoffs with momentum on a 3 game winning streak.

Keeps fans interested because there is always that Cinderella team chance. Also tanking will be seen by fans as hurting those Cinderella playoff chances even to the last week of the season.

Adds 14 games to the playoffs over a one week period which can be offset by reducing regular season by 1 or 2 games per team (15 or 30 total games.) "Playoff" games can be charged more for (split between the teams.)

Players coming out of college are used to the sudden death playoff format so it will soon feel normal to everyone after a few seasons.

Finally, and most importantly, it is exciting. Much of March Madness' excitement comes from the "one and done" nervousness/excitement/energy. Every game of "Wildcard Week" is a "Game 7 of the playoff series" in potential drama.

Click here for the whole proposal in one package

Other Fanposts by Dave Lack