Oh joy! The Kings are back in the lottery! Hey, how is everyone? I am glad to be able to post my rankings for another year. Sorry I missed last year. For this year, it looks like the critics are right: this draft is awesome! I am very excited for this draft.

Kings fans, let’s just say that if the Kings do not draft a player that either becomes a future solid starter or someone that we can trade later for a top 50 player, I will be extremely upset. With three picks (2 first round, 1 second) I could actually see the Kings getting solid career NBA players from all three picks. Even players into the late first round could have very solid NBA careers. Not just as bench players but starters. I will be very surprised if there are not a couple guys picked in the 25-35 range that look like steals in a few years. Also, I don’t think there will be as many "busts" this year in the lottery as there usually are. This draft class looks pretty solid with most of the prospects in the top-14 having some intriguing skills and upside.

Let me quickly remind you about my system and what is different about it. My system doesn’t just look at the stats of this year’s draftees and spit out a number. Nor does it compare one player to the next. It was actually built by going back and working the stats of nearly 500 former NBA players, such as Michael Jordan, David Robinson, Gary Payton, Allen Iverson, and even Joe Klein and Olden Polynice. Yes, Olden. Since I knew how well (or not so well) those players turned out, I could tweak the system to get the most consistent results I could. Now, no statistical system is perfect obviously, and each year I miss horribly on some players, but when the system does find some gems like Isaiah Thomas, it makes me feel a little better! (NOTE: If you want a bit deeper look at the system, scroll to the bottom of the post and click on my very first draft post from 2008!)

Without further ado, let’s see how this year’s prospects stack up against NBA prospects of the past 30 years! (You can click on the player’s name to see a highlight video)

OK so here are my personal top-3 choices for the Kings at where they will draft:

Pick 5: Most likely Fultz, Ball, and Jackson will be off the board by then. So out of Fox, Tatum, Isaac, Monk, Markkanen, and Smith Jr. my pick would be: 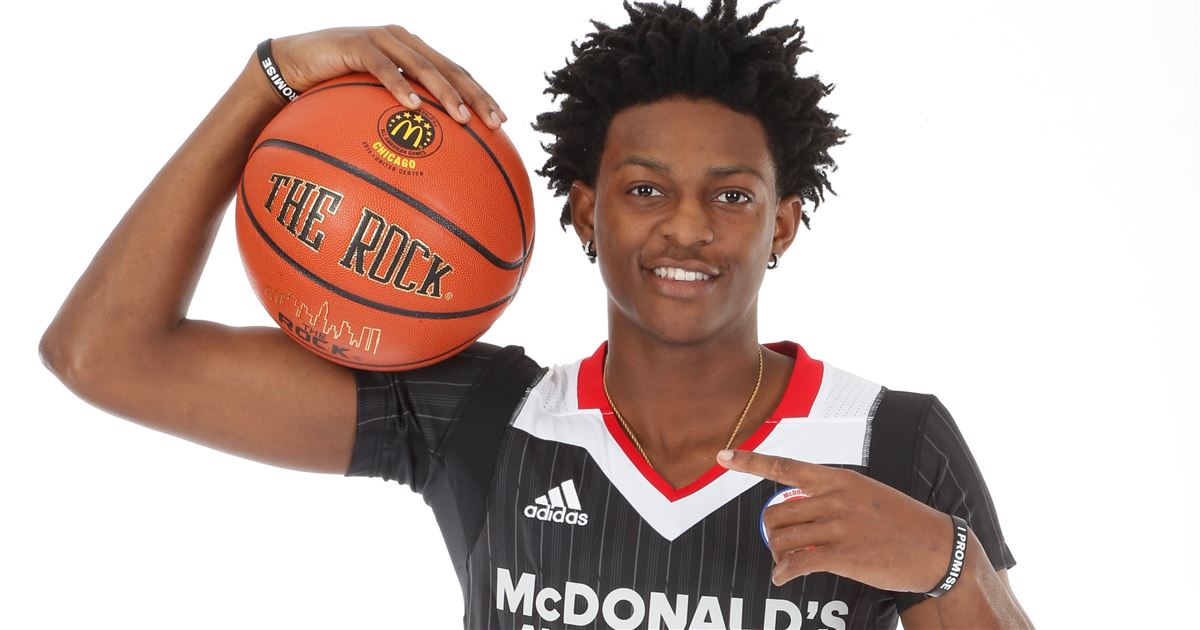 De'Aaron Fox – He is what the Kings need: An athletic, fast, skilled point guard with leadership qualities. He is also high on confidence which is usually a good thing as long as he still brings a high work ethic to his career. I really do wish his 3-point percentage was higher (24.6) because in the NBA, if you can't shoot from deep, it's SO much easier to guard you. Look at Tyreke Evans as a prime example. The good news is that his shot is not as broken as Evans' was. Still, it is a big concern going forward. He will have to improve.

My second pick after Fox would be either Jason Tatum or Jonathan Isaac. I can’t decide. OK, I know if I was the GM, I would have to choose but I am not (thank goodness). Both of these players would be an instant upgrade at small forward over, uh... nobody at the moment with the departure of Rudy Gay. I like Tatum slightly better as a playmaker (2.6 assists per 40 mins/only 1.8 per 40 for Isaac) since he handles the ball more and is a better dribbler than Isaac. Tatum also can guard three positions while Isaac probably only two.

Isaac has better intangibles. He averages a nice 1.8 steals and 2.3 blocks per 40 and has slightly better shooting percentages from the field (50.8) and from three (34.8) than Tatum. Both Tatum and Isaac are athletic, freshman, and have a high basketball IQ. I really believe that either of them would be a good pick. I think the *slightly* safer pick would be Tatum, but Isaac may have a higher potential. For some reason, Tatum reminds me a bit of Rudy Gay and Isaac of a taller, lankier Buddy Hield.

I must admit that my GUT is telling me take Dennis Smith Jr. at 5 if Fox is off the board. I really like his game and his moxy. He has the type of game that could either be just another solid guard in the NBA or if he figures it out, could really exceed expectations. I am worried he won’t fall to number 10. In fact, I am sure of it. The reason why I decided to choose Tatum/Isaac after Fox is that there are some other pretty good point guards to choose from around the tenth pick, but not many other solid small forwards. If the Kings are super high on Dennis Smith Jr. and Fox is off the board at 5, I would be totally happy to see Smith’s name called at 5. By the way, it may surprise you but compared to past NBA drafted players, Smith Jr.’s stats are closest to John Wall. Yah, I would be fine with a John Wall type talent on the Kings.

For the 10th pick with Fultz, Ball, Jackson, Tatum, Isaac, Monk, and Smith Jr. for sure gone, and assuming the Kings take Fox with the fifth pick, my pick would be Lauri Markkanen. I know that the Kings don’t really need yet another 7’ big man on their roster, but Lauri is different. This 7 footer can knock down a three (42.3% on 5.7 attempts/40) with the skill of a shooting guard. Not only that but he runs the floor pretty well and can attack the defense on occasion when the offense is spread. Now he is not a defender of note (read poor), with less than 1 block and steal per 40 minutes and a low foul rate, which in his case shows that he is not a very aggressive defender. Except for the fade-away jumper off one foot, Lauri really does have a Dirk Nowitzki skill set – on BOTH sides of the floor. Markkanen may be a bit more athletic than Dirk was but Dirk is a better rebounder, stronger, and probably even better on defense. Yikes.

My second pick for the 10th spot (my FIRST pick if the Kings do not draft a PG with the fifth pick) is Frank Ntilikina. Frankly, he would be my top pick above Lauri no matter what, but I am just not sold 100% on his stats. He had a big finish to his season leading his French team to some nice victories and inflating his stats in the process. Now that could be a great sign that he was just about to bust out and show that he deserves to be a top-5 pick. The thing that I LOVE about him is his defensive prowess. He is a hawk on D. He averaged 3.2 steals and 1.7 blocks per 40 at the U-18 European-A Championships last year. He also shot 58.6% from three. My only issue is again, that was only a six-game window. It could have just been a total aberration. He did average 1.5 steals and 40.6% from three during his full season this year (42 games) so that is still good quality and he is only 18 years old, younger than Fox, Markkanen, and even Lonzo Ball, so he has much room to improve.

My third pick would be between Justin Jackson and Jawun Evans. Evans reminds me of Darren Collison with even more future scoring potential. He is a very good defender like Collison (2.5 steals/40) and has a very good jump shot (38% from three). Check out his highlight video and tell me he doesn’t remind you of Collison a little. Jackson, on the other hand is a bit of an enigma to me. This 6’8" junior small forward has improved a lot from his freshman year. He shot 29% from three on 3 shots per game for his sophomore season and 37% on 7.1 attempts this season. Huh? How did he do that? He has very low steals (1 per 40) and virtually no blocks which is odd because he seems very active on both ends of the floor. He is a bit wild and raw even for a junior but he shows potential to become a really solid small forward in the NBA if he can figure out the league and settle himself down some. At this point I may prefer the Kings take a look at Jackson at 10 over Evans since it is not hard to find a decent and (more importantly) already established 6’1" point guard in the free-agent market. Hey, isn’t Darren Collison available?

I am not a big fan of T.J. Leaf or both of the Collins players for the Kings. The Kings already have better talent at the power forward and center position and I would rather take a look at a small forward, or either guard spot. I would actually take OG Anunoby or Dillon Brooks over those three.

Now quickly I want to name some players I think could be good picks at #34.

1. Dillon Brooks – I really like his game. He is a smart, crafty player and at 6’7", 215 can play either shooting guard or small forward. I really think he is being very underrated. He reminds me of one of those players that San Antonio pick up in the late first round that three years from now everyone says "why didn't he get drafted higher?" He shoots the three very well (40.4% on 6.4 shots/40), is more athletic than he looks, is a decent ball-handler, and is a willing and capable passer (4.3 assists/40). He is also a good defender. I would love to see the Kings use their second round pick on him. People, don't sleep on this guy if we are lucky enough to see him drop that far.

3. Caleb Swanigan – This Purdue 6’9" (7’3" wingspan) sophomore power forward can, like Ojeleye, really hit the three (44.7% on 3 shots/40). He also absolutely gobbles up rebounds (15.4/40) and dishes out a shocking 3.7 assists per 40 minutes. His main weakness, besides being slow of foot, is that he turns the ball over at a very high rate. Most of his 4.2 turnovers come from getting the ball poked away on his back-to-the-basket moves. Swanigan has overcome weighing over 350 pounds in his past to become a true NBA prospect.

4. Nigel Williams-Goss – This 6'3" point guard took his team to the NCAA championship game. He just oozes confidence and seems to get more out of his talent then most of the players in this draft. He may not be the flashiest or fastest point guards, but he is solid and rarely makes mistakes (6.2 assists with 2.6 turnovers per 40). He is also a very capable defender, usually guarding the best guard on the opposing team. He should turn out to be a solid NBA player.

For further enlightenment on my system, and possible amusement, here are my previous player rankings for you to peruse: